How can the race to the top be fair if some begin way behind the starting line? 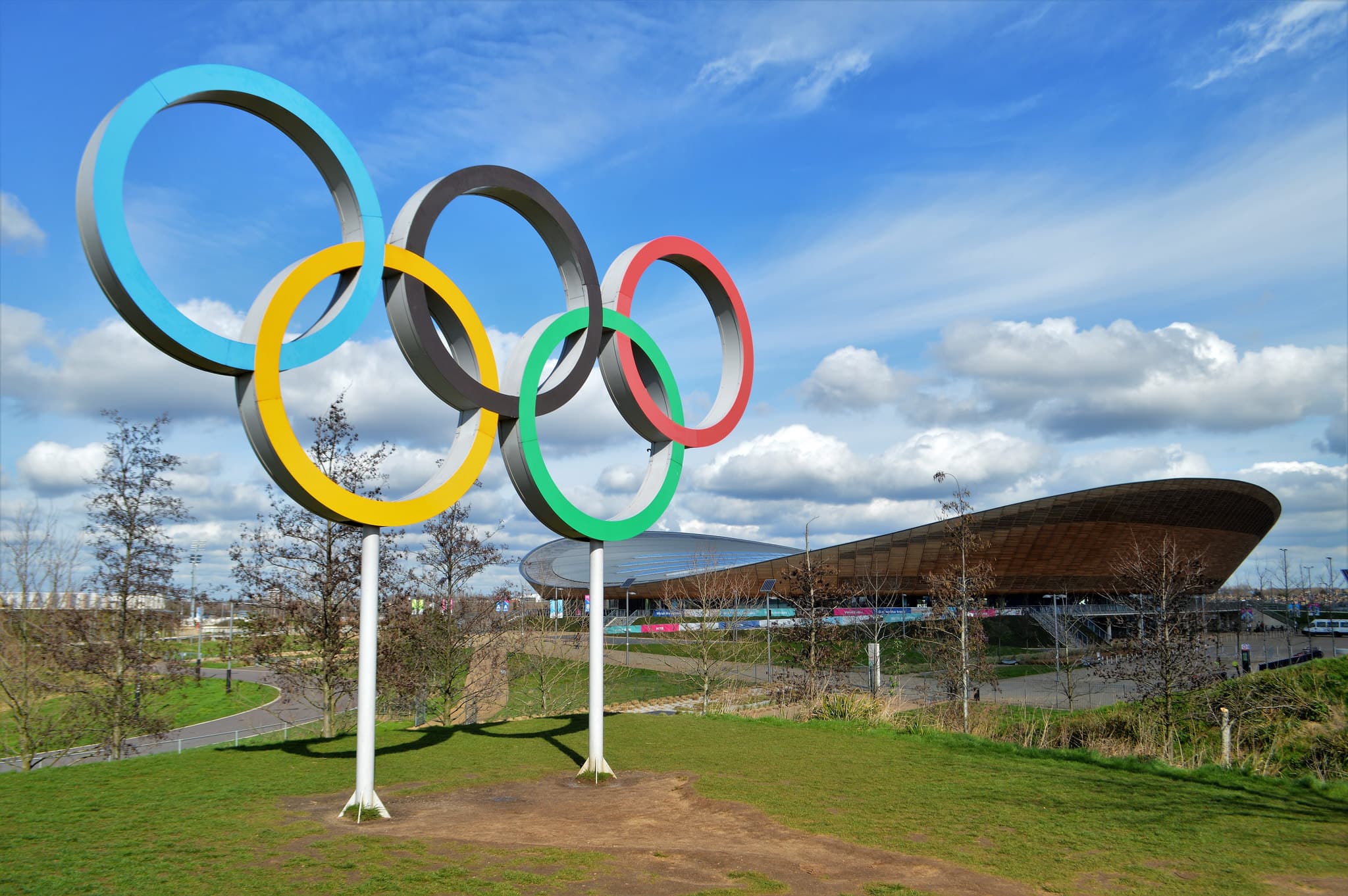 The Olympics provides a great opportunity to take a closer look at the popular myth of meritocracy, where winners come out on top thanks to hard work and losers simply just weren’t good enough. That the discussion during this most recent Olympics has been centered so much around performance-enhancing drugs really drives this point home in a way I have not seen discussed, but I think should be, because we should really stop and question our seemingly unquestioned beliefs of a world that rewards the deserving and punishes the undeserving.

The truth behind contests of physical prowess like the Olympics is that they are largely a celebration of genetics. Of course hard work and access to resources are involved too, because genes can rarely be entirely independent of environment, but given two Olympians who worked exactly as hard as each other and with access to identical training and resources, then all else being equal, the gold medal will essentially be rewarding the winner’s parents. It’s one thing if our stated goal is to celebrate DNA instead of hard work, but it isn’t. We celebrate the hard work and skill that goes into winning. Or at least we say we do, but performance enhancing drugs lays bare that lie to ourselves.

Performance enhancing drugs are commonly discussed as providing an unfair advantage, and that we need to level the playing field by doing everything we can to prevent their use. However, the unpopular truth is there are cases where drugs can actually be responsible for a more level playing field, if we care more about hard work that is, instead of how genes work.

Let’s take an imaginary case of two Olympians and let’s call them Bill and Ted. Bill was born with a body whose muscle cells function at a slightly higher level than Ted’s. Bill and Ted both train incredibly hard for years, but Ted puts in just a bit more effort than Bill. In the end, Bill wins the gold medal though, not because he worked harder, but because his parents’ gametocytes together provided an advantage that Ted's effort couldn't overcome. No one really considers sperm or eggs as unfair advantages though, and so in this case, Bill is celebrated as a true champion.

Now let’s imagine an alternate timeline where Ted used performance enhancing drugs, but in a way that essentially granted his muscle cells the exact same abilities as Bill’s. In such a circumstance, Ted has not given himself an advantage at all. He has simply leveled the playing field. Again, both Bill and Ted train for years, but with Ted putting in just a bit more work. This time, because their genetics are effectively identical but Ted put in more effort, Ted wins the gold. This should be considered a meritocratic outcome, but it’s not. Ted is later tested positive for drugs and his medal is stripped away. He’s not seen as a champion, but a cheater.

How odd is it that we can celebrate uneven starting points as equal, and denigrate equalized starting points as cheating? But that’s what we do, day in and day out, not only in the Olympics, but in our everyday lives. There is no level playing field. There is no meritocracy. Every day “winners” are born thanks to sperm, eggs, money, and pure randomness. Every day “losers” start races way behind the starting line, on empty stomachs, without any shoes, with weights shackled around their ankles and their bodies covered in life’s daily bruises, and when they don’t win, we look down on them for not trying hard enough.

To be clear, I’m not making an argument here for the unbanning of all performance-enhancing drugs, because it is indeed possible to go beyond leveling the genetic playing field and into the realm of uncrossable physical performance gaps regardless of any amount of skill and effort. I’m simply pointing out that this argument is more complex than “drugs are bad.” The complexity arises in acknowledging that some bodies effectively manufacture their own drugs, and without acknowledging that, we perpetuate unequal starting points and the great myth of meritocracy.

As a further example, imagine for a moment that it was considered unfairly "performance-enhancing" for an Olympic swimmer to shave their body or a wear a cap. Those swimmers who were naturally hairless, would of course have a genetic advantage, but it wouldn't be seen that way because it was a product of genes that prevented hair, and not technology like a razor or wax. In this case, would you argue that technology could level an unlevel field, or that technology would provide an unfair advantage? What if someone had so much money they could afford the technology to alter their genes to remove their hair? Would that be cheating, or would it be playing by the rules?

We say we want a world where everyone starts on the same starting line, where no one races toward the finish line without shoes or shackles or empty stomachs, but we celebrate the crowning of those with unfair advantages as matter of course. We put our billionaires on pedestals, even when their parents were billionaires, and lie the great lie that they earned it just as if they had started with nothing.

In what world can someone like Donald Trump claim to be a self-made man who started from nothing despite starting with far more than most of us can even dream of ever attaining in an entire lifetime of the hardest work imaginable? This world is the unfortunate answer.

However, perhaps the greatest lie of all, is how we even confuse complete randomness with what is earned and deserved. Pure dumb luck can be the difference between a gold medal and never even crossing the finish line because a bee just happened to sting you and you just happened to be allergic to bees. Random variation can be such a powerful and yet largely unacknowledged predictor of outcomes. I think one of the strongest examples of the power of randomness is revealed in a study of judges and their stomachs.

Most of us tend to believe in a justice system where justice is served blindly. The law is the law, right? Well, it turns out that judges vary their sentences according to how hungry they are.

Randomly appear before a judge right before their lunch, and you will end up worse off than had you randomly appeared before that same judge right after their lunch break, on a full and happy stomach. Recognize that and consider just how many lives have been altered based on that pure randomness. How many people got a second chance because their last name put them first? How many people were given harsh sentences because they drew the short straw?

Considering our Olympic analogy again, how many people have won medals and how many never even placed, based not on genetics, hard work, or performance enhancing drugs, but ultimately the luck of the draw?

If we truly do want a meritocracy, we need to stop lying to ourselves and recognize uneven starting lines whenever we see them. If we want the winners of races to be the ones who most “deserved it" based on effort and skill, then we should want to make sure the winners are winning because they should have won fair and square, and not because their competition had no shoes. So how can we do this?

One of the greatest steps we can take toward a more real meritocracy is to provide everyone an unconditional basic income. The only way we can make sure winners aren't just winning because their competition had insufficient access to resources is to make sure everyone has the same minimal access. It's starting line logic. Just provide everyone an amount of money sufficient to eliminate poverty as a new starting line to race from. All income earned above that amount is kept so there are still winners and losers, but the winners won’t win simply because those who could have beaten them were weighed down, and the losers won’t lose simply because the race had beaten them before it even began.

There are other steps we can take to level our playing fields by increasing opportunity, and how to best go about doing so is a great discussion to have, especially during the Olympics. What kind of world do we want? Do we want a world where people can be born with nothing and achieve everything? Or do we want a world where the circumstances of our births increasingly determine the courses of our lives more than any other factor?

I offer that the answer to these questions could very likely determine the very fate of our species, for the owners can only own so much before the Olympic Games become the Hunger Games.

Read This Next
Give Me Cash
Scientists Discover That Money Actually Can Buy Happiness
Market Madness
Bill Gates Says He's Quite Concerned About the Global Economy
Brands We Love
Now Anyone Can Invest in Real Estate Thanks to This Innovative Online Platform
Brands We Love
This Real Estate Platform Lets Investors Save Time and Money Like Never Before
Fun Drive
A Note From The Publisher of Futurism
More on Future Society
I Silence Thee
Jan 28 on futurism
Leaked Messages Seem to Show Elon Musk Using Twitter to Punish His Enemies
Gas Giant
Jan 27 on the byte
Journalist Eats Lab-Grown Chicken, Gets "Weirdly Gassy"
Musk Rats
Jan 26 on the byte
Twitter Is Quietly Re-Suspending the Lunatics Elon Musk Let Back On
READ MORE STORIES ABOUT / Future Society
Keep up.
Subscribe to our daily newsletter to keep in touch with the subjects shaping our future.
+Social+Newsletter
TopicsAbout UsContact Us
Copyright ©, Camden Media Inc All Rights Reserved. See our User Agreement, Privacy Policy and Data Use Policy. The material on this site may not be reproduced, distributed, transmitted, cached or otherwise used, except with prior written permission of Futurism. Articles may contain affiliate links which enable us to share in the revenue of any purchases made.
Fonts by Typekit and Monotype.