Understanding Why Earth is Habitable: Meet the Magnetosphere (infographic) 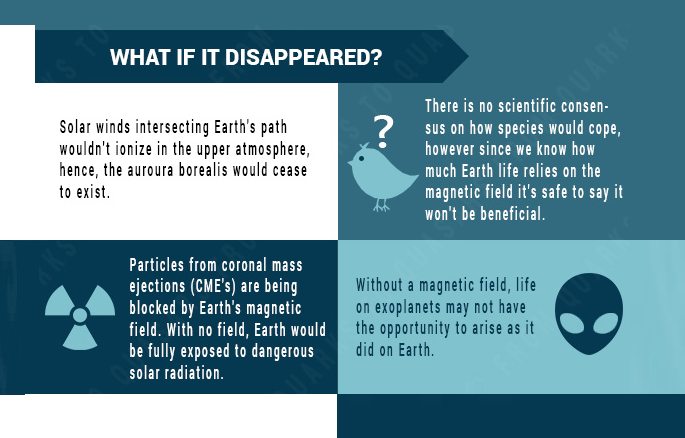 In case you didn’t know, the universe is a terribly hostile place for most lifeforms. At least, it is if you don't have proper protection. Take our own star, for example. The Sun gives life to everything on Earth, but it is also a violent inferno that shoots off high energy particles that could seriously disrupt Earth's natural systems.

Fortunately, for us, our planet has protection. Ultimately, the Earth is encased in a magnetic field, which is generated by the rotating, liquid iron core at the center of the planet (otherwise known as a “dynamo”).

We need this field because (occasionally) our sun will produce violent solar storms. Solar storms generally occur as a result of variations in the Sun’s magnetic field lines. When these field lines fluctuate, the matter they contain is released out into the solar system. These super-heated particles blast from the Sun at speeds exceeding 600 miles per second (1,000 kms), and they can contain over 200 billion pounds of material (100 billion kilograms).

In fact, our planet is constantly bombarded by a steady stream of high energy particles from the Sun.

Here, we have compiled some interesting facts about the magnetosphere and what would happen if it went away. So take a moment to get to know Earth's silent guardian: