Toxic Byproducts From Farms Are Destroying Our Environment

How dangerous are under-regulated farms? 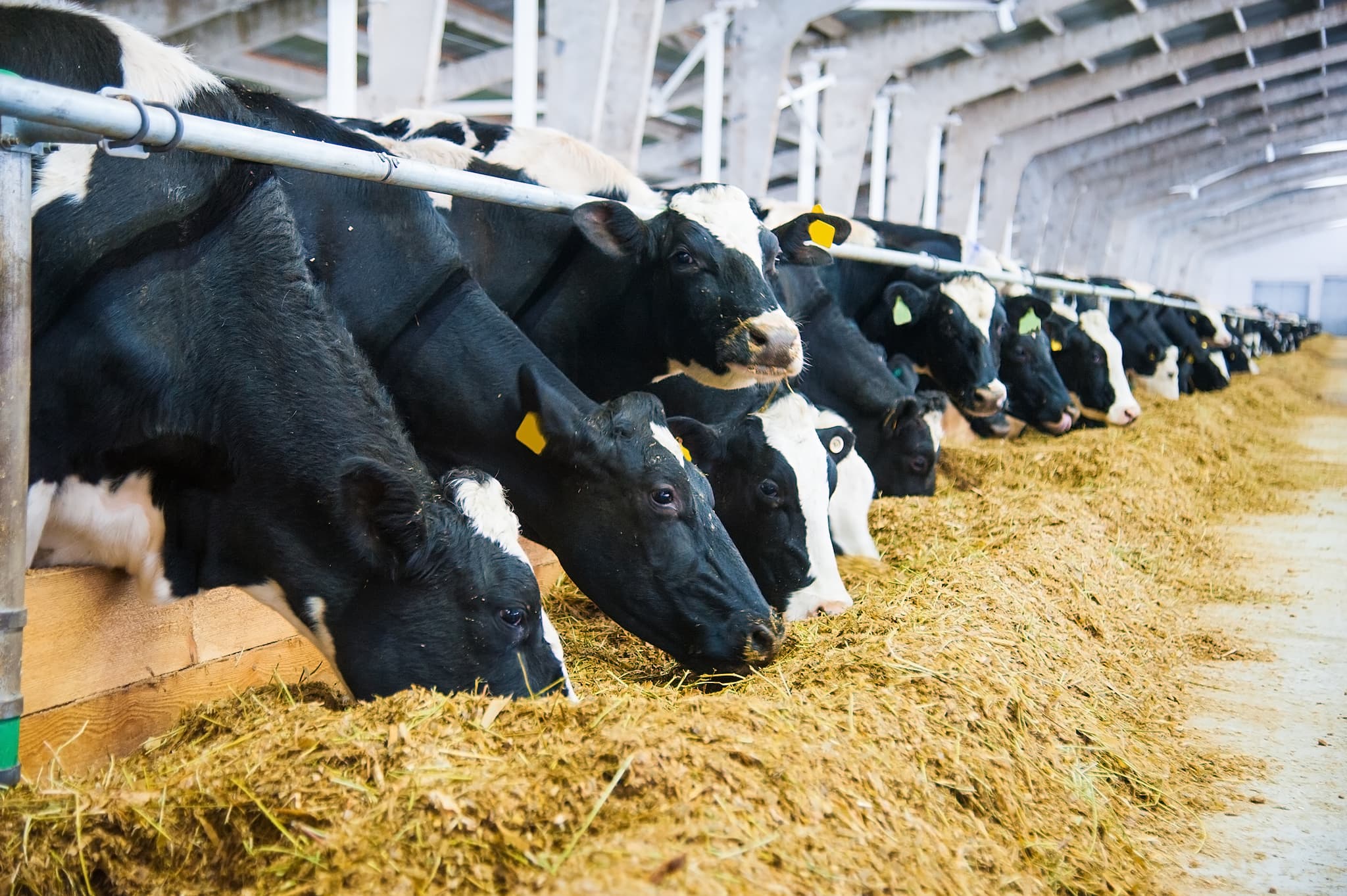 Livestock farming in industrialized nations mostly takes place on large enclosed farms. In the US, these are known as Concentrated Animal Feeding Operations (CAFOs). CAFOs each hold hundreds or even thousands of animals in close quarters, making them a prime source of agricultural waste. Various public health agencies, including the Centers for Disease Control (CDC) and environmental groups, argue that CAFOs are major polluters of both water and air and should be more stringently regulated. Typically, farmers and trade organizations respond by saying that CAFOs are already sufficiently regulated and pose no threat to the environment or nearby communities.

The UK is experiencing a similar problem with dairy, pig, and poultry farms. A recent investigation conducted by the Bureau of Investigative Journalism found that once a week these farms, on average, release harmful pollutants in both England and Wales. The investigation also discovered that, although many farmers do follow regulations carefully, some violate them so routinely that they apparently calculate paying pollution fines as part of their cost of doing business. Additionally, CAFOs in the US and farms in the UK both rely upon government subsidies.

On April 11, 2017, the US Court of Appeals for the D.C. Circuit struck down a 2008 Environmental Protection Agency (EPA) rule that exempted livestock farms from reporting animal waste hazardous air emissions. The EPA may yet appeal to the Supreme Court, but if it doesn't, CAFOs will need to report emissions of substances like hydrogen sulfide and ammonia starting later this year.

The Price of Livestock

Manure is the source of most CAFO air emissions, and the more concentrated the farming endeavor, the more concentrated the emissions and therefore the greater potential for environmental and public health impact. As manure breaks down, it generates hazardous substances that are already regulated under the Clean Air Act, including volatile organic compounds, ammonia, nitrous oxide, hydrogen sulfide, and methane. Ammonia contributes to soil and stream acidification and particulate air pollution. Nitrous oxide and methane are potent greenhouse gases that hasten climate change—in fact, farms account for 9 percent of greenhouse gas emissions and farm and ranch runoff is the leading cause of impaired water quality in the U.S.

Both hydrogen sulfide and ammonia can irritate the nose, eyes, respiratory tract, and throat. People who live near CAFOs have increased exposure and inflated health risks compared to people outside the impact radius. They are more likely to experience acute or chronic asthma, respiratory irritation, immune suppression, and mood disorders. Children who attend school close to industrial hog farms, for instance, have higher than average rates of asthma.

One research study analyzed the distribution patterns of 2,500 hog CAFOs in North Carolina and discovered that there were 7.2 times more CAFOs in areas with the highest poverty levels and there were five times more hog CAFOs in areas with the greatest percentage of nonwhite residents. The study conclusively found that schools close to hog CAFOs had more children of color and low-income children. A similar study in Mississippi found the same pattern, as did a study of industrial poultry farms in Maryland.

In the US, farm pollution is under- and poorly regulated because there are farms in almost every congressional district, and national farm lobbies fight all forms of environmental regulation. In the UK, regulations often exist but go ignored. The investigatory Bureau revealed instances of manure being released into waterways, noxious fumes being emitted, and carcasses being illegally dumped, acts which are mostly illegal but all capable of seriously damaging ecological systems. “If you’re trying to restore a river, you cannot have frequent pollution dumps, with fish dying,” said Dr. Stephen Marsh-Smith, CEO of Afonydd Cymru, the Welsh river protection organization. “It can take up to 10 years to recover. Poor regulation and enforcement by government is allowing this to happen.” National Resources Wales chair, Diane McCrea, confirmed to the Bureau that slurry incidents happen about once weekly and remain consistent.

University of Michigan Center for Sustainable Systems Senior Research Specialist Martin C. Heller points out that farmers have multiple options for reducing emissions. They can modify the diets of their livestock. They can use devices called anaerobic digesters, which capture methane from manure, reducing its presence as an air pollutant and making it usable as an energy source. According to the EPA, 259 digesters are now operational in the US on farms. They can treat manure to reduce ammonia and greenhouse gases, or use biofilters to remove pollutants before venting air from farm buildings.

However, Heller points out that these systems have all yet to be fully scaled up, and almost all research on mitigation techniques has focused on enclosed building CAFOs, even though open-air beef cattle feed lots are common.

Sacoby Wilson, University of Maryland-College Park Assistant Professor from the Maryland Institute for Applied Environmental Health, indicates that there may be environmental justice avenues that populations vulnerable to agricultural waste can pursue. Wilson and others agree that the recent EPA case is important because it will force CAFOs to follow EPA regulations for monitoring and reporting emissions covered by the National Ambient Air Quality Standards. This may, in turn, lead to more close monitoring of CAFOs and their pollution, which could help to change zoning and health ordinances.

In the UK, Mary Creagh MP, chair of the Environmental Audit Committee, is arguing that farms which pollute the environment should lose their government subsidies. “This is corporate crime,” she told the Bureau. “If you damage the water with slurry or the air by releasing ammonia, you should lose your subsidies. The government needs to crack down on serial offenders who consistently break laws.”

She added that water companies that pollute rivers are fined millions, and it should be no different for farmers. “There are farmers across the country causing the same amount of damage and getting away with a slap on the wrist.”

Sheffield University environmental engineering professor David Lerner thinks the Environment Agency which regulates the problem in the UK must be reformed. “We need more frequent monitoring, more surprise visits, more volunteers,” he told the Bureau. “If this problem grows we’ll be getting back to the situation where our rivers used to be killed by industrial and municipal waste. We sorted out that problem but we’ll replace sewage-related pollution with farm-related pollution.”

Clearly, no one has a complete solution. However, given how serious the problem is, it seems appropriate to try every possible fix.

Read This Next
Futurism
12,000 Tons of Food Waste Saved This Forest — and Could Help Us Save the Planet
More on Earth & Energy
Stem Ware
Yesterday on the byte
Scientists Discover World's Oldest Preserved Vertebrate Brain
From Bad to Worse
Thursday on the byte
Global Warming Is Worse Than We Thought, AI Tells Scientists
RIP Fred
Thursday on the byte
Instead of Predicting Length of Winter, Groundhog Simply Dies
READ MORE STORIES ABOUT / Earth & Energy
Keep up.
Subscribe to our daily newsletter to keep in touch with the subjects shaping our future.
+Social+Newsletter
TopicsAbout UsContact Us
Copyright ©, Camden Media Inc All Rights Reserved. See our User Agreement, Privacy Policy and Data Use Policy. The material on this site may not be reproduced, distributed, transmitted, cached or otherwise used, except with prior written permission of Futurism. Articles may contain affiliate links which enable us to share in the revenue of any purchases made.
Fonts by Typekit and Monotype.