This U.S. Company Is Offering to Put Microchips in Their Employees

Meet the cyborg employees of the future. 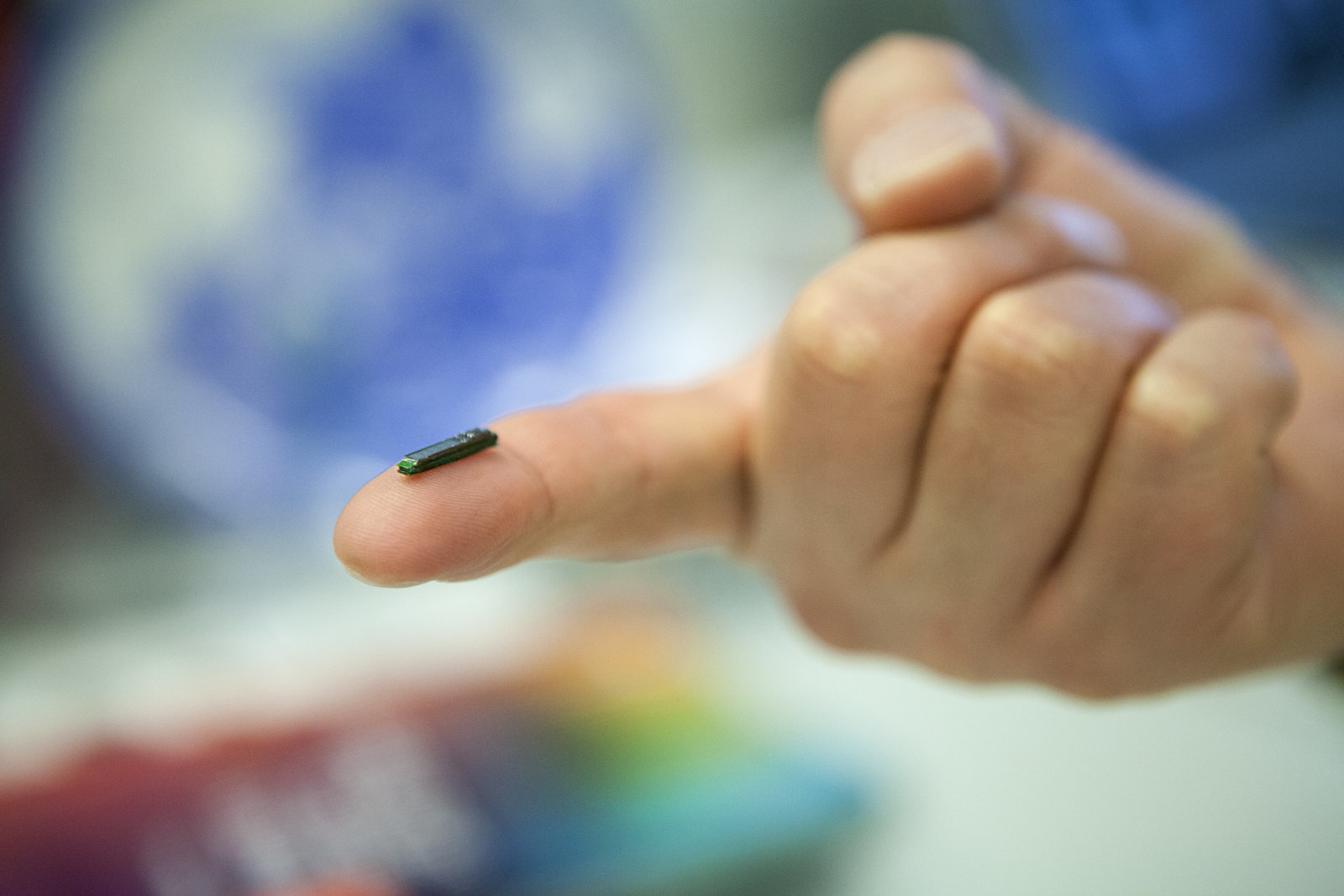 With a Wave of the Hand

A vending machine company based in Wisconsin is about to introduce a revolutionary technology in the United States. No, it's not a new kind of vending machine, but it may be the future of purchasing vended goods, among other things.

Last week, Three Square Market (32M) announced via a press release that they will begin offering microchip implants to all of their employees as of August 1.

"Employees will be implanted with a [Radio-Frequency Identification] chip allowing them to make purchases in their break room micro market, open doors, login to computers, use the copy machine, etc.," according to the statement. Essentially, implanted employees will be able to do things like buy coffee with a wave of their hand —like a Jedi.

Each RFID chip is as small as a grain of rice and will be implanted under the skin between the thumb and the forefinger. The chips each cost about $300 — an expense the company is covering — and while getting the implant is optional, 32M says it expects more than 50 of its employees to volunteer to be chipped.

The implants are being created by BioHax International, a company based in Sweden, which is also home to Epicenter, the first company known to have implanted microchips in their employees.

While these implantable chips sound futuristic, merging technology with the human body isn't exactly a new thing — prosthetics and brain-computer interfaces (BCIs) are two better known examples. Generally, these pairings have some sort of medical purpose, though, aiding in the restoration or improvement of ailing body parts or helping a person regain movement lost due to injury.

The kind of implant 32M is offering, however, isn't exactly in the same league. The RFID chips are designed to carry information, usually personal, that would grant employees access to certain services. As such, these devices are prone to potential security and privacy problems or could even cause health issues.

“Companies often claim that these chips are secure and encrypted,” Alessandro Acquisti, IT and public policy professor at Carnegie Mellon University’s Heinz College, told the New York Times. However, “encrypted” is “a pretty vague term,” he added, “which could include anything from a truly secure product to something that is easily hackable.”

Anticipating such concerns, 32M prepared an FAQ list where it guaranteed that the chips aren't trackable and don't even have GPS capabilities. According to this list, the chips only contain the information employees choose to link to them. Still, Acquisti urges caution as the functionality of the chips could change after implantation. "It’s very hard to predict or stop a future widening of their usage," he asserts.

Clearly, while this technology promises an exciting future, employees should carefully consider all angles before committing to it.

Read This Next
Futurism
Trying to Quit Drinking? This Implant Will Snitch If You Fall off the Wagon
Futurism
A Biohacker Put an Implant in His Hand to Pay for Public Transport
Futurism
Researchers Just Found a Way to Create Better Bionic Eyes
More on Enhanced Humans
Brain Transparency
Feb 3 on futurism
Duke Professor Welcomes the "Promising" Future of Employers Reading Your Brain
Brain-Computer Im...
Jan 3 on the byte
Neuralink Cofounder Says New Company's Eye Implant Could Be "Ultimate" VR Tech
Eyes Have It
12. 30. 22 on futurism
Meet the Neuralink Cofounder Who Left and Started a Competitor That's Now Rapidly Catching Up
READ MORE STORIES ABOUT / Enhanced Humans
Keep up.
Subscribe to our daily newsletter to keep in touch with the subjects shaping our future.
+Social+Newsletter
TopicsAbout UsContact Us
Copyright ©, Camden Media Inc All Rights Reserved. See our User Agreement, Privacy Policy and Data Use Policy. The material on this site may not be reproduced, distributed, transmitted, cached or otherwise used, except with prior written permission of Futurism. Articles may contain affiliate links which enable us to share in the revenue of any purchases made.
Fonts by Typekit and Monotype.