It costs $299 and is basically a smartphone for your face. 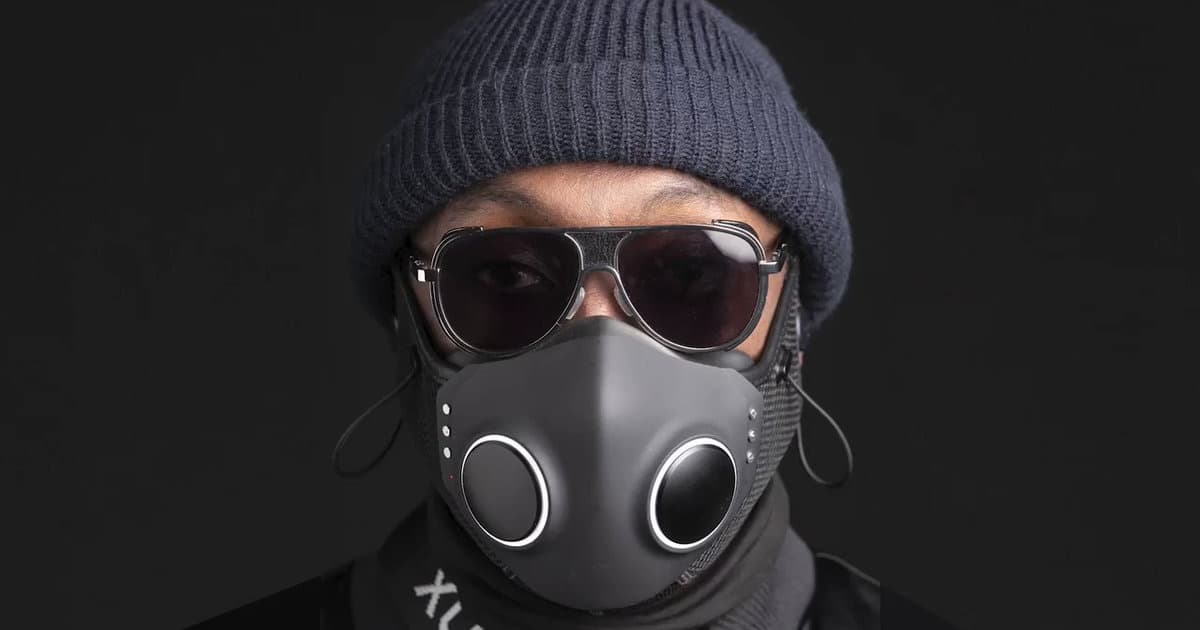 William "Will.i.am" Adams, rapper and founder of the Black Eyed Peas, is back with another gadget that may or may not be way ahead of its time.

His newest creation is a smart facemask. But it isn't just any mask.

The "Xupermask," a collaboration with N95 face mask manufacturer Honeywell, is a mask that arguably has more bells and whistles than sense. It costs $299 and is partly made of silicon and athletic mesh for an extra snug fit. It also features LEDs, fans, a non-medical HEPA filtration system, and even noise-canceling headphones.

In short, it's basically a low-end smartphone you can strap to your face.

The wearable was even designed by Jose Fernandez, according to the NYT, the costume designer who created SpaceX's spacesuits and worked on several Marvel movies including "Black Panther."

"We are living in sci-fi times, Will.i.am told the Times. The pandemic, he continued, "is straight out of a friggin’ movie. But we are wearing masks from yesterday’s movie. So I wanted to make a mask to fit the era that we’re in."

The rapper likened the way the mask protects the face to the way shoes protect the feet. In other words, you can't "walk into a mall or a restaurant or an airplane without shoes on" in the same way you can't do so without a mask. "But you don’t have to tell anyone to wear shoes."

So what if a mask did both?

Will.i.am got the idea last March, he told the NYT, when he was "worried about not being able to come in to America, and even if I was able to get in, about being on an airplane."

The Xupermask is set to be released on April 8, leaving one important question: isn't it a little late to the party?

While mass vaccinations are well underway in the country, cases are still on the rise thanks to new variants of the virus. Depending on who you ask, however, making a $300 mask investment now, at this late stage of the pandemic, may not be the best idea.

Will.i.am, though, believes that masks are here to stay, the same way people in many parts of Asia are still wearing masks today after the SARS epidemic in 2003.

At the same time, Will.i.am admittedly doesn't have the best track record when it comes to tech innovations. Many of his previous projects never really took off, from a 2014 smartwatch called Puls — "the worst product I've touched all year" according to a 2014 review by The Verge's Dan Seifert — to bulky fashion earbuds in 2016.

Will the Xupermask be any different? We wouldn't put our money behind it.

READ MORE: Is This the Future of Face Masks? [The New York Times]

Read This Next
From Our Partners
Breathe Easy With An Anti-Viral Face Mask In This Pre-Black Friday Sale
Brands We Love
These Hoodies Come With a Built in Mask That Filters 99% Of Airborne Particles
More on Sci-Fi Visions
Getting Worse
Friday on the byte
Bitcoin Just Had Its Worst Month in Crypto's Entire History
FROM THE DEPT. OF...
Friday on futurism
Good Buys: Outer Brown Wicker Outdoor Armchair Conversation Set
FROM THE DEPT. OF...
Friday on futurism
Oh, Say Can You See These Amazing 4th of July Sales
READ MORE STORIES ABOUT / Sci-Fi Visions
Keep up.
Subscribe to our daily newsletter to keep in touch with the subjects shaping our future.
+Social+Newsletter
TopicsAbout UsContact Us
Copyright ©, Camden Media Inc All Rights Reserved. See our User Agreement, Privacy Policy and Data Use Policy. The material on this site may not be reproduced, distributed, transmitted, cached or otherwise used, except with prior written permission of Futurism. Fonts by Typekit and Monotype.