The World’s First Cyborgs: Humanity’s Next Evolutionary Phase Is Here

It’s the stuff of sci-fi films. 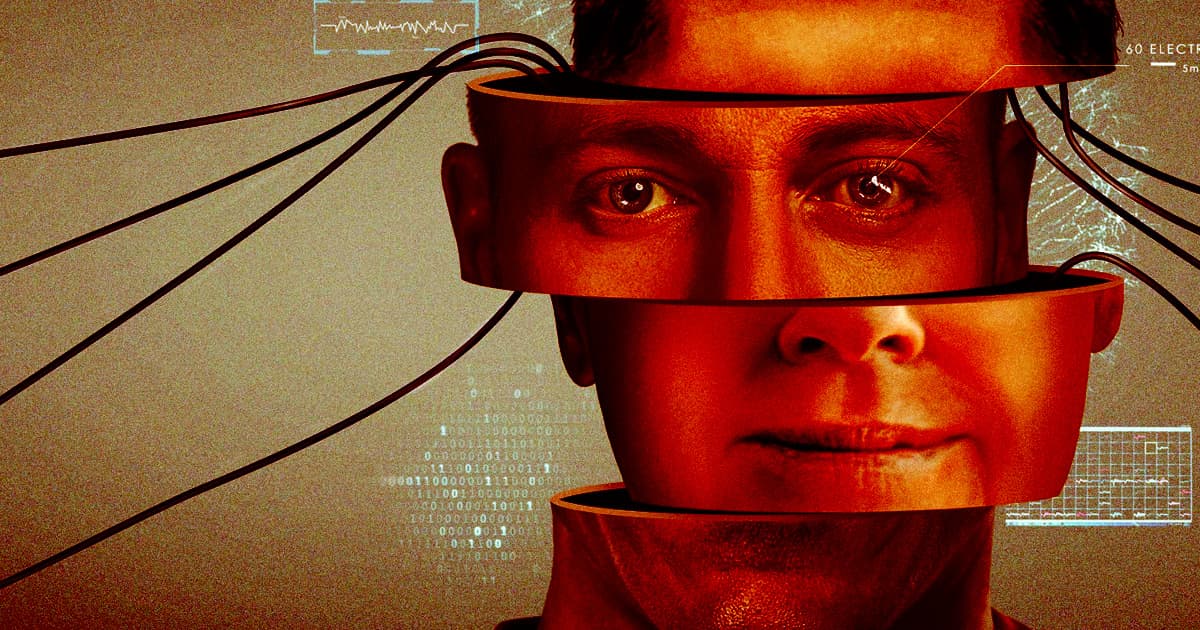 In a small dark experiment room, Bill, a wheel-chair bound tetraplegic, stares intently at a simulated arm on a computer screen.  Two tentacle-like cables protrude from his skull and hook into a nearby computer, which sends messages to electrodes implanted in his arm and hand. If the experiment is successful, Bill will move his limbs again.

This early scene from Futurism’s newly released documentary I AM HUMAN sets the stage for jaw-dropping revelations to come. With this technology, Bill may someday be able to move other things with his brain signals. You know, telekinesis. Welcome to the future.

Though Bill doesn’t resemble the cyborgs we’re used to seeing in movies, the image is just as compelling, and representative of a much larger real-world phenomenon. In fact, Bill is one of many first wave pioneers ushering in a biotechnological revolution--presently, more than 200,000 people in the world have digital chip technology implanted in their brains.

Most of these people are Parkinson’s patients, who undergo deep brain stimulation (DBS) surgery with the hope of ameliorating tremor and other symptoms. DBS has been a course of treatment for decades now, and opened the door for further trials into brain implants for a host of other ailments, including obesity, addiction, obsessive compulsive disorder, and depression.

In the film, we see firsthand the dramatic impact of this technology on Anne, an artist struggling with Parkinson’s. We also meet Stephen, a blind retiree who undergoes a retinal prosthesis surgery (in sci-fi fashion, the implant is known as the Argus II.) As one of several hundred blind patients with “bionic vision,”  the technology currently only offers the ability to see outlines and edges of objects. Progress however, is unbounded – and accelerating. Within a few years, greater definition and infrared, heat-mapping vision will be just a software upgrade away.

For Bill, Anne, and Stephen – three ordinary people robbed of basic function – risking their brains is a brave effort to preserve their humanity - but their decisions mark thrilling implications for us all. What happens when anyone can upgrade their bodies? What aspects of our humanity will we change? Who will decide who goes forth into our species’ next evolutionary phase, and who gets left behind?

You can imagine scientists, investors, and ethicists have quite a debate on their hands. While I AM HUMAN acknowledges concerns about “playing God,” it challenges fear-driven narratives surrounding human-machine evolution with unflinching optimism, grounded in the real-life stories of people whose lives may directly benefit from such scientific breakthroughs.

Watch I AM HUMAN now on your favorite streaming platform.

Disclaimer: I AM HUMAN was produced by Futurism Studios. Futurism has a financial interest in the film.

Read This Next
From Our Partners
Command A Mini Robot Arm With This Pre-Black Friday Deal
From Our Partners
Build A Cyberpunk Arsenal With These Robot Kits
From Our Partners
Invest in a New Knee Replacement Technology That Could Change Joint Surgeries Forever
From Our Partners
Build Your Own Internet Of Things With 98% Off These Arduino Training Classes
Brands We Love
This Robot Arm Turns Any Home Office Into a High-Tech Wonderland
More on Sci-Fi Visions
Human v. Giraffe
Tuesday on the byte
Chaotic Italian Fashion Line Baffles Facial Recognition Software
Step One
Tuesday on the byte
World’s Third Richest Person Says He’s Developed "Addiction" to ChatGPT
FROM THE DEPT. OF...
Tuesday on futurism
The Best Places to Buy A Laptop in 2023
READ MORE STORIES ABOUT / Sci-Fi Visions
Keep up.
Subscribe to our daily newsletter to keep in touch with the subjects shaping our future.
+Social+Newsletter
TopicsAbout UsContact Us
Copyright ©, Camden Media Inc All Rights Reserved. See our User Agreement, Privacy Policy and Data Use Policy. The material on this site may not be reproduced, distributed, transmitted, cached or otherwise used, except with prior written permission of Futurism. Articles may contain affiliate links which enable us to share in the revenue of any purchases made.
Fonts by Typekit and Monotype.