Our Neighboring Sun May Actually Not Have Any Habitable Planets

Violent space weather ruins our hopes of having space neighbors. 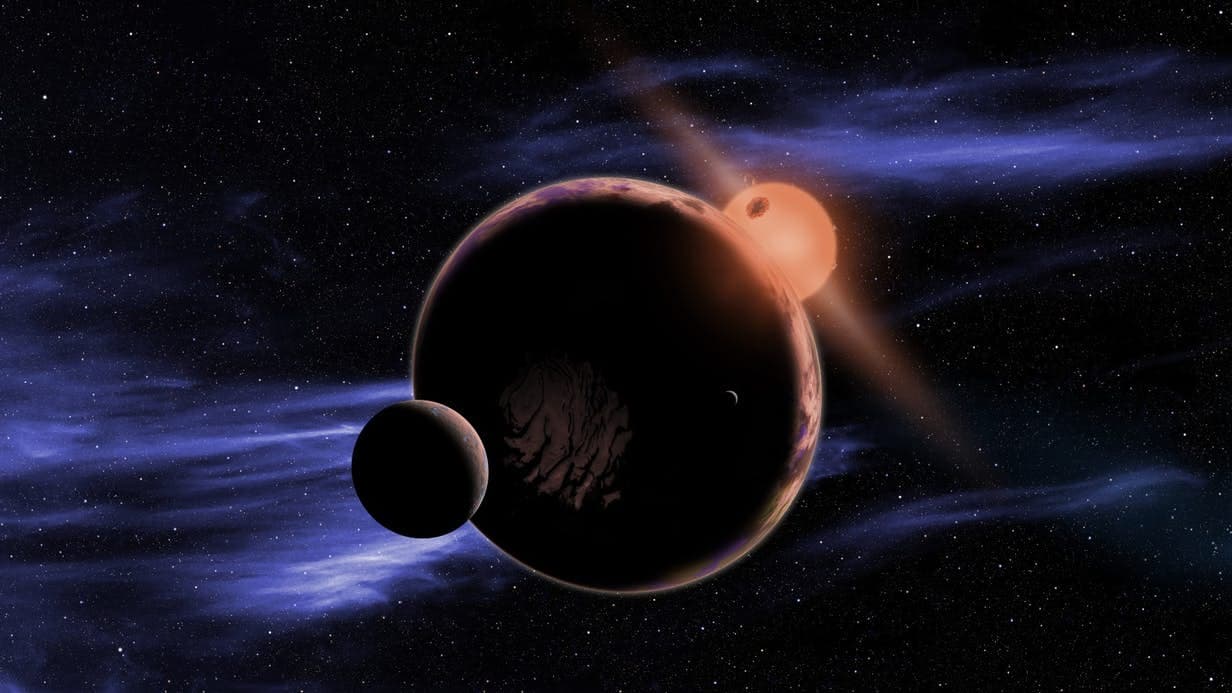 When Proxima b was discovered last year, it was deemed a potentially habitable planet. What made scientists much more hopeful was that the exoplanet is orbiting Proxima Centauri, a star that's only four light-years away from our solar system.

What made Proxima b a likely candidate for organic life was that it was found to be located in a 'habitable zone.' The habitable zone is the area surrounding a star where an orbiting planet can host liquid water. Traditionally, it was calculated based on the amount of heat and light the star emits. More massive stars that produce more heat and light have a wider habitable zone, and vice versa.

But a team at NASA is redefining what is considered a habitable zone. They've taken into account space weather, which involves emissions and stellar activity coming from a star. This would include X-rays, ultraviolet radiation, solar flares, and coronal mass injections. This activity could rip apart an exoplanet's atmosphere, removing hydrogen and oxygen, the two elements necessary for the formation of liquid water.

Scientists have mentioned that with exoplanets orbiting red dwarf stars such as Proxima Centauri, the space weather is typically more pronounced. Although they're cooler than yellow dwarf stars such as our Sun, they're usually more active with frequent stellar eruptions.

"When we look at young red dwarfs in our galaxy, we see they're much less luminous than our sun today," said Vladimir Airapetian, a solar scientist at NASA's Goddard Space Flight Center. "By the classical definition, the habitable zone around red dwarfs must be 10 to 20 times closer-in than Earth is to the sun. Now we know these red dwarf stars generate a lot of X-ray and extreme ultraviolet emissions at the habitable zones of exoplanets through frequent flares and stellar storms."

These developments come with disconsolate news. The NASA team responsible for the new habitable zone definition had created a model to test the effects of solar weather on an exoplanet, where they found that a red dwarf star would render a close-in planet uninhabitable within just a few million years. The exoplanet's hydrogen and oxygen atoms would be stripped away before any chance of life could persist.

Since Proxima b orbits Proxima Centauri 20 times closer than Earth orbits our Sun, there's likely no chance that it could support life. Super flares occur every two hours on the red dwarf star, which would send extreme amounts of radiation to the exoplanet.

Although hope might be lost for Proxima b, scientists now have a better definition of what is considered 'habitable.' Exoplanets orbiting mature stars could produce milder space weather and would be more likely to sustain life. As the search continues, we might have to set our sights on stars and exoplanets that model the relationship between the Earth and our Sun.

Read This Next
Accuracy Wall
Harvard and MIT Scientists Warn That James Webb Data May Not Be What It Seems
Outing Life
Swiss Government Scientist Says We May Be on the Brink of Discovering Alien Life
Sun Gazer
Researchers Want to Use the Sun As a Giant Telescope to Look for Aliens
Space Invaders
Study: There May Be as Many as Four Evil Civilizations in Our Galaxy
Search for Life
Former Astronaut Suggests Specific Planet for James Webb to Search for Life
More on Off World
Space Billboards
6:24 PM on futurism
Russian Scientists Propose Plan to Launch Huge Advertisements Into Orbit Over Cities
Space Anna
5:04 PM on the byte
SpaceX Launches Russian Cosmonaut to ISS Despite Nuclear War Threats
Boom!
Yesterday on the byte
The Devastation From NASA's Asteroid Collision Looks Unbelievable
READ MORE STORIES ABOUT / Off World
Keep up.
Subscribe to our daily newsletter to keep in touch with the subjects shaping our future.
+Social+Newsletter
TopicsAbout UsContact Us
Copyright ©, Camden Media Inc All Rights Reserved. See our User Agreement, Privacy Policy and Data Use Policy. The material on this site may not be reproduced, distributed, transmitted, cached or otherwise used, except with prior written permission of Futurism. Articles may contain affiliate links which enable us to share in the revenue of any purchases made.
Fonts by Typekit and Monotype.