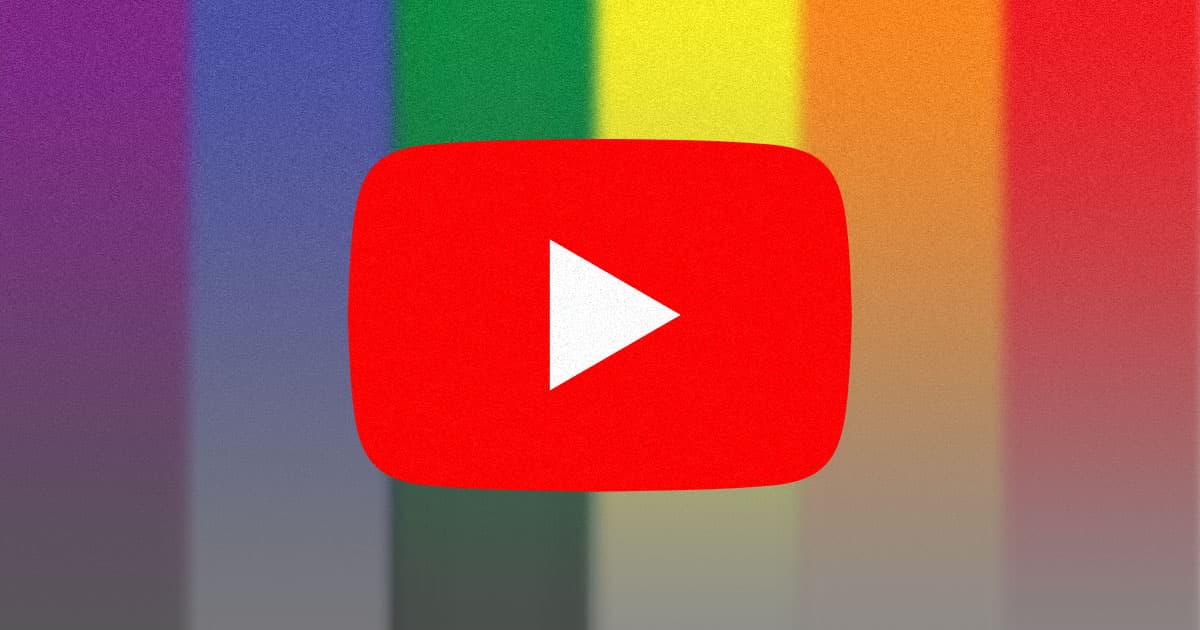 The evidence is piling up.

The evidence is piling up.

Evidence is piling up that YouTube's content moderation algorithms are automatically demonetizing any videos that cover LGBTQ-related topics — even when someone merely utters a related keyword.

The new evidence comes courtesy of YouTubers who systematically checked over 15,000 keywords to see which ones YouTube would automatically flag, BoingBoing reports. The list of their results, which shows that words like "gay," "lesbians," and "abuser" flag videos for demonetization, is particularly damning for YouTube — which has yet to comment on the new claims.

The demonetization problem facing LGBTQ YouTubers is longstanding — some sued the company over discrimination back in August, shortly after CEO Susan Wojcicki insisted that the algorithm does "not automatically demonetize LGBTQ content."

The list of keywords shows that mentioning genitals and other topics that would indicate adult content is a near-certain way to get a video demonetized, which makes sense given that companies putting their ads on videos likely want to avoid sensitive topics.

But the fact that videos are also demonetized for mentioning the word "queer" shows that the system isn’t only filtering out explicit videos. As a result, BoingBoing reports that LGBTQ YouTubers who try to talk about issues facing their community are finding themselves cut off from ad revenue.

More on ad revenue: While Pedophiles Flock to YouTube, Advertisers Flee It

One Rich Kid
YouTube’s Top Earner Is an 8-Year-Old Who Reviews Toys
12. 19. 19
Read More
Against the Stream
YouTube Sues Man for Allegedly Swatting a Minecraft Streamer
8. 21. 19
Read More
Too Soon
YouTube's Autocomplete Feature Has a Huge Spoiler Problem
7. 18. 19
Read More
+Social+Newsletter
TopicsAbout UsContact Us
Copyright ©, Camden Media Inc All Rights Reserved. See our User Agreement, Privacy Policy and Data Use Policy. The material on this site may not be reproduced, distributed, transmitted, cached or otherwise used, except with prior written permission of Futurism. Fonts by Typekit and Monotype.