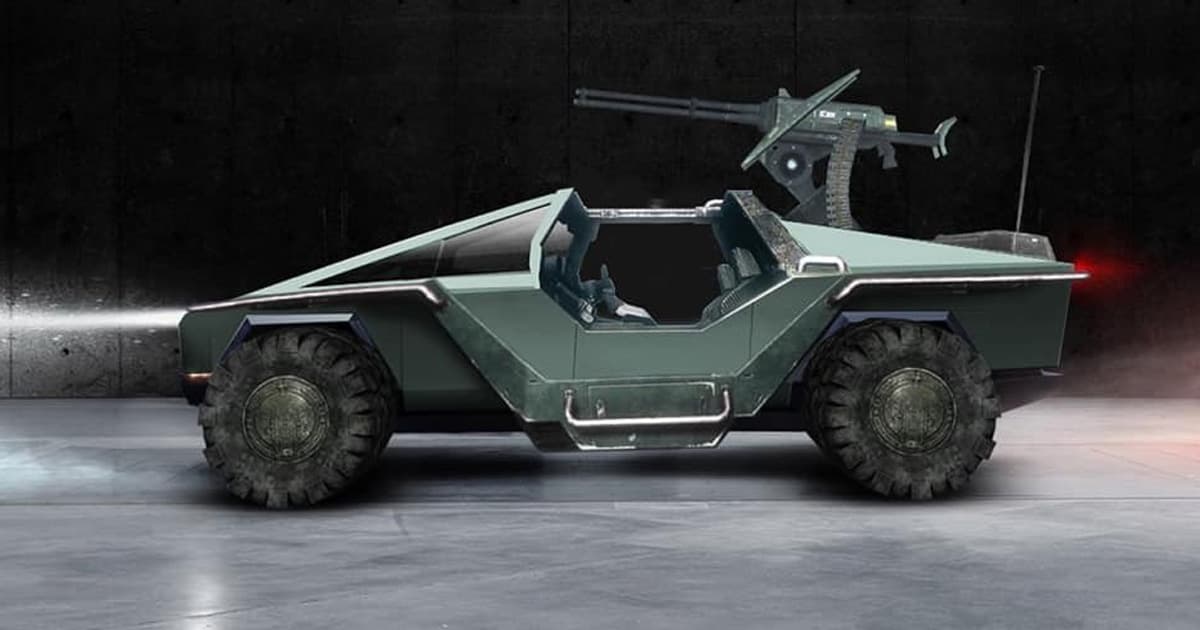 Xbox general manager Aaron Greenberg took the opportunity to chime in and suggest a future tie-in: a “Tesla x Halo” collaboration in the form of a Cybertruck modified to look like the M12 LRV Warthog, one of the game’s iconic fictional military vehicles.

“Sure feels like a Tesla x Halo collab needs to happen at some point!?” Greenberg tweeted in response to Musk.

“To be clear this would be a dream collab for me and many fans I know,” he added. ” So if you like the idea, speak up and maybe something in the future could happen, who knows!?”

As seen in several fan-made renders, the Cybertruck could be an amazing fit. With beefed up tires and a roof-mounted mini gun, the long-awaited electric pickup could easily be reimagined as one of Halo’s combat utility vehicles.

It’s not a completely unreasonable ask for the billionaire, either. Musk has previously called the brutalist Tesla truck “an armored personnel carrier from the future,” very much in line with the Halo’s Warthog trucks.

Two more expensive versions of the Cybertruck are set to roll off the lot later this year starting at $49,900 and $69,900. Given Musk’s unpredictable nature, we will just have to wait and see if enthusiasts will be able to shell out for a Halo edition.

It makes sense where the cybertruck inspiration came from! Warthog FTW! pic.twitter.com/BZD6gqq5H4