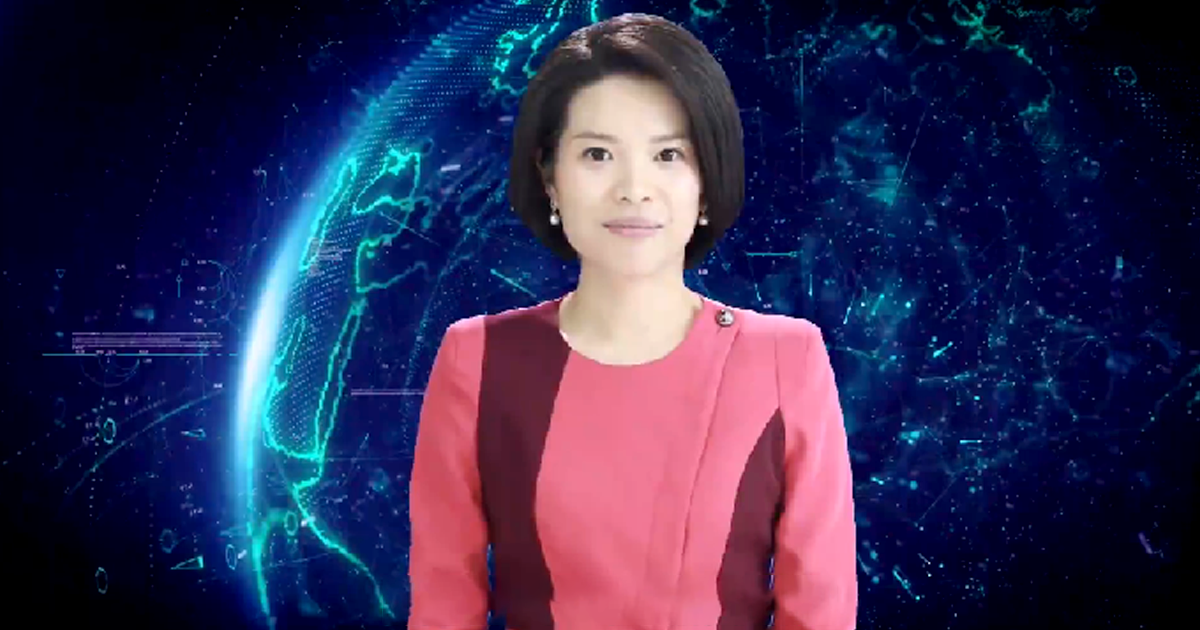 But Xin never went to journalism school — or any school — because "she" is not a real person. Instead, she's an artificial intelligence created by Xinhua and search engine Sogou — making her the world's first female AI news anchor.

Xin will make her professional debut during March's Two Sessions, the name given to a pair of annual meetings featuring China's legislature and its top political advisory body.

She won't be the only AI news anchor covering the event either.

The same day they unveiled Xin, Xinhua and Sogou announced that they'd given these AI anchors the ability to stand and talk simultaneously, and they'll show off that new ability while covering the Two Sessions alongside their female counterpart.

When Xinhua debuted their first AI anchors in November, the news agency claimed that each anchor could "work 24 hours a day on its official website and various social media platforms, reducing news production costs and improving efficiency."