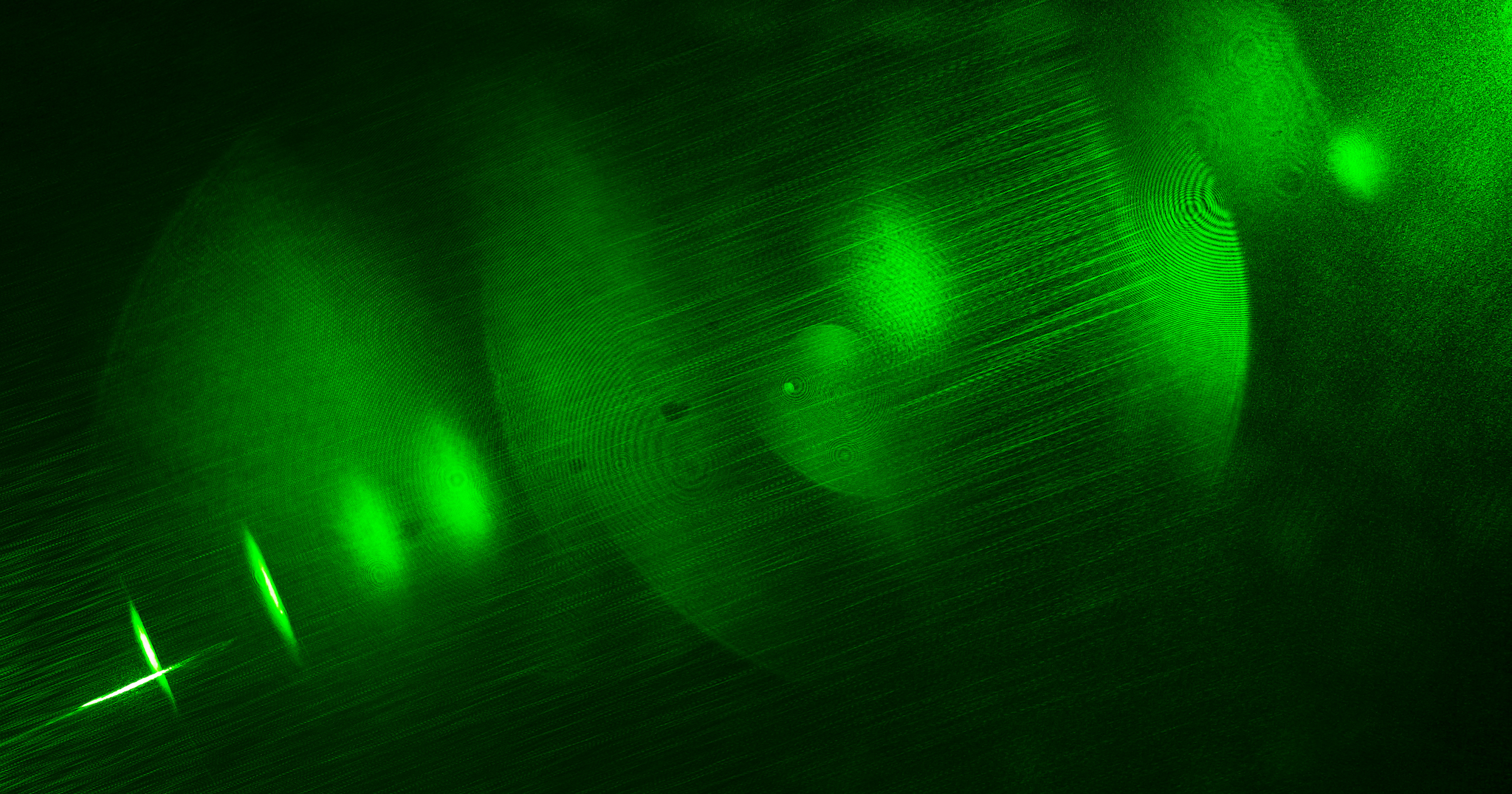 The World’s Fastest Camera Can “Freeze Time,” Show Beams of Light in Slo-Mo

Eat your heart out, Harold Edgerton.

Eat your heart out, Harold Edgerton.

When you push the button on a laser pointer, its entire beam seems to appear instantaneously. In reality,though, the photons shoot out like water from a hose, just at a speed too fast to see.

Too fast for the human eye to see, anyways.

Researchers at Caltech and the University of Quebec have invented what is now the world’s fastest camera, and it takes a mind-boggling 10 trillion shots per second —enough to record footage of a pulse of light as it travels through space.

The extraordinary camera, which the researchers describe in a paper published Monday in the journal Light: Science & Applications, builds on a technology called compressed ultrafast photography (CUP).

CUP can lock down an impressive 100 billion frames per second, but by simultaneously recording a static image and performing some tricky math, the researchers were able to reconstruct 10 trillion frames.

They call the new technique T-CUP, and while they don’t say what the “T” stands for, our money is on “trillion.”

The camera more than doubles the speed record set in 2015 by a camera that took 4.4 trillion shots per second. Its inventors hope it’ll be useful in biomedical and materials research.

But they’ve already turned their attention to smashing their newly set record.

“It’s an achievement in itself,” said lead author Jinyang Liang in a press release, “but we already see possibilities for increasing the speed to up to one quadrillion frames per second!”

Brands We Love
Come to Grips with Photoshop, Lightroom, and More in this 20-Course Bundle
7. 17. 20
Read More
A New Discovery May Allow Us to Finally Make an Invisibility Cloak
11. 8. 17
Read More
Physicists May Have Just Discovered A New Form Of Light
8. 8. 16
Read More
+Social+Newsletter
TopicsAbout UsContact Us
Copyright ©, Camden Media Inc All Rights Reserved. See our User Agreement, Privacy Policy and Data Use Policy. The material on this site may not be reproduced, distributed, transmitted, cached or otherwise used, except with prior written permission of Futurism. Fonts by Typekit and Monotype.