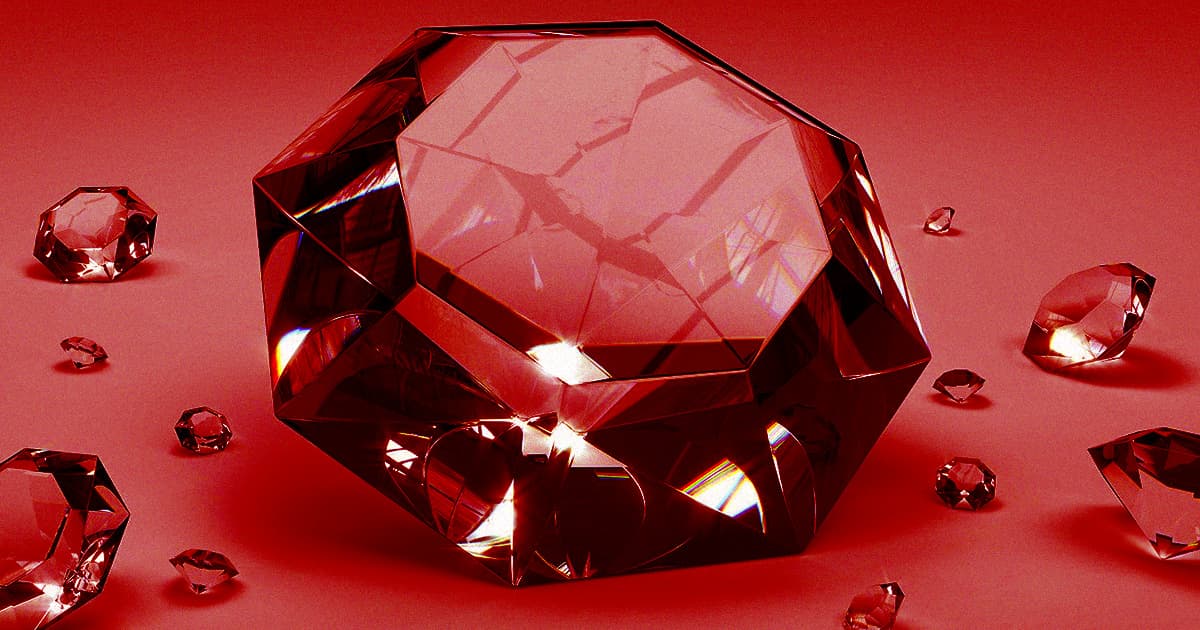 This week, the world's biggest jeweler Pandora announced it will cease to sell all mined diamonds, and switch exclusively to selling lab-made diamonds, as the BBC reports.

Mining diamonds is an incredibly environmentally taxing practice that also has a track record of greatly contributing to war and human rights abuses across the African continent.

Pandora CEO Alexander Lacik told the BBC that ditching mined diamonds is "the right thing to do."

It's also conveniently far more economical. "We can essentially create the same outcome as nature has created, but at a very, very different price," he added, pointing out costs are only about a third compared to mined diamonds.

The production of mined diamonds fell last year after peaking in 2017. According to the BBC, the pandemic had catastrophic effects on the diamond market, causing production to fall some 18 percent.

Pandora's lab diamonds start at $350 and are being produced in the UK. The company is hoping to expand its market beyond engagements and weddings thanks to the lowered price.

"We're trying to open up this playing field and say, you know, with the type of value equation that we offer, you can use this everyday if you want," Lacik told the BBC.

Reducing the burden mining diamonds has had on humanity and our environment, it only makes sense for companies to move away from the practice. The lower costs are just the cherry on top.

Soggy Earth
Scientists Find Evidence of "Ocean" Hundreds of Miles Below Earth's Surface
10. 3. 22
Read More
Here's What Scientists Can Learn From Newly-Discovered Deep-Earth Mineral
3. 11. 18
Read More
Bing Bing Bing!
Microsoft Appears to Have Accidentally Launched New Bing With ChatGPT Functionality
2:58 PM
Read More
+Social+Newsletter
TopicsAbout UsContact Us
Copyright ©, Camden Media Inc All Rights Reserved. See our User Agreement, Privacy Policy and Data Use Policy. The material on this site may not be reproduced, distributed, transmitted, cached or otherwise used, except with prior written permission of Futurism. Articles may contain affiliate links which enable us to share in the revenue of any purchases made.
Fonts by Typekit and Monotype.