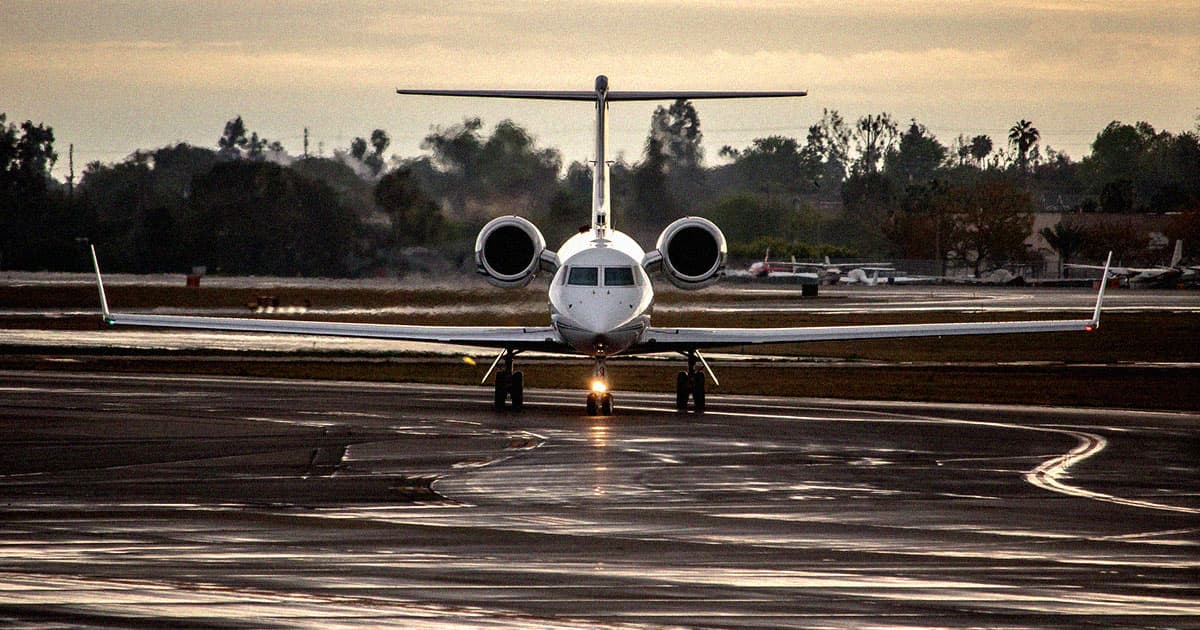 An estimated 400 private planes flew into Glasgow for the event.

An estimated 400 private planes flew into Glasgow for the event.

The United Nations' climate change summit kicked off on Sunday in Glasgow, Scotland. Some of the biggest names in world politics — including president Joe Biden and UK prime minister Boris Johnson — are invited to discuss everything from carbon neutrality commitments to new infrastructure that could allow the world to hit the goals laid out in the Paris Agreement.

And to make the long journey, ironically, many of them are resorting to an extremely privileged and polluting form of transportation: private jets. An estimated 400 private planes flew into Glasgow for the event, the BBC reports.

The double standard couldn't be more obvious. Ahead of voicing their concern about global warming, lawmakers are resorting to a form of transportation responsible for an astonishing amount of carbon pollution, as Gizmodo points out. A mere four hour journey on board a private jet is equivalent to the amount of greenhouse gases being produced by the average European citizen in an entire year.

What is private jet transportation, ultimately — shameless ignorance, leading to potentially damaging coverage in the media, or justified behavior by in-demand public figures?

Some are arguing the latter.

"Given all of the travel required to get here, it even further increases the pressure on the shoulders of world leaders to make sure it's worth it," Scotland's First Minister Nicola Sturgeon told the BBC.

But to many, that point doesn't amount to much of an argument. In fact, why fly at all when lawmakers and world leaders can hop on a Zoom conference?

Perhaps it's time to ban private jet travel outright, as Gizmodo argues — or at least make fliers pay for the extravagant emissions their private air travel is responsible for?

More on the climate: United Nations Warns of “Endless Suffering” Due to Climate Disaster