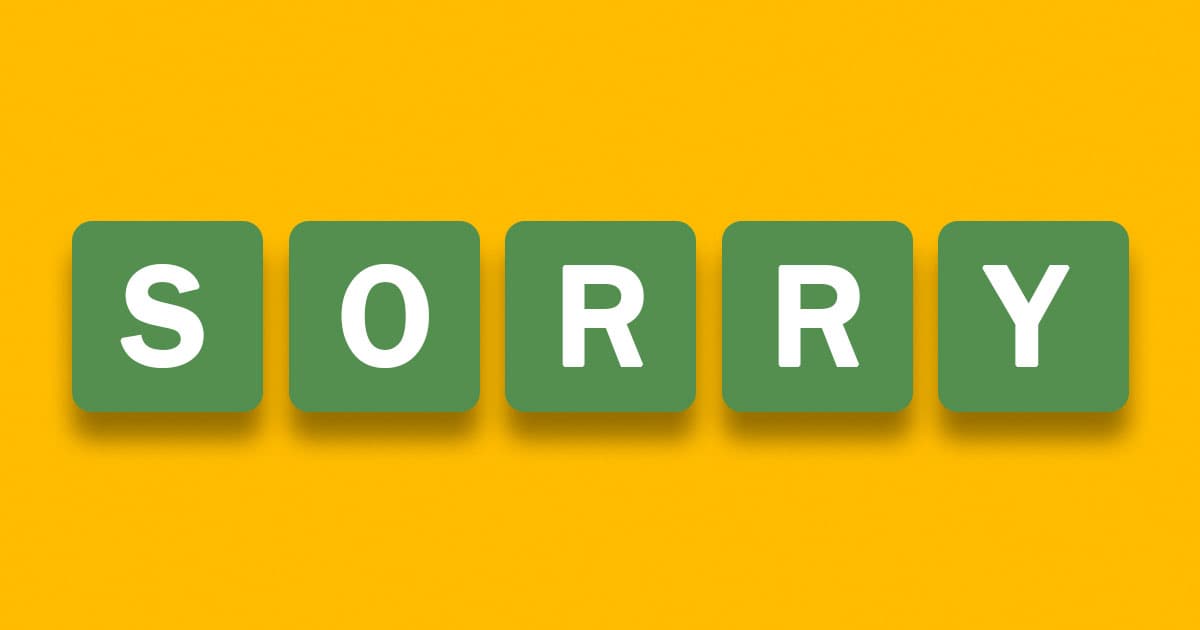 "I realize I crossed a line."

"I realize I crossed a line."

Wordle, a beloved word-guessing game that skyrocketed in popularity this month, was almost immediately ripped off for profit by a different developer named Zach Shakked.

But huge backlash led to Apple removing the clone from its App Store. And now, Shakked has issued a public apology.

"I realize I crossed a line," he wrote in a lengthy tweet thread today. "And I surely, surely will never do anything remotely close to this again. I fucked up."

The original game, a web-based game created by Josh Wardle, saw an explosion in new users after it went viral on social media earlier this month. Wardle's game even got its own writeup in The New York Times.

Shakked's ripoff was more or less the exact same game — but unlike Wordle, which is only accessible via an ad-free web app, the clone was made available via Apple's App Store.

Worse yet, the developer charged an optional annual subscription plan to play an unlimited number of games, for an egregious $30.

Unsurprisingly, the clone saw an exponential rise in popularity by exploiting the app store model.

"We're going to the fucking Moon," Shakked shamelessly boasted in a Tuesday tweet.

Later that evening, though, Apple yanked Shakked's app from the App Store.

"Out of context I look like I'm gloating but I promise you, I was excited," Shakked wrote in today's apology. "When you've been making apps since high school like me and you launch something that overnight is hitting like this was, you get excited."

Whether the apology will be enough is anyone's guess. Shakked clearly regrets going there, and says he's "getting harassed from every which direction."

"'I'll go back to creating apps based on my completely, evergreen, original ideas and never fuck with anything remotely like this again," he concluded.

More on games: Parents Alarmed by Children Slicing Off Enemies' Limbs in VR