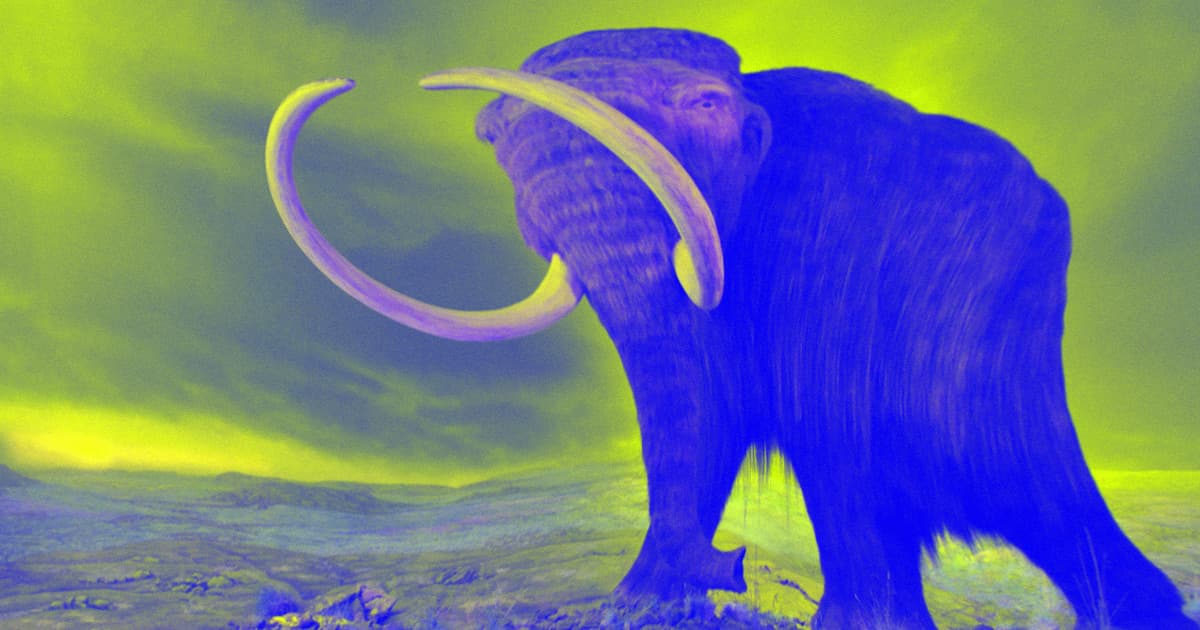 So, Uh, the Last Woolly Mammoths Were Inbred, Mutated Wretches

We know that the last of the woolly mammoths went extinct about 4,000 years ago, in Wrangel Island, in the Arctic Ocean, not far off the Siberian coast.

And in 2017, we learned that an “excess” of genomic effects plagued the last of this kind. Now, we know why: a hostile environment and inbreeding.

According to a study published earlier this month in journal Genome Biology and Evolution, Wrangel Island mammoth genes weren’t just bad — they were straight-up broken.

Per the authors of the study, a mammoth of Wrangel Island’s genome “had many putative deleterious mutations” that were “predicted to cause diverse behavioral and developmental defects.” Among them were infertility, motor skills, cognitive skills — like the ability to perceive smells like flowers accurately, messing with their ability to feed themselves correctly — and even diabetes.

The genome sequenced came from a single woolly mammoth, so the researchers are looking for more to confirm their work.

But if there’s one crucial takeaway, University of Buffalo researcher Vincent Lynch, who worked on the study while at the University of Chicago, summed it up nicely: Don’t. Inbreed.

“Beyond suggesting that the last mammoths were probably an unhealthy population, it’s a cautionary tale for living species threatened with extinction: If their populations stay small, they too may accumulate deleterious mutations that can contribute to their extinction.”

READ MORE: Inbreeding among the last woolly mammoths may have led to extinction [CNN]

Soon, You Could Have Your Genome Sequenced in 60 Minutes for $100
1. 11. 17
Read More
Genetic Data Reveals the World Was Populated From a Single Location
10. 5. 16
Read More
New Method Can Detect Cancerous Mutations in Individual Cells
4. 25. 16
Read More
+Social+Newsletter
TopicsAbout UsContact Us
Copyright ©, Camden Media Inc All Rights Reserved. See our User Agreement, Privacy Policy and Data Use Policy. The material on this site may not be reproduced, distributed, transmitted, cached or otherwise used, except with prior written permission of Futurism. Fonts by Typekit and Monotype.