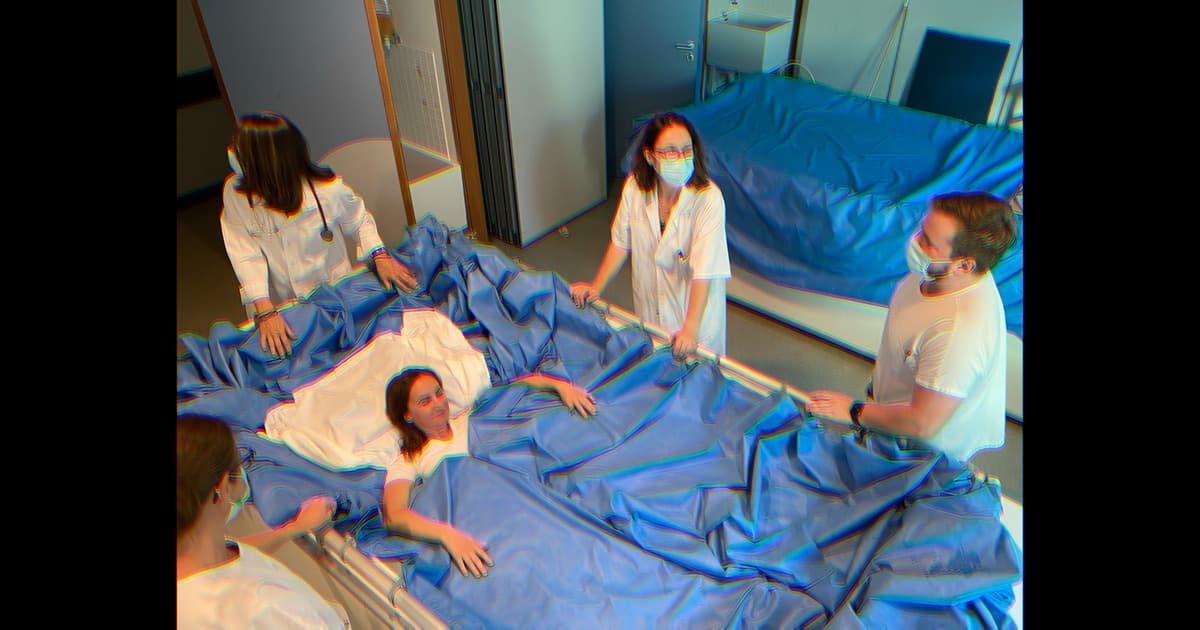 The women will spend five days in waterbeds.

The women will spend five days in waterbeds.

Researchers are studying the effects of spaceflight on the human body by placing women in waterbeds for five days.

Scientists in Toulouse, France are placing 20 women in bathtub-like containers as part of the "dry immersion" study, according to a press release from the European Space Agency (ESA). The tanks have water in them but are covered with waterproof fabric to keep the volunteers dry as they lay in them to replicate the weightlessness of space — so it's essentially a giant waterbed.

The ESA hopes to better understand what weightlessness does to female astronauts as they conduct their missions.

"There is almost no knowledge about the physiological and psychological effects on women in this research area. An all-female dry immersion study will add to previous male campaigns ran in Europe and Russia," said ESA’s lead for life sciences Angelique Van Ombergen in the press release.

The women are immersed in the tank with the water coming up just above their neck. Their legs and torso will be completely immobilized, while their arms and head are free to move around above the fabric.

The participants will spend nearly 24 hours a day in the tank, though they are allowed to shower and clean themselves "while lying on their backs and with their head tilted 6 degrees down to minimize fluid shifts," according to the press release.

So yeah, it’s five days of resting in a giant waterbed — which honestly makes this the best study to take part in ever.

Bad Science
Cosmologist Lists the Stupidest Things People Believe About Space
2. 25. 22
Read More
Space Swag
Brands Keep Sending Their Pointless Swag to the Space Station
11. 5. 19
Read More
Stephen Hawking: Humans Must Leave Earth Within 600 Years
11. 8. 17
Read More
+Social+Newsletter
TopicsAbout UsContact Us
Copyright ©, Camden Media Inc All Rights Reserved. See our User Agreement, Privacy Policy and Data Use Policy. The material on this site may not be reproduced, distributed, transmitted, cached or otherwise used, except with prior written permission of Futurism. Articles may contain affiliate links which enable us to share in the revenue of any purchases made.
Fonts by Typekit and Monotype.