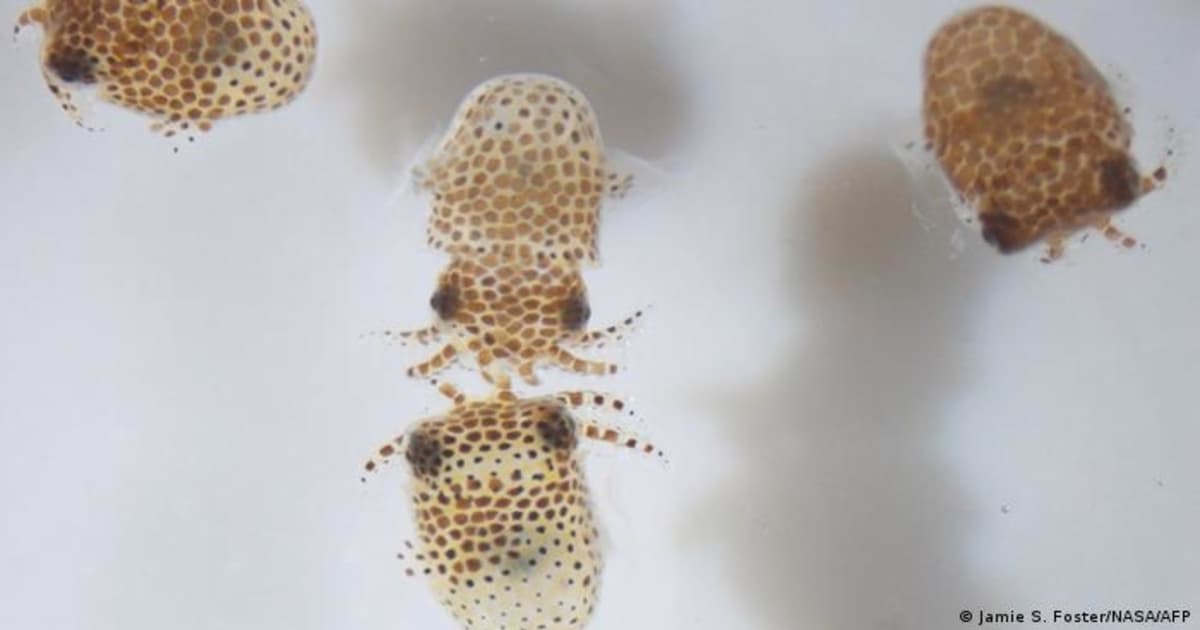 Scientists want to see how microgravity impacts the squids' microbes.

Scientists want to see how microgravity impacts the squids' microbes.

The uncrewed cargo Dragon craft reached the ISS on Saturday morning, marking the 22nd resupply mission from SpaceX, according to Digital Trends. The ship carried more than 7,300 pounds of supplies for the ISS including new solar panels, a long-term power system upgrade, and a variety of scientific experiments that included the squids.

More specifically they're bobtail squids, which are known for the bioluminescent light they emit to help them hunt.

Before you ask: No, the squids aren’t hunting anything in space (though that’d be awesome). Researchers sent them up in order to study how microgravity impacts microbes in and on the squids' bodies.

"Animals, including humans, rely on our microbes to maintain a healthy digestive and immune system," Jamie Foster, principal investigator for the NASA research program the Understanding of Microgravity on Animal-Microbe Interactions, told NPR. "We do not fully understand how spaceflight alters these beneficial interactions."

By studying how microgravity impacts the squids and their symbiotic bacterium Vibrio fischeri, scientists hope to glean insights on how to keep astronauts safer and healthier during long-term missions.

The squids won’t be the only creatures in space. NASA also sent tardigrades — microscopic animals also known as "water bears" that are able to survive in extremely harsh conditions such as outer space and in volcanoes — along with them.

Due to their hardy nature, tardigrades have been used by NASA before. In fact, water bears are the first known animal to actually survive after being exposed to outer space, according to New Scientist.

With these two creatures, the ISS is starting to gather quite the menagerie — bringing us closer than ever to the ultimate goal of space tech advancement: space zoos.

More on animals in space: A Graphic Guide to Animals in Space