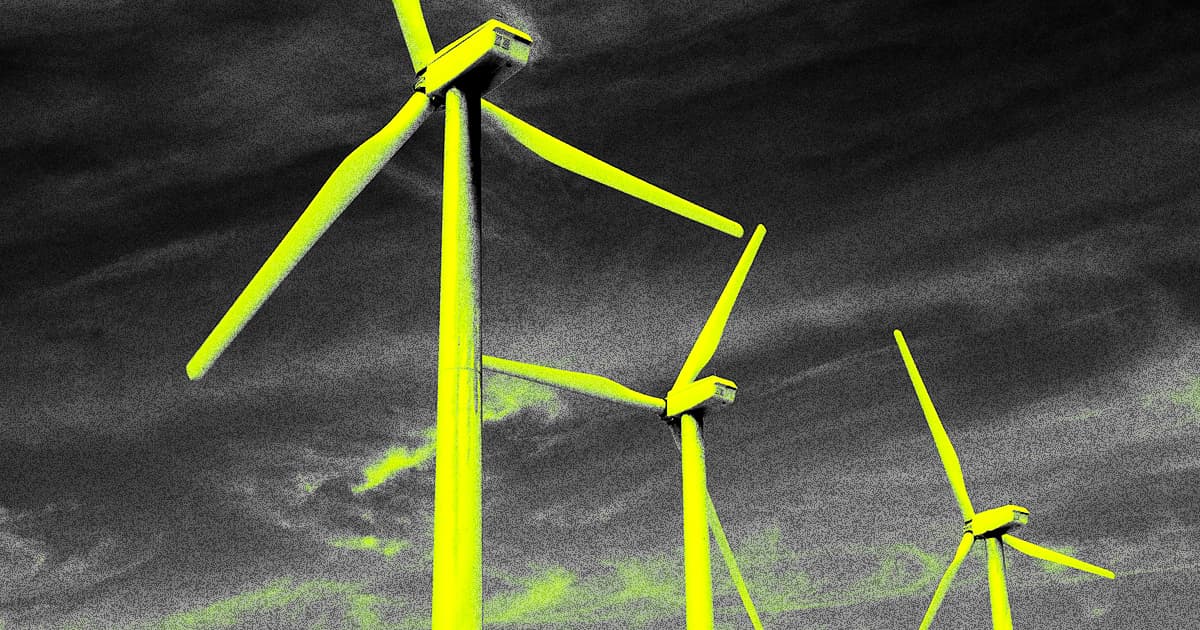 Mass deployment of wind farms, along with other cleaner sources of energy, is likely going to be a crucial part of the global fight to mitigate climate change. But planting wind turbines willy-nilly without careful consideration might actually be counterproductive, a new study suggests.

Scientists from Germany's coastal researcher center, the Helmholtz-Zentrum Hereon, found that wind turbines essentially slow down the speed of wind in the immediate and downstream area, according to research they published Thursday in the Nature journal Scientific Reports. Clustering wind turbines too close together, then, makes the whole farm less efficient — an important consideration for clean energy infrastructure.

The researchers simulated weather conditions in the North Sea, where offshore wind farms are currently being developed and more are planned for the future, using detailed weather models to predict the impact that crowded turbines would have on the wind.

What they found was a widespread pattern of wind slowing for much of the year, which they linked to about a 20 percent drop in energy output for any other turbines built in the affected area.

Assuming those simulations hold up, that's a big deal. Not just for the energy industry, but also for the surrounding coastal ecosystems that may depend on stronger winds, according to a press release.

Figuring out what impact the slowed-down wind would have on the local environment is the team's next step, lead author and HZH researcher Naveed Akhtar said in the release. After all, making the otherwise smart switch to wind energy would make a lot less sense if it actively damages the environment around it.

READ MORE: Are wind farms slowing each other down? [Helmholtz-Zentrum Hereon]