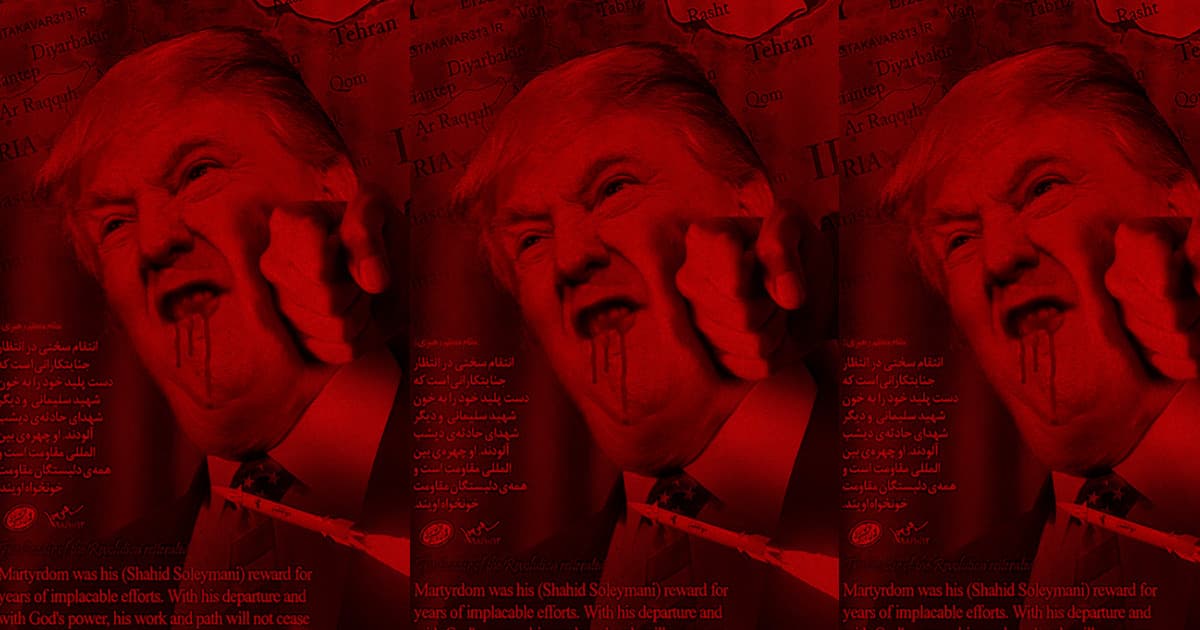 At least one U.S. official is dismissing the hack as "a nothing event."

At least one U.S. official is dismissing the hack as "a nothing event."

Experts warned that the United States' assassination of Iran's top military general Qassim Soleimani would lead to an increase in cyberattacks against America — and now it seems that either those attacks have already begun, or that other hackers are using pro-Iranian imagery to muddy the waters.

On Saturday, hackers claiming to represent the Islamic Republic of Iran placed an image of U.S. President Donald Trump being punched in the face on the homepage of the U.S. government-run Federal Depository Library Program.

The pro-Iran cyberattack resulted in the website going offline for about 24 hours.

Apparent hacking by an #Iran-linked group of a US government website (the little-known Federal Depository Library Program). https://t.co/r47ODmt4Pw is currently offline. pic.twitter.com/8dx7EDUZvu

The FDLP provides the public with free access to government publications and information.

In other words, it doesn't exactly play a major role in the U.S. government's cyber operations, and one senior U.S. official involved in cybersecurity matters even told CBS News the site's defacement is "a nothing event" and "small-time stakes."

Additionally, despite the perpetrators of the cyberattack identifying themselves as "Iran Cyber Security Group Hackers," U.S. officials aren't convinced that Iran is responsible for the hack.

"We are aware the website of the Federal Depository Library Program (FDLP) was defaced with pro-Iranian, anti-US messaging," a spokesperson for the U.S. Cybersecurity and Infrastructure Security Agency said in a statement. "At this time, there is no confirmation that this was the action of Iranian state-sponsored actors.

READ MORE: A government website was ‘defaced’ with pro-Iran messaging and an image of a bloodied Trump. Hackers claimed responsibility. [The Washington Post]

More on Iran: Here’s How an Iranian Cyberattack Could Affect You

Speak English
Donald Trump Says Bitcoin Is a "Scam"
6. 7. 21
Read More
Trumped
Facebook Oversight Board Rules That Trump Remains Banned
5. 5. 21
Read More
IranCoin
Iran Blames Bitcoin For Massive Electric Grid Blackouts
1. 25. 21
Read More
+Social+Newsletter
TopicsAbout UsContact Us
Copyright ©, Camden Media Inc All Rights Reserved. See our User Agreement, Privacy Policy and Data Use Policy. The material on this site may not be reproduced, distributed, transmitted, cached or otherwise used, except with prior written permission of Futurism. Articles may contain affiliate links which enable us to share in the revenue of any purchases made.
Fonts by Typekit and Monotype.