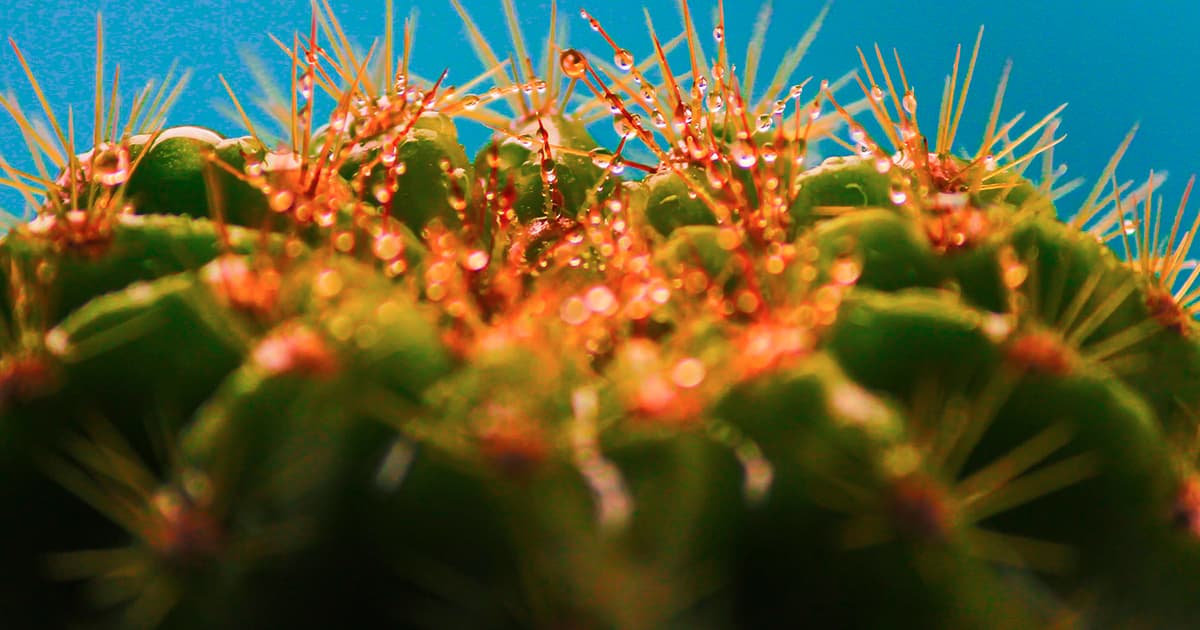 Cacti-Inspired Tech Could Keep You Hydrated After the Apocalypse

It could also help end our current water scarcity problem.

It could also help end our current water scarcity problem.

If the world ever devolves into a post-apocalyptic desert wasteland, you'll probably need to watch out for dust storms and violent bikers gangs. But you might not have to worry about finding enough water.

That's because a team of researchers at the Ohio State University (OSU) has been studying how some of the desert's most efficient water collectors manage to quite literally pull water from midair — and what they learned could help ensure we all have enough clean drinking water, before or after the breakdown of social order.

In a study published Monday in the journal Philosophical Transactions of the Royal Society, researchers from OSU describe how cacti, desert grass, and desert beetles collect water from the fog that falls over the desert at night. The researchers then used 3D printers to create surfaces that mimicked the natural ones of those three desert dwellers.

They covered some of the surfaces in grooves similar to those that help a desert grass channel water toward its roots. Other surfaces bore cones designed to mimic the water-collecting spines of the cactus.

The researchers also tested out different materials, including ones that were heterogeneous — a mix of water-collecting and water-repelling spots —  like the surface of a beetle's back, which plays a major role in its water collection.

Then they tested the various surfaces by placing them in a room with a humidifier. The result: they determined that the best surface for water collection would incorporate a heterogeneous material and multiple grooved cones, each inclined at a 45-degree angle.

The researchers believe a large-scale structure based on their findings could one day gather water from fog or condensation that people in dry environments could then drink.

"Water supply is a critically important issue, especially for people of the most arid parts of the world," researcher Bharat Bhushan said in a press release. "By using bio-inspired technologies, we can help address the challenge of providing clean water to people around the globe, in as efficient a way as possible."

Let's just hope they manage to scale-up their tech well before any sort of apocalypse.

More on a post-apocalyptic world: How to Survive a World-Ending Scenario, According to Science