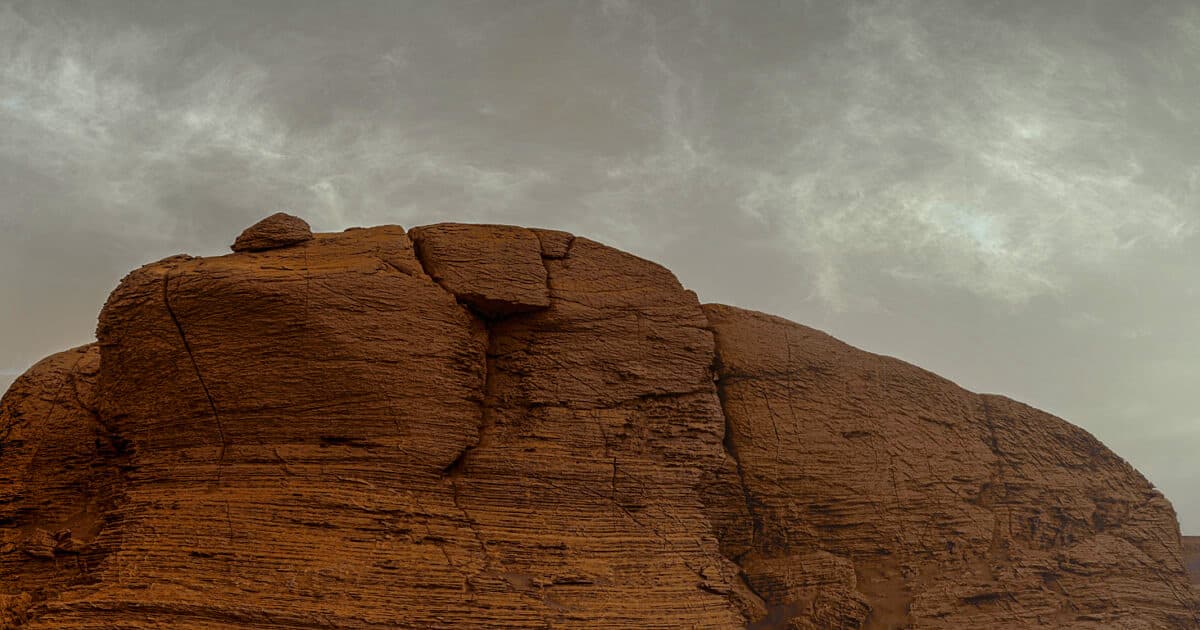 Cloudy With a Chance of Marsballs

Watch This Awesome Video of Clouds Drifting Across the Martian Sky

A stunning video that went viral over the weekend shows a fierce, dark cloud passing over a rocky landscape. But this isn't Arizona — it's the desolate surface of Mars.

The eight images were taken by NASA's Curiosity rover on March 19 and stitched together into a GIF by Paul Byrne, an associate professor of planetary science at North Carolina State. They show a dark cloud passing over a roughly 23 foot outcropping of layered sediment nicknamed "Mount Mercou," in the planet's Gale Crater.

The compressed layers of sediment as seen on the side of the outcropping are reminiscent of the layers found in the sides of dried up lake beds here on Earth, making the mount a particularly fascinating subject for Curiosity's cameras.

Curiosity has been parked in front of Mount Mercou for some time now, waiting for its scientific instruments to make sense of its surroundings. Scientists are eager to find out more about the mosaics of the outcropping.

"The textures and color variations in the cliff are mesmerizing and we are striving to understand them," Lucy Thompson, planetary geologist at University of New Brunswick, wrote in a March 19 mission log.

The clouds overhead are quite different than the ones we find here on Earth. Scientists believe space debris that hits the thin Martian atmosphere creates particles around which clouds can form. These clouds can drift to extremely high altitudes, anywhere up to 62 miles above the planet's surface.

The clouds, believed to be mostly made of carbon dioxide, would only really be visible by the naked eye after sunset, when they reflect sunlight against the dark night sky.

More on Curiosity: NASA Shows Off GIF of a Dust Devil on Mars