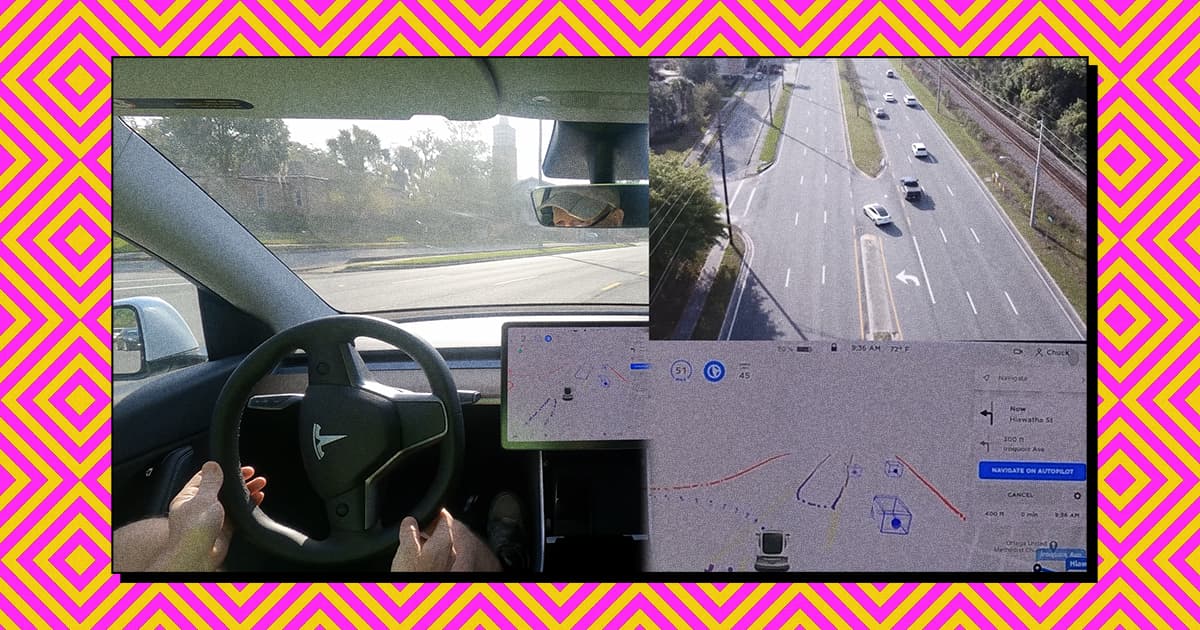 Most turn attempts looked great, but it only takes one error.

Most turn attempts looked great, but it only takes one error.

A harrowing new video shows a Tesla, with its Full Self Driving Beta system engaged, begin to drift into multiple lanes of oncoming highway traffic before the driver slams on the brakes at the last second.

YouTuber and Tesla owner Chuck Cook recently uploaded footage from inside his Tesla Model Y and from an overhead drone as he makes unprotected left turns across a three-lane highway with the latest version of the "Full Self-Driving" beta driver assistance software turned on. For the most part, the car performed great, waiting until there was a big enough gap in traffic before committing to the turn. But, as Jalopnik notes, some of the attempts looked a little concerning, and one was downright life-threatening.

As Futurism has reported in the past, taking an unprotected left turn, or a left turn across at least one lane of traffic without a designated green light, poses a disproportionate challenge to self-driving cars.

The questionable turns begin at about the 5:34 point, and the particularly-scary final attempt starts at about 8:22.

During the turn, you can hear panic in Cook's voice as he slams the brakes and apologizes for ruining the experiment. Meanwhile, the overhead drone footage shows traffic passing extremely close to the front of the car.

It's worth repeating that the assisted driving system made several impressive-looking turns before that last near-crash, but it also only takes one momentary lapse for disaster to strike. It's also a timely reminder that, despite Tesla calling its systems "Autopilot" and "Full Self-Driving," these cars only reach level two of autonomy and absolutely still require human supervision.