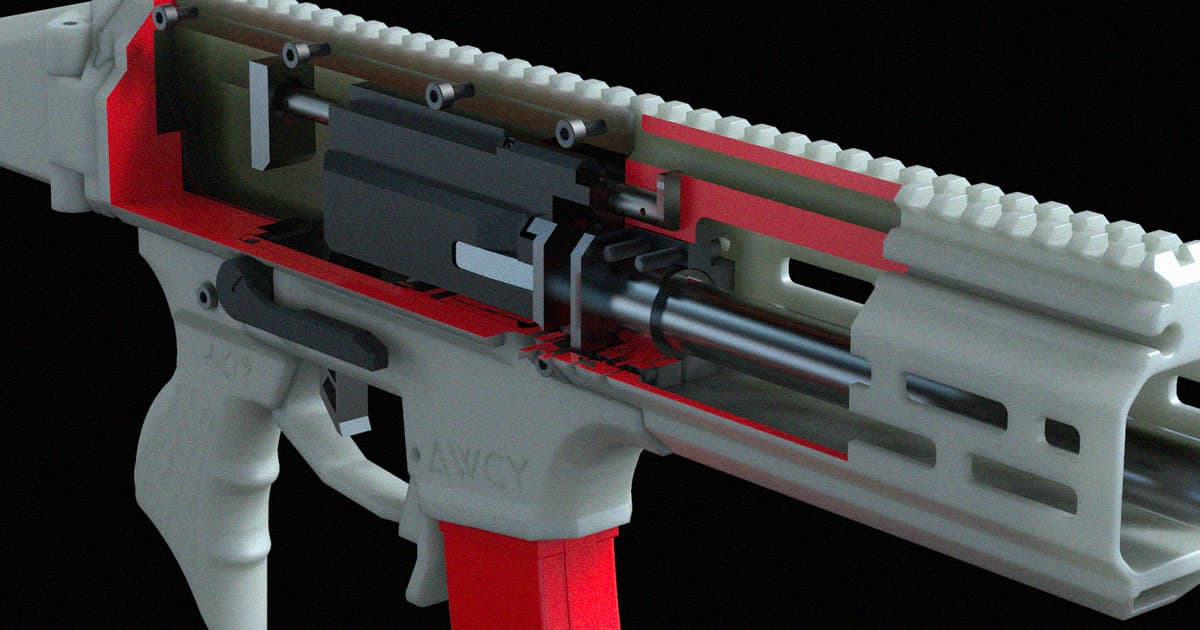 3D printing technologies have come a long way — to the point that an entire underground culture of firearm enthusiasts are now attending events at which they fire guns they (mostly) printed at home, Vice reports in a troubling new video documentary.

The guns are often referred to as "ghost guns" as they have no serial number, making them basically untraceable.

Unsurprisingly, law enforcement has been increasingly alarmed by the trend. According to a recently leaked Department of Justice report, nearly 24,000 "privately made firearms" were recovered between 2016 and 2020.

The practice is surprisingly still legal in most states. Only ten states and Washington DC have laws that prohibit the printing of DIY ghost guns, according to Vice.

While 3D printing with plastic has become increasingly accessible, ghost guns usually aren't entirely made out of it.

“You need the metal parts," Rob Pincus, a personal defense instructor and gun rights advocate, told Vice. "Technically, could you build one out of all plastic? Yes. Is it going to be reliable and awesome? Probably not."

Regulators and law enforcement are now in a fierce battle trying to get ahead of the trend — but have been able to do only very little, with gun violence rising in several parts of the country where ghost guns are illegal, as Vice reports.

It's a problem on an international scale as well. In April, Spanish police raided a warehouse where weapons were being printed.

It's a dangerous trend that allows practically anybody to assemble their own untraceable guns. Despite their best efforts, authorities are struggling to contain it. But to many enthusiasts, the genie is already out of the bottle.

READ MORE: I 3D-Printed a Glock to See How Far Homemade Guns Have Come [Vice]