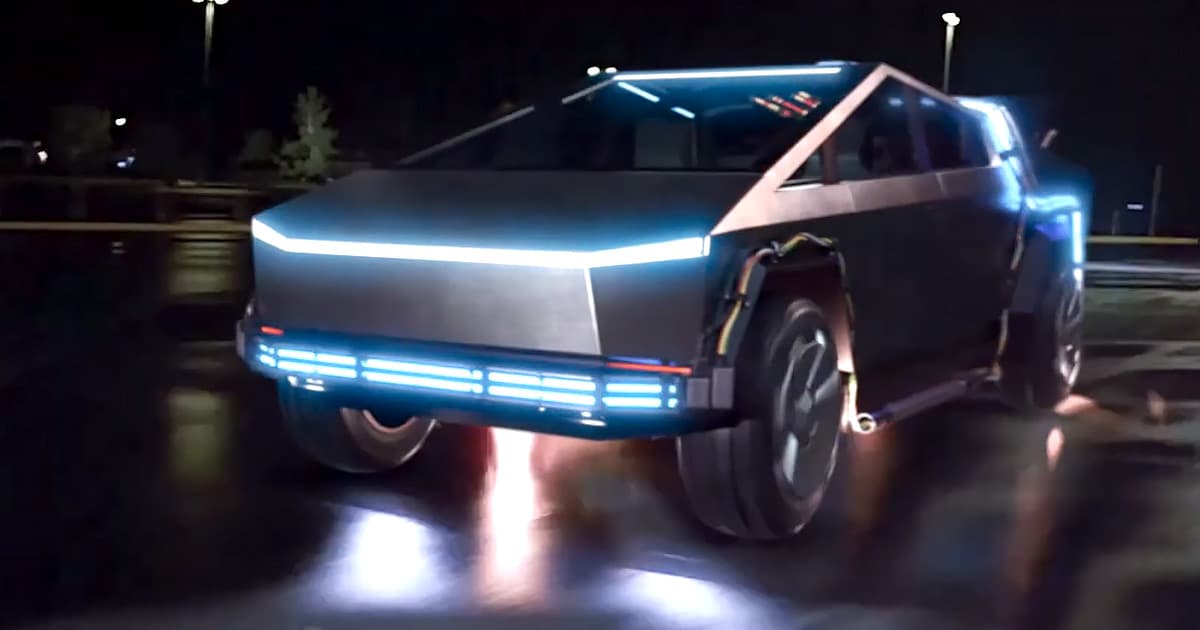 Watch a Cybertruck Replace the DeLorean in "Back to the Future"

This fan remake is incredible.

This fan remake is incredible.

"When this baby hits 88 miles per hour, you're gonna see some serious shit."

A YouTuber who calls themselves Elon McFly has uploaded a pixel-perfect vision of what would it would look like if the iconic DeLorean in the 1985 blockbuster "Back to the Future" was replaced by a Tesla Cybertruck.

In the clip, the Cybertruck can be seen accelerating to 88mph before traveling through time — leaving behind only two burning tire tracks and a bent license plate that reads "LOL GAS."

It's a surprisingly competent fan remake that manages to fool the eye with impressive lighting and rendering. The truck is also exactly what you'd expect a converted time machine Cybertruck to look like, from the haphazard wiring on the exterior to the light-up buttons on the inside.

It's not the Cybertruck's first appearance in popular culture. Rapper Travis Scott heavily featured the pickup truck and its electric ATV companion in his December music video for the song "Gang Gang."

READ MORE: Tesla Cybertruck blasts “Back to the Future” in amazing fan-remake [Teslarati]

More on the truck: Elon Musk Admits He Worried “Nobody Would Buy” Tesla’s Cybertruck