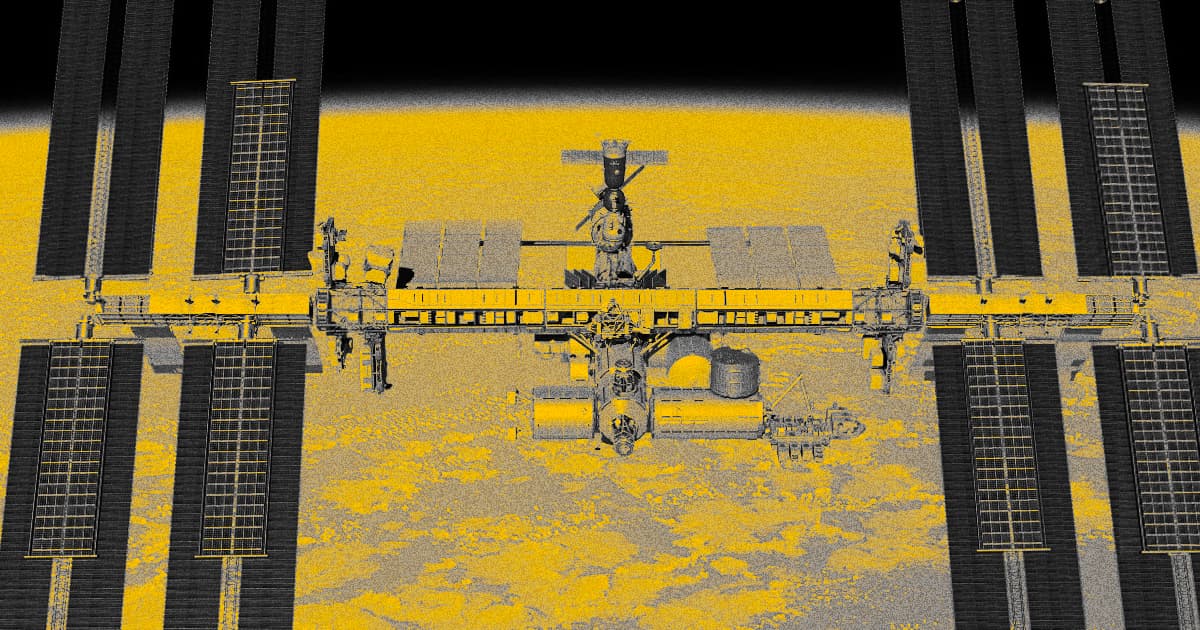 Two NASA astronauts took a roughly six-hour spacewalk outside the International Space Station, Space.com reports, so that they could install some new solar panels on the station.

The actual spacewalk happened early Wednesday morning, but you can still watch and follow along. NASA put the entire livestreamed video on YouTube so you can still click back through it to see the astronauts work as they float in the cold, empty void of space.

Some of the footage seems to come from stationary cameras that show an astronaut working away in the distance. But occasionally, the stream switches to a crewmember's helmet camera, giving a first-person view of the repairs. Those particularly eerie shots are illuminated by the astronaut's flashlight, drawing attention to the endless, pitch-black expanse in the background.

But the two astronauts, Thomas Pesquet and Shane Kimbrough, are seasoned pros — this was their third and seventh spacewalks, respectively, and the third that they did together, according to Space.com.

Thankfully, the spacewalk went just fine. But if an astronaut had somehow detached and tumbled away into space, they could have flown back to safety thanks to a jetpack built into their suit.

More on spacewalks: Piece of Astronaut's Spacesuit Falls off During Spacewalk