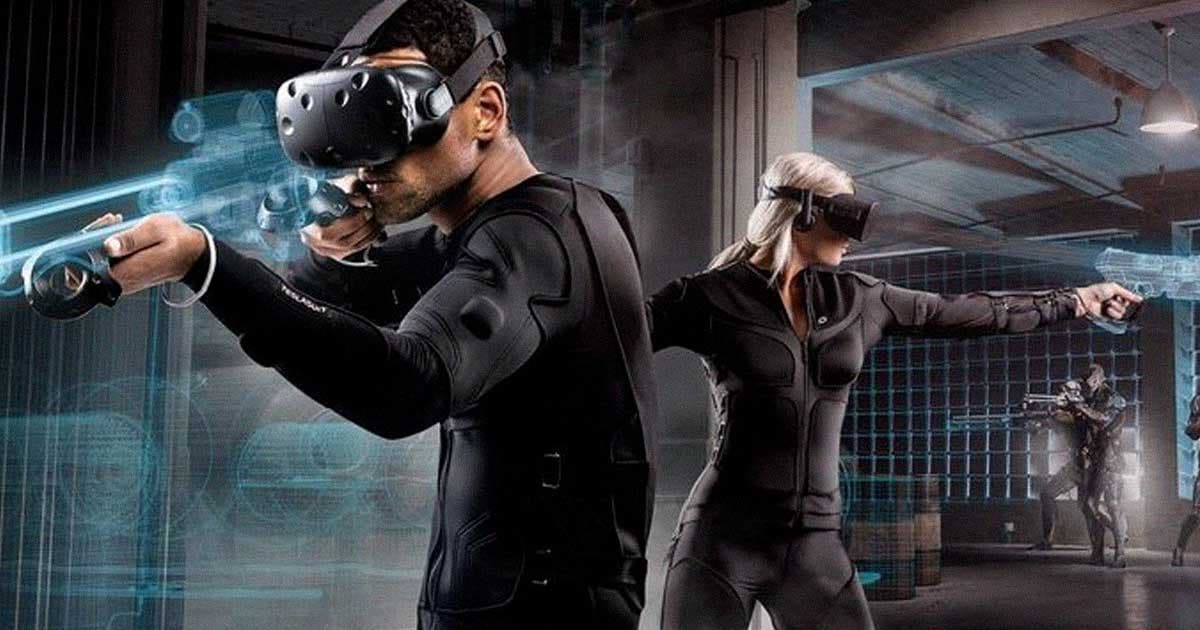 VR Company Shows Off Full-Body Suit That Electrocutes You Everywhere

Ever wondered what it feels like to get shot in VR?

Ever wondered what it feels like to get shot in VR?

Last summer, VR social platform startup Somnium and VR suit maker Teslasuit unveiled a "human-to-digital interface designed in the form of a full-body XR suit" — a suit that can literally electrocute you all over the body.

And according to a recent review by TechRadar, the experience sounds absolutely wild.

The haptic suit's 90 electrodes are designed to fool its wearer into thinking they're being shot at or feeling raindrops hitting their body — because, at the end of the day, who hasn't wondered what it would feel like to get blown up in combat?

According to TechRadar, the company was even able to simulate the G forces experienced by an F1 racecar driver using the suit.

"Electrical pulses fired into my arms and core, making my muscles feel heavier and I believed my body was actually being thrown around by the acceleration and deceleration caused by a moving racecar," TechRadar staff writer Hamish Hector recalls.

Hector also admitted he understandably "was terrified at the VR shooting range," but fortunately, even a virtual grenade exploding at his feet hurt "way less than you're expecting it to."

And that's probably a good thing, considering we play video games for fun — and not to hurt ourselves.

Besides, the suit isn't exactly designed to be sold to the masses. At an eye-watering $20,000, it's more meant for medical rehabilitation or for training high-performance athletes.

It's not the only gadget meant to mimic the sensation of pain. There's Japanese developer and startup founder Emi Tamaki, for instance, who is working on wearables that stimulate pain "to turn the metaverse world into a real world," as she told the Financial Times back in March.

Aiming to inflict just the right amount of pain via electrodes is a fascinating frontier for VR. But whether electrical currents will really prove to be the missing puzzle piece in the hunt to make experiences more immersive than ever remains to be seen.

READ MORE: This full-body haptic suit has ruined the Oculus Quest 2 for me [TechRadar]

More on VR: Zuckerberg Shows Off VR Headsets Designed to Be "Indistinguishable From Reality"