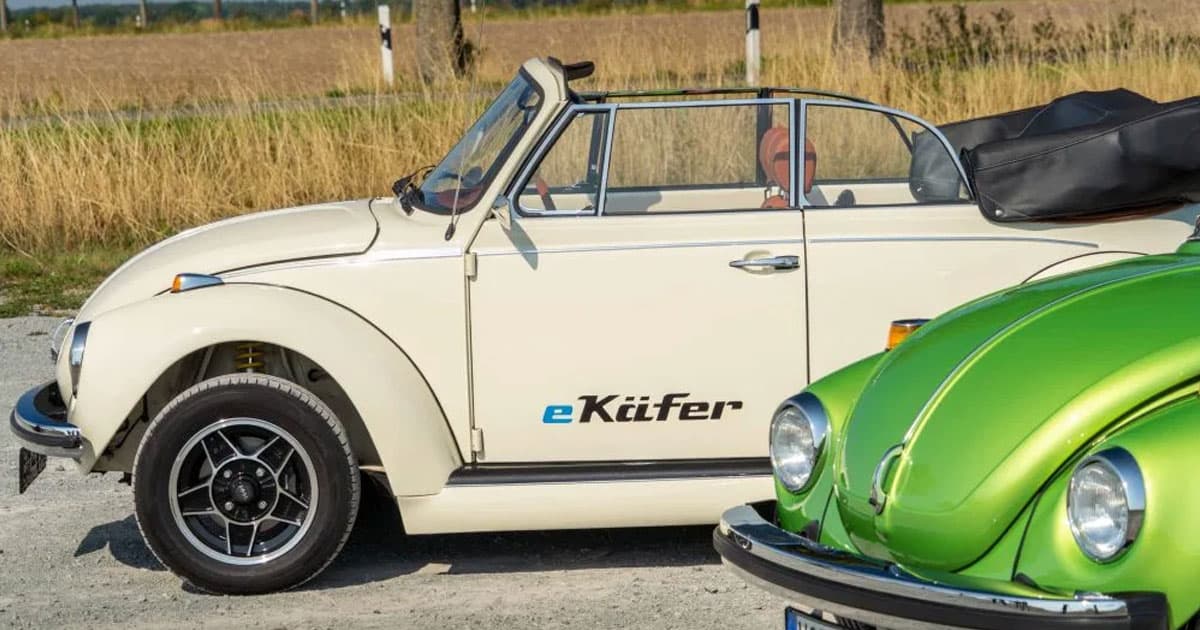 Volkswagen Will Convert Your Classic Beetle to Electric

But you'll have to travel to Germany to have it installed.

But you'll have to travel to Germany to have it installed.

On Wednesday, Volkswagen announced that it had produced a complete electric drive conversion kit that transforms a classic gas-powered Beetle into an electrical vehicle — great news for eco-conscious owners of the German automaker’s iconic car.

“The electrified Beetle combines the charm of our classic car with the mobility of the future,” Thomas Schmall, a member of Volkswagen’s board of management, said in a press release.

The upgrade kit includes up to 14 lithium-ion battery modules, and once equipped with the electric drive, a classic Beetle will reportedly have a range of 200 kilometers (124 miles), with a top speed of up to 150 kilometers per hour (93 miles per hour).

VW doesn’t plan to stop its vehicle electrification with the Beetle either. Schmall said it’s already looking into conversion kits for the VW Bus and potentially the Porsche 356.

Unfortunately, any Americans interested in getting their classic Beetle converted to electric will have an arduous journey ahead of them — VW has only partnered with one company, eClassics, for the conversions, and it’s located in Germany.

More on Volkswagen: This Volkswagen Prototype Has a Holographic Interface