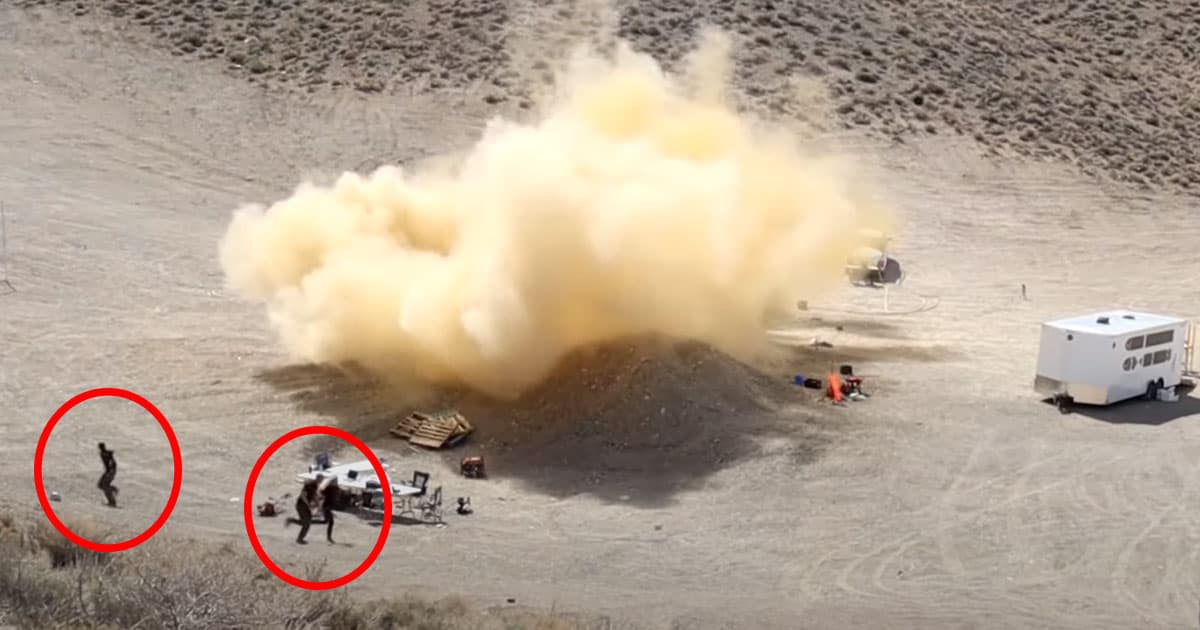 "This video is a masterclass in how not to do rocket science."

"This video is a masterclass in how not to do rocket science."

Launching rockets is anything but easy, and it can be wildly dangerous as well, especially with lax safety measures.

Take a scrappy new rocket launch startup called Pythom — no, that's not a typo — which recently attempted to hop its inaugural rocket, called Eiger. Judging by the footage of engineers running away from a dangerous cloud of potentially poisonous smoke, their safety protocols leave something to be desired.

Employees can be seen standing just dozens of feet away from the igniting rocket stage. The video also shows an employee standing below the towering rocket as it is being hoisted upright by a pickup truck.

"Damn, Pythom Space has some work to do on their safety culture," Ars Technica senior space reporter Eric Berger tweeted. "This video is a masterclass in how not to do rocket science."

After Berger's tweet started a lengthy discussion on Twitter and was shared a couple of hundred times, Pythom appears to have edited out the parts of the video showing the workers running for their lives — but fortunately, there are plenty of copies of the original still floating around.

According to the company's blog post about the event, employees had no idea "what would happen. It was the first attempt."

"Chances were nothing would happen at all; total silence," the post reads. "Or it would blow to pieces on the pad. Wait, what if it takes off?"

The startup's Eiger rocket is "powered by propellants that don’t require cryogenic storage facilities," according to the company's official website, and is designed to eventually launch 330 pounds into low-Earth orbit.

The company also prides itself on running "small teams and tight facilities," to keep costs low, as "90 percent of rocket cost in the traditional space industry is related to personnel."

We're certainly rooting for them — but perhaps hiring a safety coordinator should've been the move here.

"Eiger jumped around and was airborne maybe a foot or two," the blog reads, "couldn’t really tell for all the whirling dust."

More on launching rockets: This Startup Is Catching a Rocket With a Flippin' Helicopter!

Big Time
Meet the 24-Year-Old Who Drives NASA Rockets to the Launch Pad in a 6.5 Million Pound Crawler
Feb 9
Read More
Debate Over
New Experiment Will Test EmDrive That Breaks the Laws of Physics
6. 6. 19
Read More
3D Printed Rockets
U.S. Air Force Approves Launch Site for 3D Printed Rocket
1. 17. 19
Read More
+Social+Newsletter
TopicsAbout UsContact Us
Copyright ©, Camden Media Inc All Rights Reserved. See our User Agreement, Privacy Policy and Data Use Policy. The material on this site may not be reproduced, distributed, transmitted, cached or otherwise used, except with prior written permission of Futurism. Articles may contain affiliate links which enable us to share in the revenue of any purchases made.
Fonts by Typekit and Monotype.