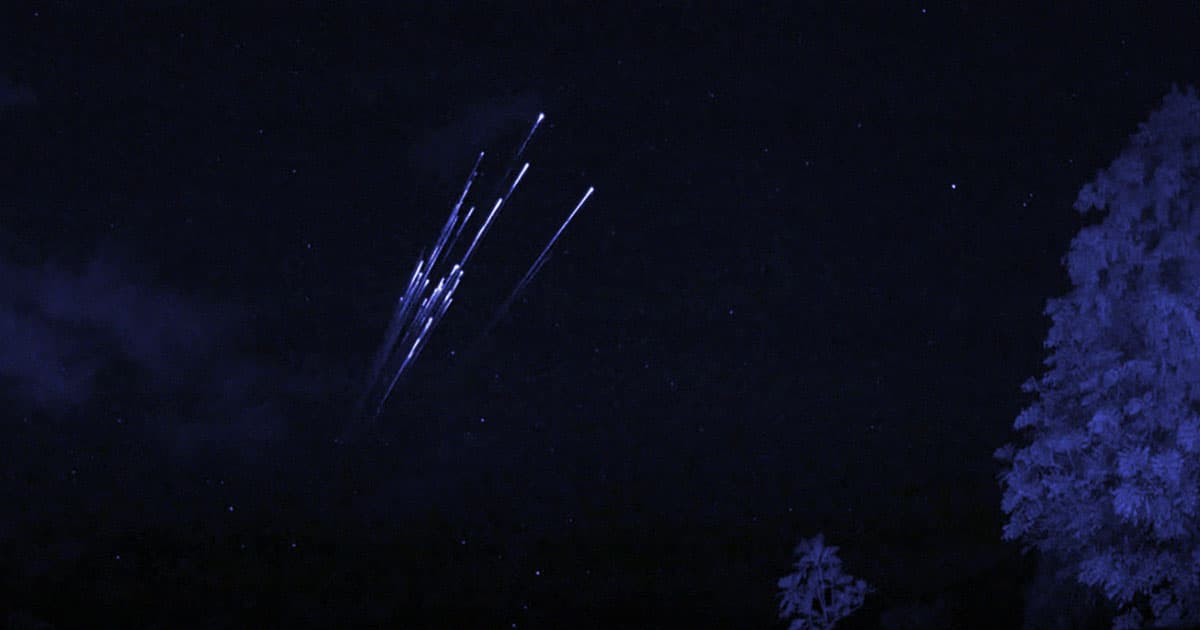 Fortunately, they "pose zero collision risk with other satellites."

Fortunately, they "pose zero collision risk with other satellites."

A geomagnetic storm last week caused 40 of SpaceX's broadband-beaming Starlink satellites to fall out of orbit shortly after being deployed from one of the company's Falcon 9 rockets.

Some of them dipped low enough to burn up in the Earth's atmosphere, putting on a dramatic spectacle, as seen in a three-minute video uploaded to YouTube.

The satellites were caught by the geomagnetic storm before they had a chance to slowly increase their altitude to reach their final orbit.

"SpaceX deploys its satellites into these lower orbits so that in the very rare case any satellite does not pass initial system checkouts it will quickly be deorbited by atmospheric drag," reads a SpaceX update.

Fortunately, the hundreds of pounds of satellites "pose zero collision risk with other satellites," according to the company. Since they're burning up entirely in orbit, "no orbital debris is created and no satellite parts hit the ground."

SpaceX has managed to successfully launch more than 1,800 Starlink satellites so far. The doomed launch earlier this month was the company's third this year alone.

Given the pace at which SpaceX is launching the satellites, the storm isn't a huge setback for the company. In fact, its next Starlink launch is already scheduled for later this month.

Space Billboards
Russian Scientists Propose Plan to Launch Huge Advertisements Into Orbit Over Cities
Oct 5
Read More
Makeover Scene
Space Tourist Says He's Thinking About Flying SpaceX Craft Up to Fix Hubble
Sep 29
Read More
Grain of Salt
There's a Huge Problem With Elon Musk's Promise to Bring Starlink to Iran
Sep 27
Read More
+Social+Newsletter
TopicsAbout UsContact Us
Copyright ©, Camden Media Inc All Rights Reserved. See our User Agreement, Privacy Policy and Data Use Policy. The material on this site may not be reproduced, distributed, transmitted, cached or otherwise used, except with prior written permission of Futurism. Articles may contain affiliate links which enable us to share in the revenue of any purchases made.
Fonts by Typekit and Monotype.