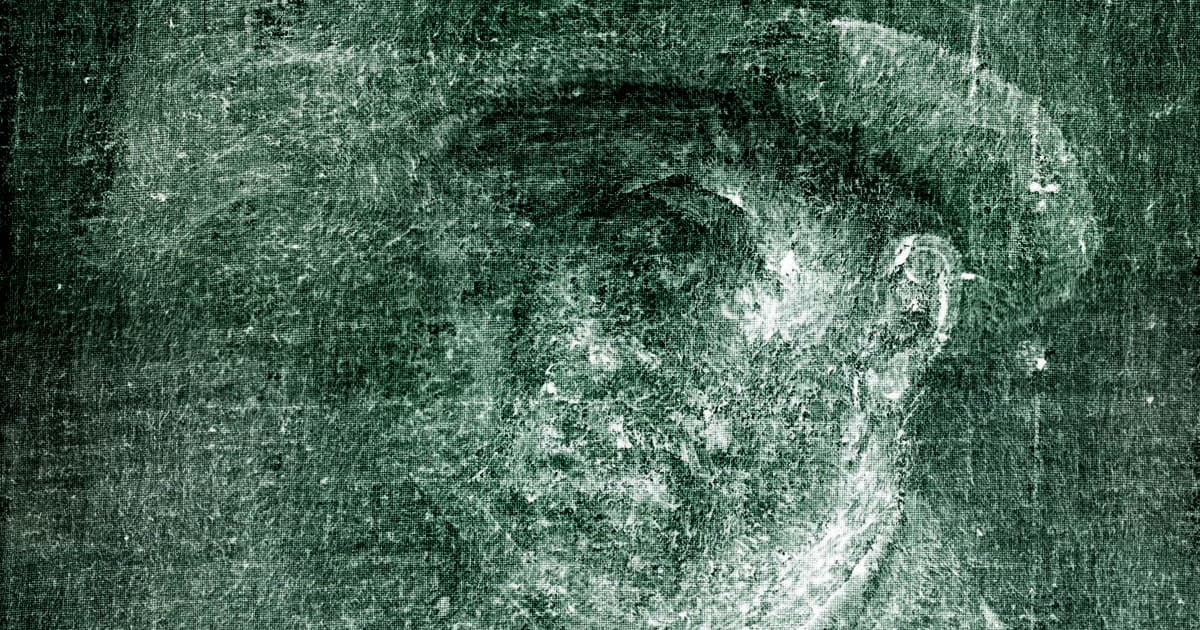 It's been hidden for more than a century.

It's been hidden for more than a century.

A secret, ghostly self-portrait of Vincent Van Gogh has been hiding underneath layers of cardboard and glue for more than a century — but art historians and experts finally uncovered the artwork this week, with the help of technology.

The press office of the National Galleries of Scotland released a statement saying that x-ray images of Van Gogh's 1885 "Head of a Peasant Woman" revealed a previous self-portrait on the reverse side, a trick Van Gogh used to save money on canvas and supplies. In the painting, his left ear is clearly visible, which is notable considering he cut that ear off in 1888.

"Moments like this are incredibly rare," Professor Frances Fowle, the gallery's senior French art curator, said in the statement. "We have discovered an unknown work by Vincent van Gogh, one of the most important and popular artists in the world. What an incredible gift for Scotland, and one that will forever be in the care of the National Galleries. We are very excited... the x-ray image of the self-portrait will be on view for all to see."

The painting is, for now, sort of a Schrodinger's portrait — nobody is sure whether the two can be physically separated.

The gallery statement said art historians aren't sure what condition Van Gogh's self portrait is in, but hope to remove the layers of material to carefully reveal the mysterious work. Research is currently ongoing to see if the paintings can be separated without damaging "Head of a Peasant Woman."

There's hope, in other words, that we'll soon see a new portrait of Van Gogh at a crucial time in his career. Art historians have a long history of uncovering "verso" self-portraits, with five other examples of the thrifty portraiture method on display already in the Van Gogh Museum in Amsterdam.

More on art history: Art Plundered From Africa Stolen Back, Sold as NFTs

Eternal Memory: You Can Now Wear 1,000 Languages Around Your Neck
1. 10. 17
Read More
International Salad Station
Astronauts Prepare to Grow Juicy Dwarf Tomatoes in Space
Yesterday
Read More
Stratego AI
Google Teaches AI to Play Stratego and It Becomes One of the World's Top-Rated Players
Yesterday
Read More
+Social+Newsletter
TopicsAbout UsContact Us
Copyright ©, Camden Media Inc All Rights Reserved. See our User Agreement, Privacy Policy and Data Use Policy. The material on this site may not be reproduced, distributed, transmitted, cached or otherwise used, except with prior written permission of Futurism. Articles may contain affiliate links which enable us to share in the revenue of any purchases made.
Fonts by Typekit and Monotype.