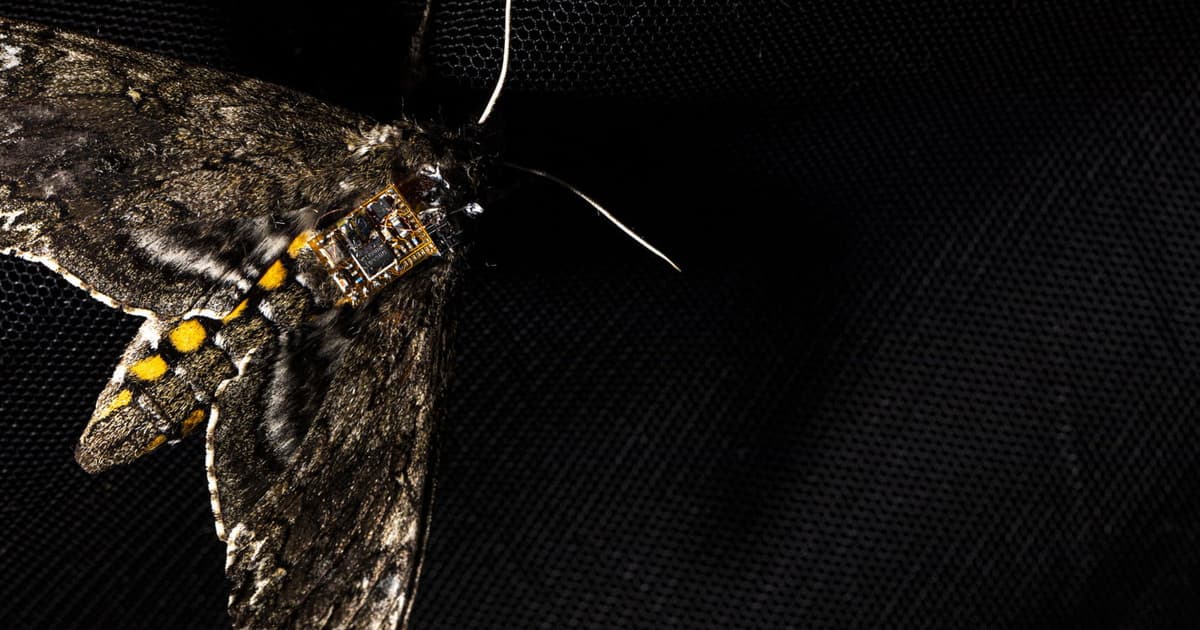 An army of moths would drop sensors like tiny drones.

An army of moths would drop sensors like tiny drones.

Scientists have a plan to cover the Earth in tiny sensors that record parameters like temperature and humidity. And to help them with particularly hard-to-reach areas, they're recruiting an army of bugs.

A team of University of Washington scientists built a tiny, lightweight sensor that can survive long drops, and now wants them to stick them onto moths that then distribute them all over the place, Digital Trends reports. It's like using drones or helicopters to airdrop supplies, but shrunk down to a thousandth the size.

Leaf On The Wind

The real challenge was building a sensor that could both survive a drop of 72 feet while being light enough to be carried by a moth. In the team's research, published last month in the journal MobiCom '20: Proceedings of the 26th Annual International Conference on Mobile Computing and Networking, they describe a sensor that's so small and light it safely flutters to the ground.

"This is a strategy people use in disaster scenarios to deliver food and medical supplies, and is usually done with large planes or helicopters," study coauthor and Washington engineer Vikram Iyer told Digital Trends. "That got us thinking, can we use this same idea with much smaller drones, or even live insects, to release sensors across a large area?"

When a moth reaches a location where the scientists want to drop a sensor, they can remotely trigger it to detach, according to Digital Trends.

For now, the team is focused on weather-monitoring sensors, but they say that down the road, the same approach could be used to distribute all sorts of tech.

More on robo-bugs: Scientists Build Tiny Cameras for Beetles to Carry Around