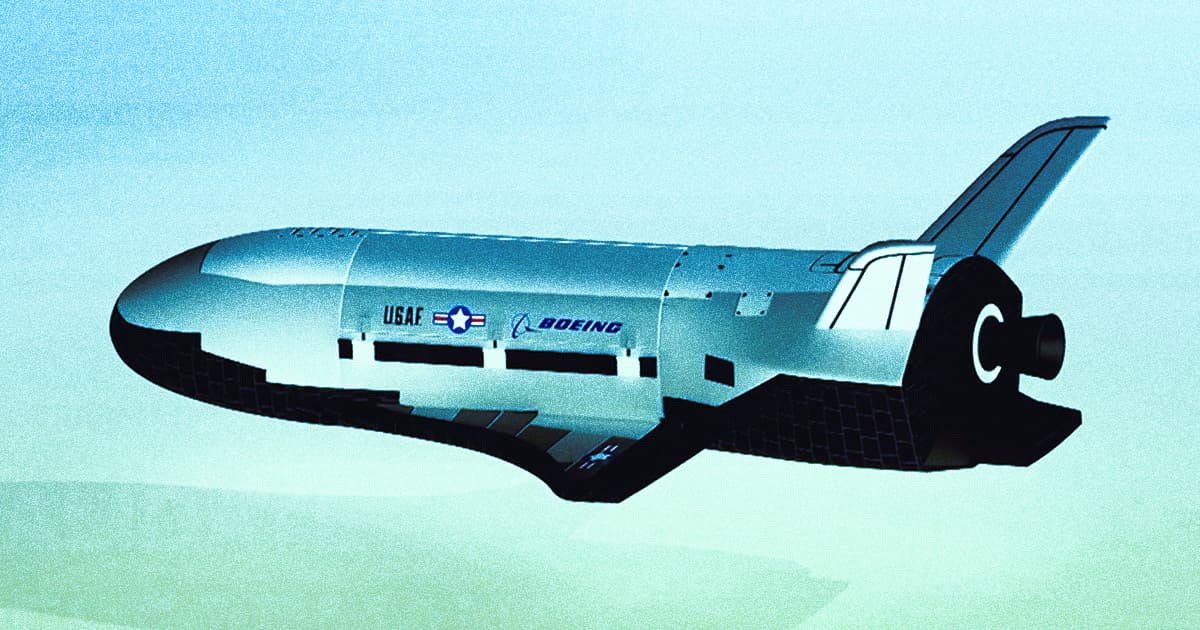 This slow-motion footage is pretty impressive.

This slow-motion footage is pretty impressive.

The newly-minted US Space Force launched a secretive Boeing spacecraft this weekend, in a mission that reportedly contains a payload of military and NASA experiments.

The spacecraft in question is the Boeing X-37B, an uncrewed space plane that looks like a tiny Space Shuttle and has already spent long, mysterious periods in the Earth's orbit under the purview of other branches of the US military.

Beautiful slowmo footage from our stream during @ulalaunch #USSF7 ... so quick into those clouds!📽️

BTS of how we got the shot next tweet⬇️

Publicly-disclosed material on board the spacecraft, which launched on an Atlas V rocket on Sunday from Cape Canaveral, include a pair of NASA experiments and equipment designed to test the possibility of beaming solar power down to Earth from space.

The Space Force has been a pet project of the Trump Administration, which debuted its Star Trek-esque flag last week in an eyebrow-raising ceremony during which the president bragged about a "super-duper missile."

More on the X-37B: What Was the Air Force’s Secret Space Plane Doing in Orbit for 779 Days?