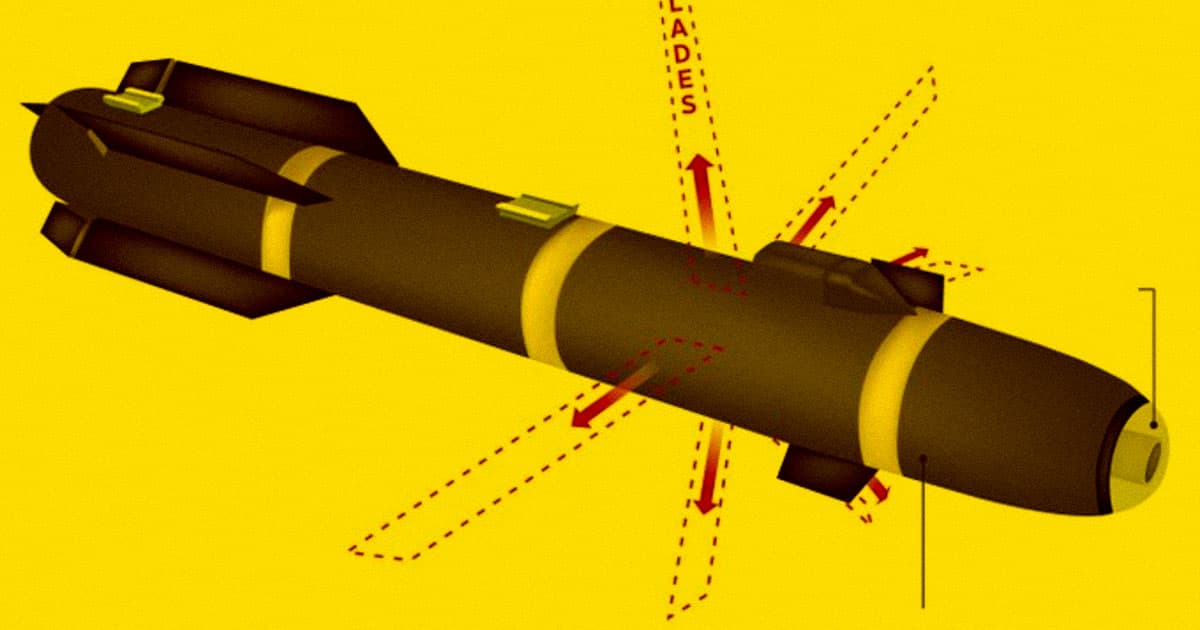 The US Military Crushed, Chopped Up Al Qaeda Terrorist With Sword-Covered Hellfire Missile

US military forces killed the suspected head of an Al Qaeda affiliate in Syria this month using a non-explosive Hellfire missile warhead, according to The New York Times.

Rather than exploding, the 100-pound "R9X" missile deploys six long blades to carve up anything in its path. The goal is to minimize civilian causalities that would have resulted from an explosive warhead — essentially Slap Chopping a single human target.

According to a 2019 expose by The Wall Street Journal, the weapon was called "the flying Ginsu" by people familiar with the matter, referring to the popular knives sold on TV infomercials in the late 1970s. The Defense Department confirmed two specific strikes at the time.

Photos of one of the airstrikes involving the R9X variant, dating back to February 2017, show a serrated hole blown through the roof of a vehicle, without much damage to the rest of the car. The CIA-led airstrike was targeting Al Qaeda’s second-ranking leader, Abu al-Khayr al-Masri.

According to the Journal, the bizarre weapon was developed under the direction of former US president Barack Obama, after thousands of innocent civilians, including countless women and children, were murdered by US airstrikes.

That trend hasn't changed when Donald Trump took over — with or without the use of the blade-wielding Hellfire missile. More than 10,000 civilians were killed or injured in Afghanistan in 2019 alone, according to the United Nations.

To this day, Al Qaeda has survived US operations and has several affiliated branches across the Middle East and West and North Africa.