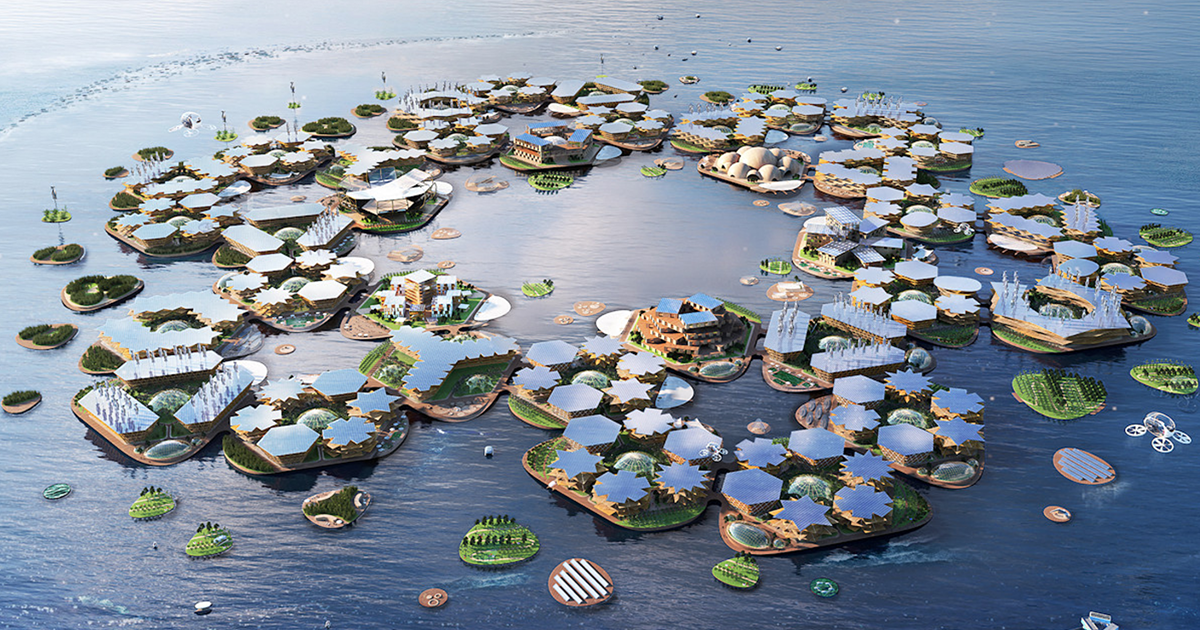 "Everybody on the team actually wants to get this built. We're not just theorizing."

"Everybody on the team actually wants to get this built. We're not just theorizing."

With the threat of climate change looming, the United Nations is now considering floating cities as one way to protect coastal populations from rising sea levels.

On Wednesday, the intergovernmental group unveiled Oceanix City, a concept for one of those floating cities developed as a partnership between architect Bjarke Ingels and Oceanix, a company that specializes in building floating structures  — and it's a stunning vision of the future of urban living.

Each Oceanix City would consist of several hexagonal platforms, each anchored to the sea floor. The platforms would fit together to form a completely self-sustaining floating city of 10,000 residents.

The city's design would allow it to withstand floods, tsunamis, and Category 5 hurricanes — the types of extreme weather events increasing in both severity and frequency due to climate change.

Unlike countless city concepts before it, Oceanix City might actually come to fruition — thanks to backing by the United Nations Human Settlement Programme (UN-Habitat), the UN's agency for sustainable urban development.

During the unveiling on Wednesday, UN-Habitat's executive director Maimunah Mohd Sharif said the agency plans to work with Oceanix, the Massachusetts Institute of Technology, and The Explorers Club to build an Oceanix City prototype docked on the East River near the UN's headquarters in New York within months.

"Everybody on the team actually wants to get this built," Oceanix CEO Marc Collins told Business Insider. "We're not just theorizing."

READ MORE: The UN just unveiled a design for a new floating city that can withstand Category 5 hurricanes [Business Insider]

More on futuristic cities: Architects Reveal What They Think “The City of the Future” Will Look Like

Google's Parent Company Is Building a High-Tech Neighborhood in Toronto
10. 19. 17
Read More
Engineers Are Building a Solar-Powered, Floating Island City
1. 19. 17
Read More
Overpopulation: Where Do We Put the Next Billion Humans?
12. 3. 16
Read More
+Social+Newsletter
TopicsAbout UsContact Us
Copyright ©, Camden Media Inc All Rights Reserved. See our User Agreement, Privacy Policy and Data Use Policy. The material on this site may not be reproduced, distributed, transmitted, cached or otherwise used, except with prior written permission of Futurism. Articles may contain affiliate links which enable us to share in the revenue of any purchases made.
Fonts by Typekit and Monotype.