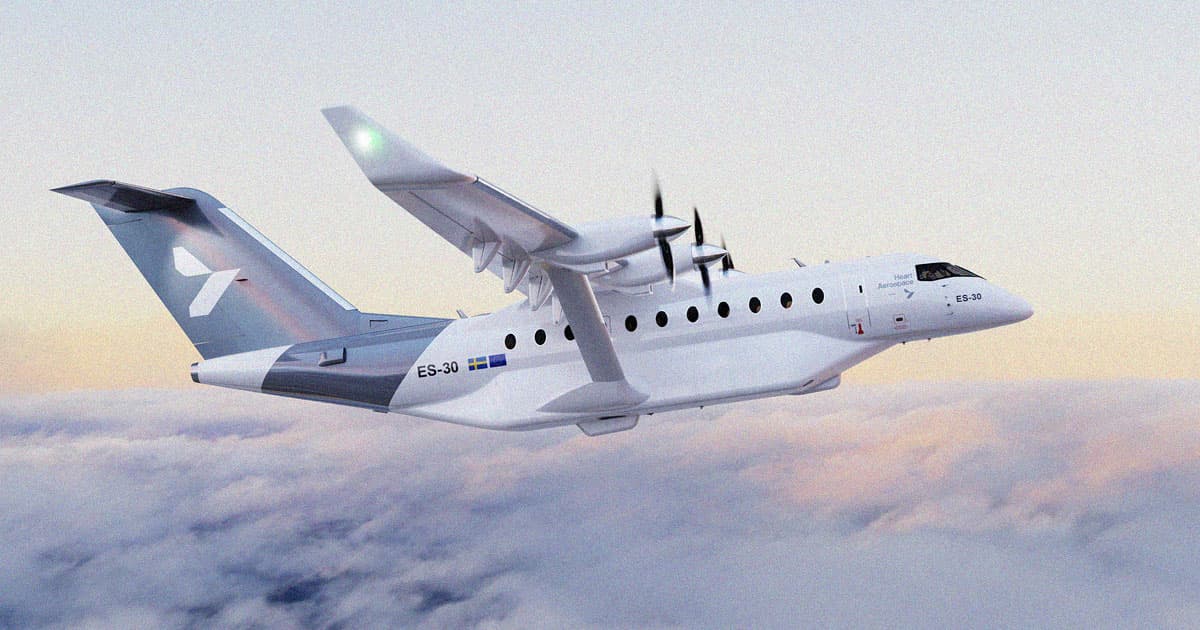 Is this the future of short-haul flights?

Is this the future of short-haul flights?

United Airlines, one of the largest airlines in the world, has shared preliminary plans to get an electric fleet of planes airborne at CNBC's ESG Impact Virtual Conference on Thursday.

The aviation giant is optimistic about the endeavor and is projecting it could have electric powered commercial flights by the tail end of this decade, potentially laying the groundwork for a much more environmentally friendly future for air travel.

"Initially we want to fly on routes that are 200 miles or less," Mike Leskinen, president of United Airlines Ventures, told CNBC during the video conference. "But as that energy density increases, that same aircraft will have a range of 250 miles, 300 miles, which is going to give us a lot more utility here connecting our hubs."

In other words, the battery-powered planes will get a chance to prove themselves in regional, short-haul flights, according to Leskinen.

Its founder Anders Forslund, who also attended the conference, said that the planes will be able to recharge in "under half an hour," which is about on par with industry standards.

The airplane won't be taking off any time soon, however, as it still requires certification, but Forslund predicts they’ll get approval by 2028.

For the long-haul flights, United has already announced plans to use sustainable fuel in its efforts to be carbon neutral by 2050.

In December in 2021, the airline became the first in the world to complete a passenger flight using 100 percent sustainable aviation fuel. It was an impressive stunt, but critics were skeptical about the feasibility of scaling up the technology.

It’s clear that the airline is willing to throw money at the sustainability problem in order to be ostensibly green, along with other heavyweights in the space like JetBlue and Virgin.

If the industry’s efforts pan out, it could be a game changer. But approaching carbon neutral status will be a difficult challenge to surmount.

New Tests Could Lead to Travel That's Faster Than the Speed of Sound
1. 26. 17
Read More
Pizza Personnel
Domino's Buying Hundreds and Hundreds of Electric Delivery Vehicles
Wednesday
Read More
Another One
Coinbase May Be in Real Serious Trouble Now
Wednesday
Read More
+Social+Newsletter
TopicsAbout UsContact Us
Copyright ©, Camden Media Inc All Rights Reserved. See our User Agreement, Privacy Policy and Data Use Policy. The material on this site may not be reproduced, distributed, transmitted, cached or otherwise used, except with prior written permission of Futurism. Articles may contain affiliate links which enable us to share in the revenue of any purchases made.
Fonts by Typekit and Monotype.