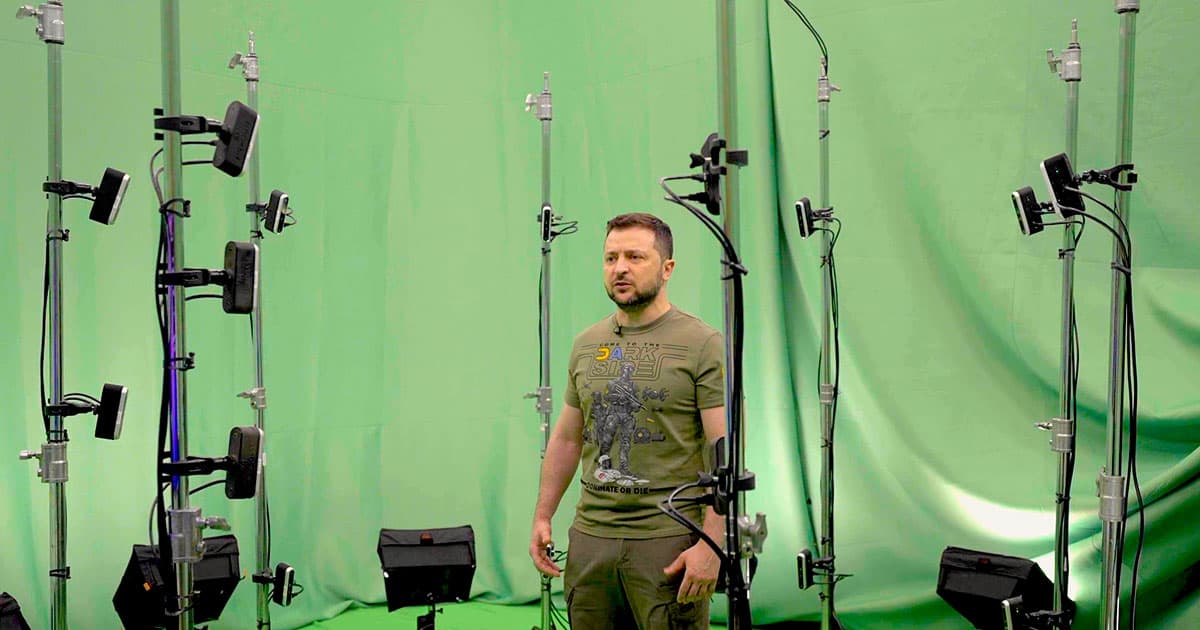 "This is not the only aspect of 'Star Wars' that we are putting into practice — we will defeat the empire too."

"This is not the only aspect of 'Star Wars' that we are putting into practice — we will defeat the empire too."

Ukranian President Volodymyr Zelensky appeared at four simultaneous European tech conferences yesterday via hologram, according to a new report published in The Next Web, which hosted one of the four conferences.

The hologram projected Zelensky inside a roughly person-sized box manufactured by a company called ARHT Media. Some video footage of the appearances was less impressive, but other angles did give a compelling sense of depth, as though a life-size Zelensky had been transported inside the box. Though it's a long shot from the 3D holograms of the "Star Wars" franchise, Zelensky used the opportunity to deliver a pointed message to Russia, which is currently in the midst of a brutal invasion of Ukraine.

"By the way," he said, "this is not the only aspect of 'Star Wars' that we are putting into practice — we will defeat the empire too."

President Volodymyr Zelensky appeared as a hologram at the Founders Forum, a gathering of tech entrepreneurs in the U.K., to call on Europe's tech leaders to help rebuild Ukraine and to announce a "digital lend-lease." pic.twitter.com/RurjCpPqxS

Despite current circumstances, the president says tech and innovation can thrive in Ukraine — a clear plea for assistance as the conflict drags on.

"We live in a time of super opportunities,"he said during his holographic remarks. "Ukraine is a chance for you, for your companies, your technology, knowledge, expertise, and investments to bring even more value."

It's an opportune moment for the president to address international listeners. A Ukrainian nonprofit codirector told TNW that trucks of supplies for the country have been dwindling, as attention for many wars around the world does over time even when people continue to suffer.

Appearing via hologram is an interesting way to make a pitch, and Ukraine could surely use the help. Maybe the president's message will reach the right ears.

More on new ways of getting around: The Future of Air Travel Is Apparently The Last Circle of Hell