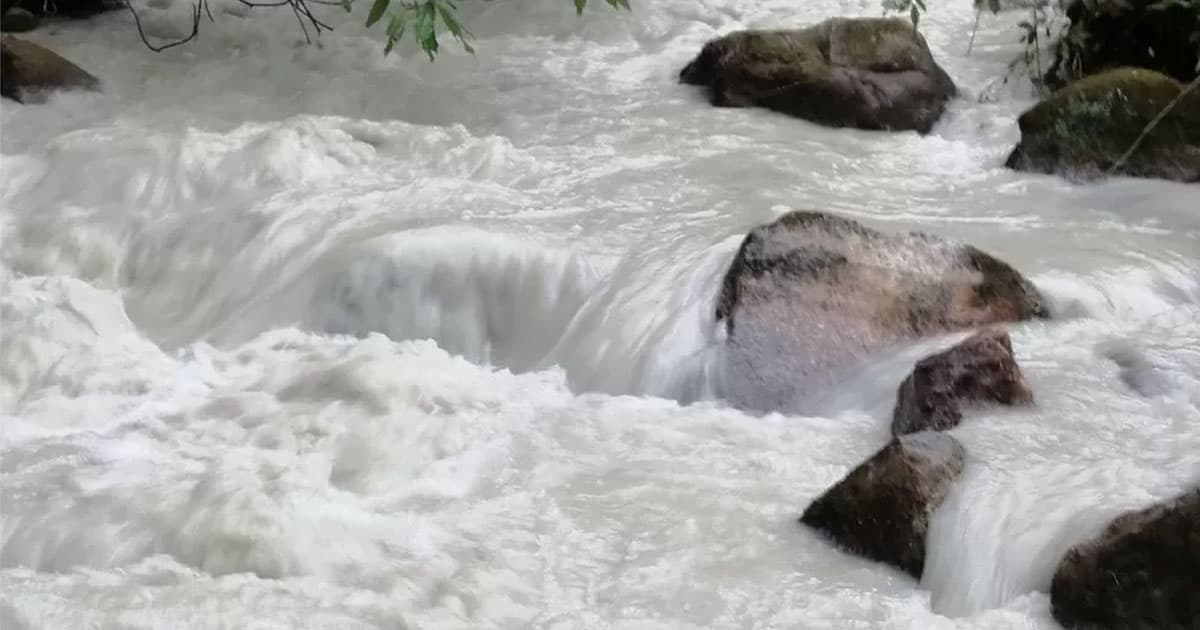 Something alarming happened in the south of England when an entire river mysteriously turned snow white, the BBC reports.

Officials from the UK's Environment Agency (EA) say they're closing in on the cause: a contaminant being discharged into the waterways, though they declined to elaborate on the source or nature of the pollution.

According to the EA, more than 12 miles of river have been affected, a shocking incident that could have very real ramifications for the local environment.

Digging into the history of the river, though, may provide clues as to the cause.

Passers-by were taken aback to find that both the rivers Yealm and Piall in south Devon had turned chalk white earlier this month, as local news site Devon Live reports, and it's reportedly not even the first time this has happened in the area.

While EA officials declined to give further details, a previous incident involving the same river turning white back in November 2020 could give us clues as to what may have happened this time.

The 2020 incident was caused by "rainfall-related run-off at a quarry operation in the upper catchment," as an EA spokesperson revealed at the time — though, to be clear, we still don't know for sure if the same source is to blame for this month's incident.

Officials are yet again jumping into action.

"We are supporting the work to stop the discharge and prevent further material from being washed down the river," the EA told the BBC in a statement. "We have officers at different locations on the river sampling and assessing the impact."

The direct environmental impact of the contaminant, needless to say, is still unknown.

"Fisheries specialists have been on site since early [on Tuesday] assessing the impact of the pollution on fish and fish habitat," the statement reads.