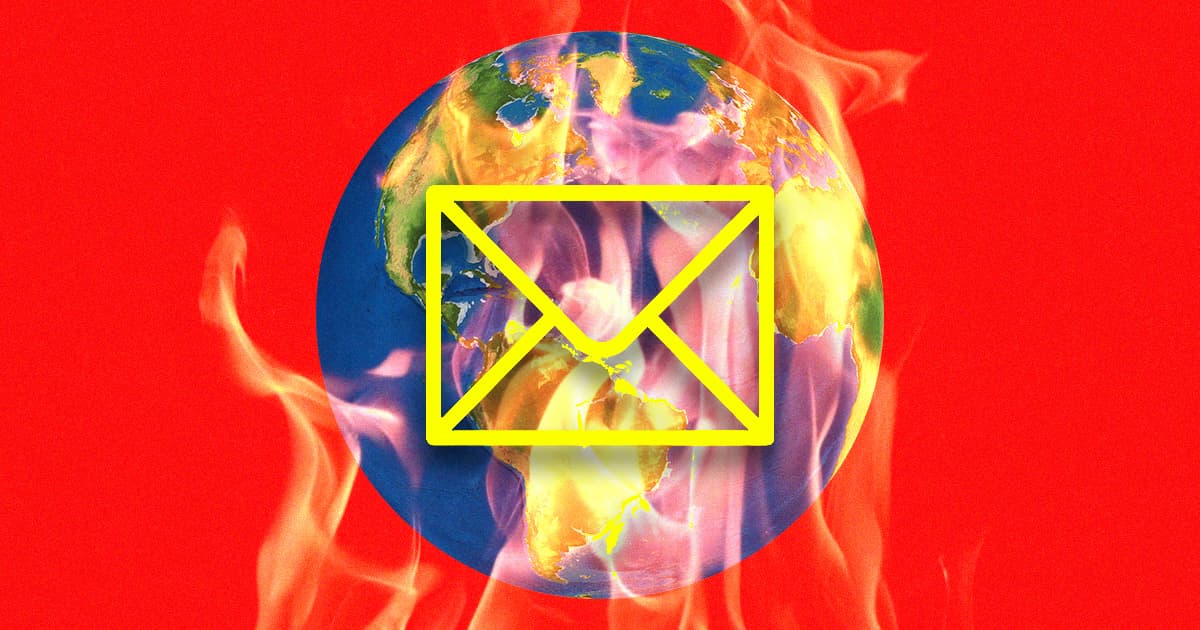 If you don't have anything to say, perhaps don't press "send."

The massive number of useless emails sent every day apparently takes a substantial toll on the environment, the BBC reports. As a result, U.K. officials are expected to soon ask everyone to stop sending out messages unless they actually have something to say. Unfortunately, it's not clear that it will do much to save the planet.

As originally reported by The Financial Times, officials in the U.K. will likely put out the call to cut down on superfluous emails — and thus the energy it consumes to do so — at next year's COP26 climate summit. Doing so, one official told the FT, "would save a lot of carbon."

If everyone in the U.K. sent one fewer email every day, it'd prevent about 18,114 tons of carbon emissions every year. On its own, that sounds like a slam dunk. But as the BBC points out, that's just 0.0037 percent of the U.K.'s annual greenhouse gas emissions.

"The reality is that a lot of the system will still have impact, whether or not the email is sent," University of Bristol sustainability and computer systems expert told the BBC. "There will be a small saving in the data centre hosting the email, particularly if it allows them to use a few less servers. But the carbon saved will be far far less than 1g per email."