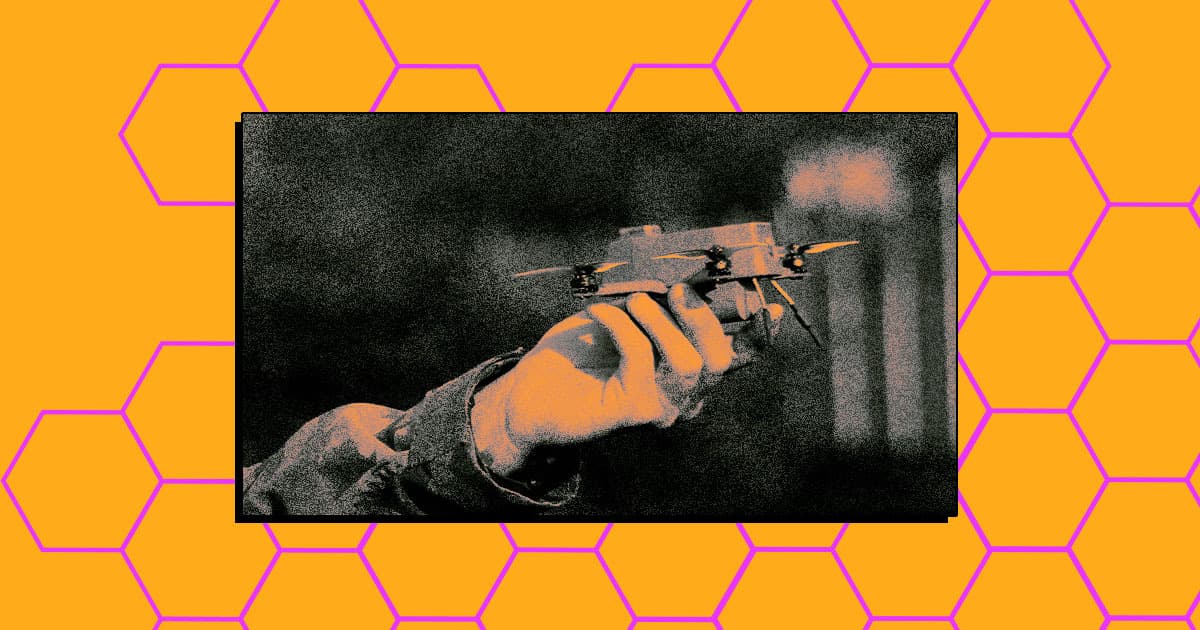 The palm-sized robots can even weather 50 MPH winds.

The palm-sized robots can even weather 50 MPH winds.

The U.K. military revealed that it's acquired 30 palm-sized drones — known as "Bugs" — that are capable of spying on targets or gathering intel across a great distance.

The autonomous Bugs, which weigh about the same as a smartphone, can survive intense weather conditions and travel distances of 1.25 miles (2 km) while streaming video footage during their 40-minute battery life, The Guardian reports. That's an impressive feat for such small robots, though it's also an unsettling development for surveillance technology.

In recent years, the U.K. military has invested heavily in ethically-questionable autonomous robots like fighter drones, and a top British general recently suggested that robot soldiers might someday make up a large portion of the armed forces.

The new Bugs, developed by weapons manufacturer BAE Systems, are unarmed. But with their ability to navigate 50 MPH winds and "uncompromising weather," according to The Guardian, they too play an important part in the robotization of the military.

"In even the toughest weather, the Bug can deliver vital tactical intelligence on what’s around the corner or over the next hill, working autonomously to give troops a visual update," James Gerard, principal technologist at BAE Systems’ applied intelligence business told The Guardian.

But not everyone's convinced that the Bugs' intel will be useful. In fact, Chris Cole, director of the watchdog group Drone Wars, told The Guardian it may well be dangerous.

"We have seen many times in the past commanders ordering airstrikes and other lethal action based on information obtained via remote surveillance," Cole said, "only for the situation on the ground to have turned out to be very different with this false sense of understanding leading to civilian casualties."

READ MORE: UK army buys 30 'Bug' drones that can spy on targets 2km away [The Guardian]