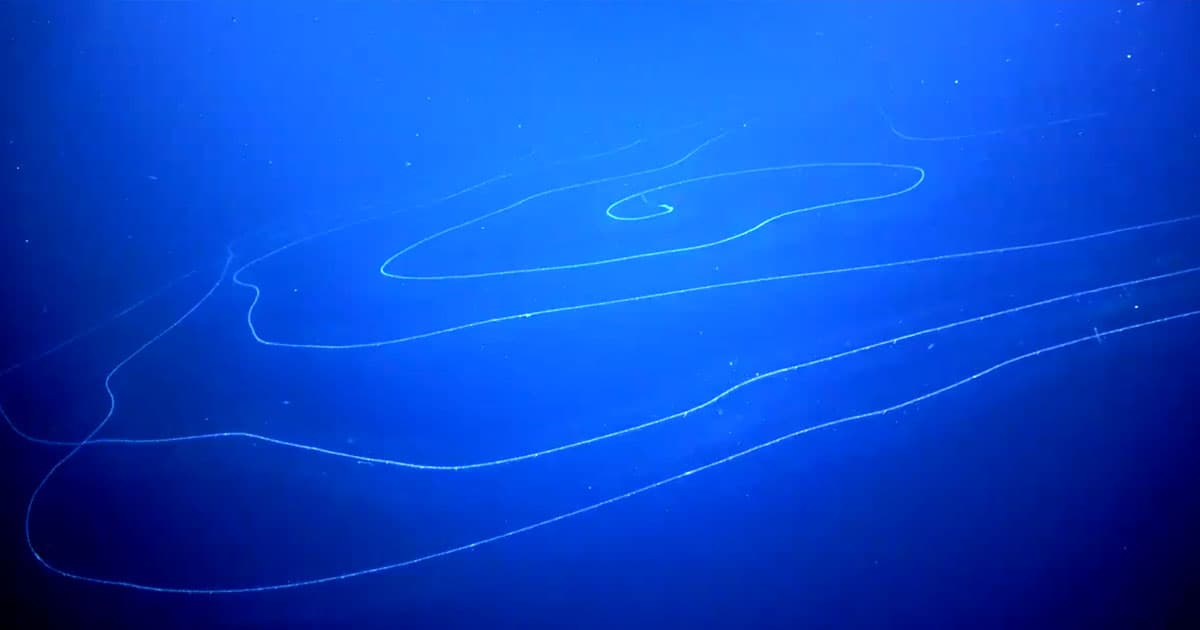 "UFO-Like" Sea Creature Made up of "Millions of Clones"

According to a Newsweek report, researchers found a bizarre deep sea organism off the cost of Western Australia. And it's an absolute mammoth.

"Check out this beautiful *giant* siphonophore Apolemia recorded on #NingalooCanyons expedition," wrote the official Twitter account for the Schmidt Ocean Institute (SCI). "It seems likely that this specimen is the largest ever recorded, and in strange UFO-like feeding posture."

The gigantic, silly-string-like sea creature is about 49 feet in diameter, resulting in a total length of the outer ring of 154 feet. But "the entire creature is much, much longer," Logan Mock-Bunting, a spokesperson for the Schmidt Ocean Institute, told Newsweek. "The crew is estimating it to be more than 120 meters in total length — possibly over 390 feet long."

University of North Carolina Asheville assistant professor Rebecca Helm reached for pop sci-fi to explain what these organisms are.

"It's made of millions of interconnected clones, like if the Borg and the Clone Wars had a baby together," she wrote in a recent Twitter thread responding to SCI's discovery. "There are about a dozen different jobs a clone can do in the colony, & each clone is specialized to a particular task."

"Let me tell you what this is and why it is blowing my mind," she added. "Most of the siphonophore colonies I've seen are maybe 20 centimeters long, maybe a meter. But THIS animal is massive. AND not just massive, the colony is exhibiting a stunning behavior: it's hunting."

"Siphonophores are not rare, just fragile and remote," Helm wrote. "As we explore the ocean's more, who knows what other creatures we will see."

READ MORE: Otherworldly, String-Like Organism Spotted in Deep Sea Is Made Up of 'Millions of Interconnected Clones' [Newsweek]