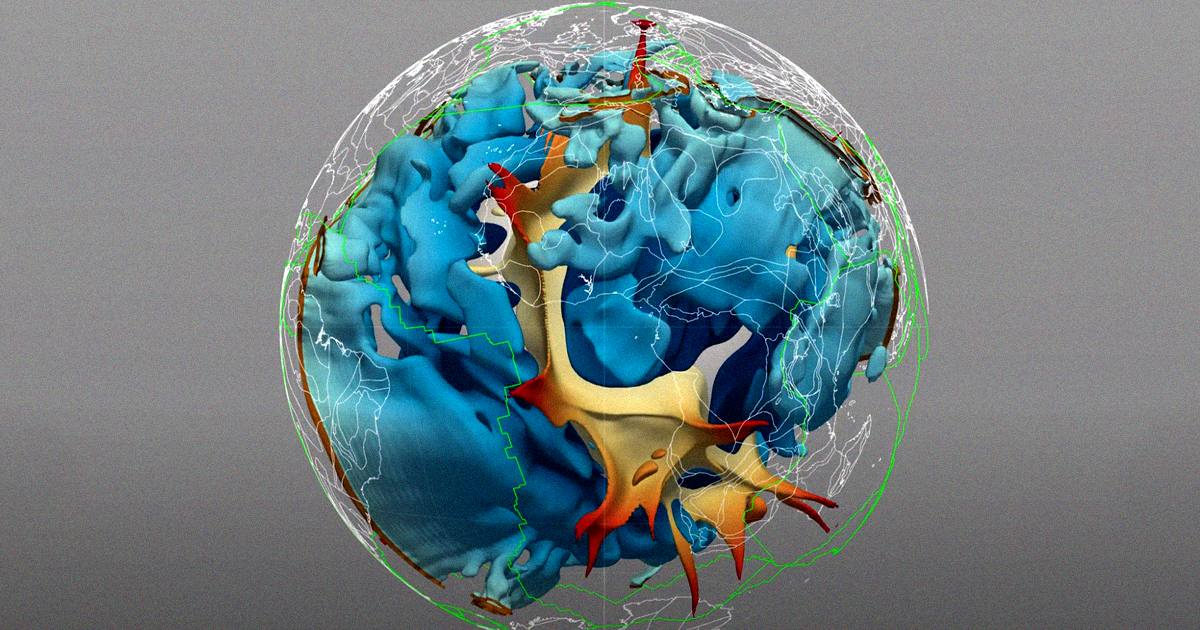 What is going on down there?

What is going on down there?

Hey, remember those two giant blobs inside the Earth's core that were puzzling scientists? Well, now it turns out that they seem to be on the move.

Those giant ancient structures, called mantle plumes — one lives under Africa and other under the Pacific Ocean, and both create volcanoes when they touch Earth's surface — were previously thought to be stationary.

But just because these epic mantle plumes are the size of continents doesn't mean they don't change shape over time, say the researchers from universities in France, China and Australia behind a new study published Wednesday in the journal Nature.

In a jointly-written essay published in The Conversation, the study authors said that just like continents, these deep-Earth structures can form "superblobs" and then break up over time. Their models say the African blob was probably born just 60 million years ago, a far cry from previous estimates that it had been there for nearly ten times as long.

Weirdly enough, the researchers say this discovery could help Earth's economy, as the new understanding could better detect where deposits of diamonds, nickel and other metals may surface, making them easier to mine and harvest. Although, to be fair, the crystal and mineral mining industries often facilitate sex trafficking, slavery and child labor — so let's not be too hasty.

The mining and energy industries should take any economic or environmental solution they can get, it's just gotta be physically possible.

Sun Shield
Scientists Increasingly Calling to Dim the Sun
Nov 23
Read More
Soggy Earth
Scientists Find Evidence of "Ocean" Hundreds of Miles Below Earth's Surface
Oct 3
Read More
Coastal Chaos
The Doomsday Glacier Is Hanging on "By Its Fingernails," Scientists Say
Sep 7
Read More
+Social+Newsletter
TopicsAbout UsContact Us
Copyright ©, Camden Media Inc All Rights Reserved. See our User Agreement, Privacy Policy and Data Use Policy. The material on this site may not be reproduced, distributed, transmitted, cached or otherwise used, except with prior written permission of Futurism. Articles may contain affiliate links which enable us to share in the revenue of any purchases made.
Fonts by Typekit and Monotype.