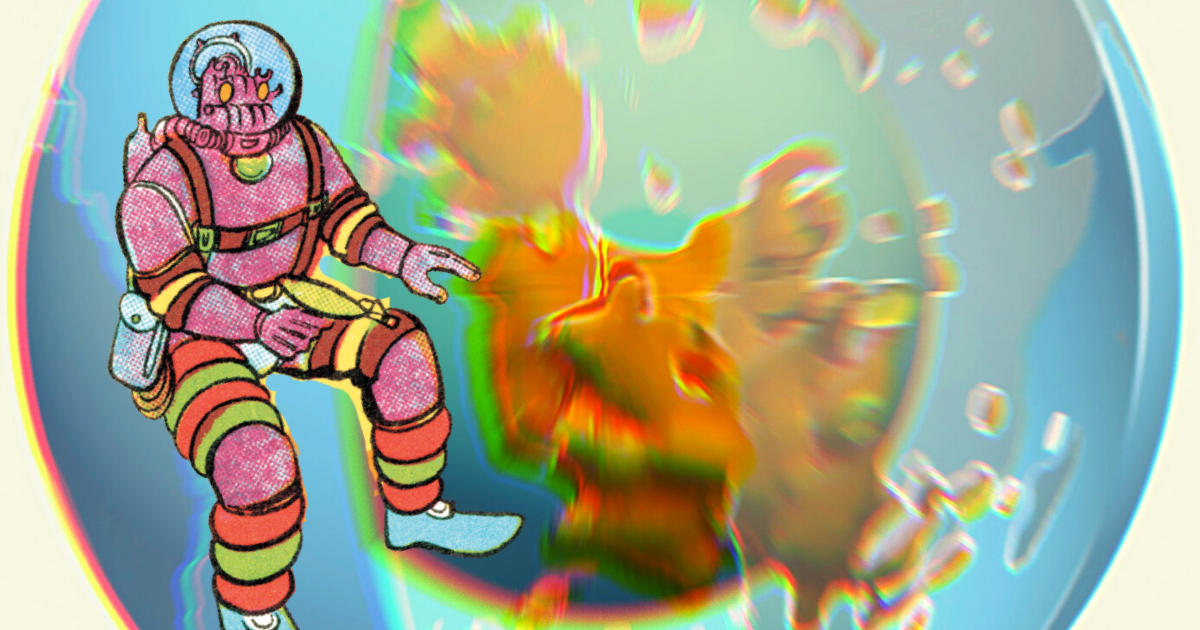 Scientists Puzzled by Two Huge Masses Inside the Earth

Futurism staff will be taking off early today to practice our kaiju-battling strategies, because apparently scientists have discovered two unidentified giant “blobs” inside the Earth’s crust. It’s eerily similar to the plot of Pacific Rim, the 2013 movie in which giant alien monsters emerged from a portal at the bottom of the Pacific Ocean and crushed, you know, everything.

Researchers from Arizona State University published a study on the blobs earlier this week in the journal Nature Geoscience, and one is indeed under the Pacific Ocean while the other is under the continent of Africa. According to a new report on the study in SciTechDaily, Earth has a thin outer crust, a thick viscous mantle, a fluid outer core, and a solid inner core. The mantle contains both massive blob-like structures. Scientists who studied them call the blobs Large Low-Shear-Velocity Provinces (LLSVPs). They are each the size of a continent and 100 times taller than Mt. Everest, but they’re not exactly the same.

“The African anomaly has a relatively lower density and thus may be less stable than the Pacific anomaly, implying [they] have different compositions, dynamics and evolution histories,” the study’s authors wrote about the LLSVPs.

Core of the Problem

According to the researchers, the African anomaly may have been rising toward the surface more recently than the Pacific Ocean blob. In fact, it may affect the Earth’s topography, gravity, plate motion and even create or worsen volcanic activity.

In many ways, though, the blobs don’t necessarily mean something is wrong or that we’re all in imminent danger. Quite the opposite. Qian Yuan, lead author on the study, explained in an ASU press release that understanding these structures may highlight the evolution of our planet and the history behind Earth’s deepest layers.

“Our [work] provides new insights on the nature of the Earth’s largest structures in the deep interior and their interaction with the surrounding mantle,” Yuan said in the release. “This has far-reaching implications for scientists trying to understand the present-day status and the evolution of the deep mantle structure.”

Sounds like we’re not under imminent kaiju attack right now, but we’ll be sure to report back if we hear of any alien activity.

More on new Earth discoveries: Scientists May Have a Discovered New Species on the Endurance Shipwreck

Life on Earth
Astrobiologists Suggest the Earth Itself May Be an Intelligent Entity
Feb 17
Read More
Wobble Wobble
Scientists: Uh, Earth Flipped Over On Its Side 84 Million Years Ago
10. 20. 21
Read More
The Earth’s Magnetic Poles Are Overdue for a Switch
1. 29. 18
Read More
+Social+Newsletter
TopicsAbout UsContact Us
Copyright ©, Camden Media Inc All Rights Reserved. See our User Agreement, Privacy Policy and Data Use Policy. The material on this site may not be reproduced, distributed, transmitted, cached or otherwise used, except with prior written permission of Futurism. Fonts by Typekit and Monotype.