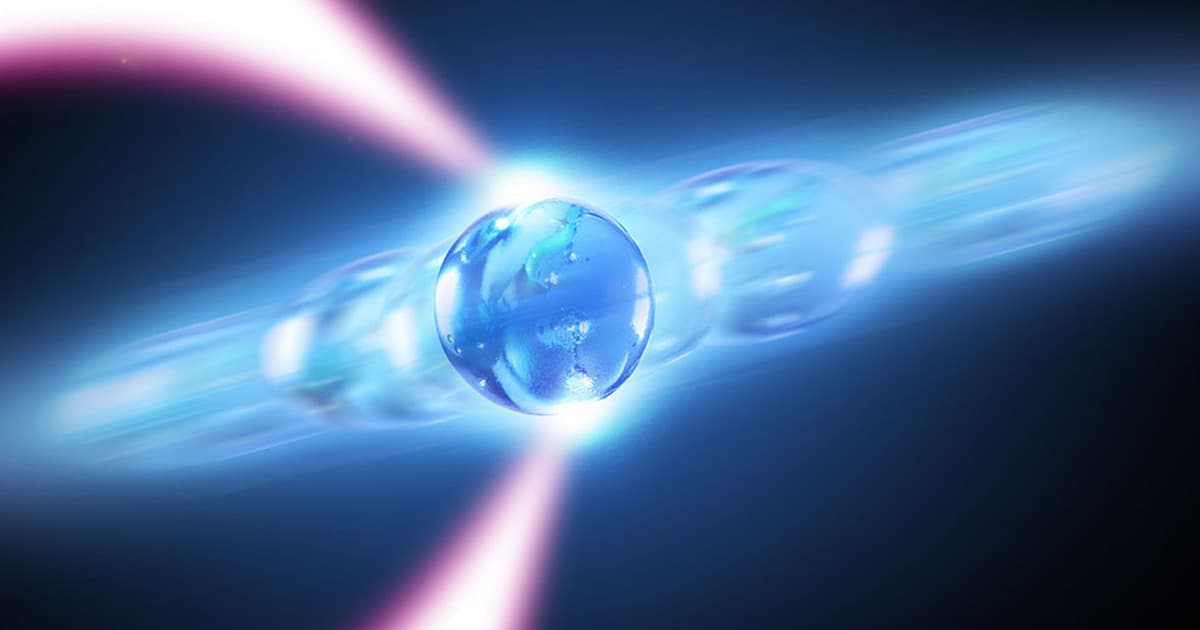 Engineers Build Tweezers So Tiny They Can Pick Up Individual Molecules

"The ability to trap and manipulate such small objects gives us the ability to understand the way our DNA and other biological molecules behave in great detail."

"The ability to trap and manipulate such small objects gives us the ability to understand the way our DNA and other biological molecules behave in great detail."

For the first time, engineers built optical tweezers capable of grabbing individual biomolecules and proteins without damaging them — a vast improvement to the technology.

Existing optical tweezers, which are devices that can trap and manipulate tiny objects using highly-focused lasers, couldn't grab anything smaller than a red blood cell. But the new nanotweezers can pick up individual proteins and DNA molecules, according to research published Monday in the journal Nature Nanotechnology. The Vanderbilt University engineers that built them hope that means doctors will be able to diagnose diseases like Alzheimer's even earlier on.

The new nanotweezers, which are technically called opto-thermo-electrohydrodynamic tweezers (OTET), use a laser that traps and lifts individual objects as small as ten nanometers — without aiming directly at the object and damaging it with the intense light.

"We have developed a strategy that enables us to tweeze extremely small objects without exposing them to high-intensity light or heat that can damage a molecule's function," lead researcher Justus Ndukaife said in a press release. "The ability to trap and manipulate such small objects gives us the ability to understand the way our DNA and other biological molecules behave in great detail, on a singular level."

Being able to isolate, sort, and investigate individual proteins would be exceptionally valuable to doctors investigating a patient for signs of Alzheimer's disease or other neurodegenerative diseases. Because OTET works with small, individual molecules, doctors would theoretically be able to spot the proteins associated with Alzheimer's in earlier stages of the disease.

"The sky is the limit when it comes to the applications of OTET," Ndukaife said in the release.