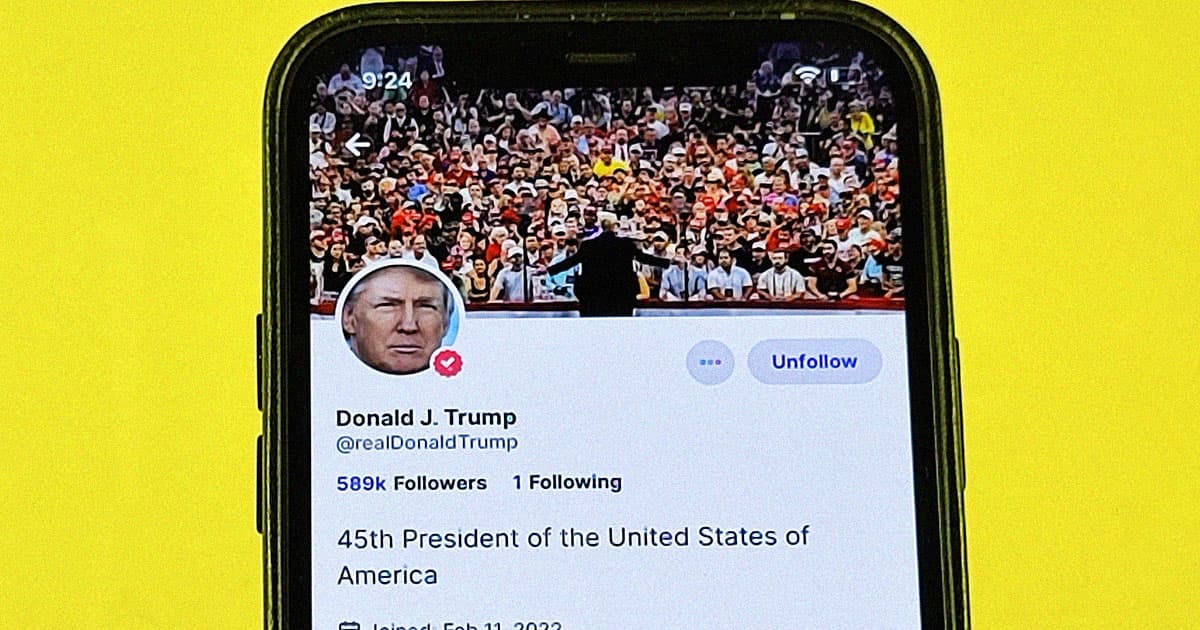 That's a lot of dough.

That's a lot of dough.

After the Capitol Riot on January 6 in 2021, now-former President Donald Trump needed a social media site where he could continue making public statements after being banned from Twitter.

Thus Truth Social, the president's social media outlet, was born — but it looks like the company may already be in trouble. Yesterday, Fox Business reported that the nascent site has allegedly been stiffing the company its web host by nearly two million dollars.

Three anonymous sources told Fox that Truth stopped making payments to host RightForge in March of this year. RightForge says Trump's company owes $1.6 million in unpaid bills and is threatening legal action to recoup the money — and that's a bad look for any startup.

Back in 2016, USA Today unearthed 3,500 legal cases in which businesses owners and workers claimed Trump had failed to pay their invoices — like a guy who built the cabinets for a Trump casino in the 80s, for instance, who never got the $83,600 he billed the company.

The trend even extended to Trump's political career. In 2020, a local news outlet in Arizona reported that the former president had failed to pay bills for political rallies he held in the state.

To make things worse, Truth Social isn't making any money yet, according to Fox.

A May regulatory filing about Truth Social's potential merger with media company Digital World claimed Truth Social isn't bringing in any revenue and may not until 2023.

With bills stacking up, no revenue and ongoing controversial investigations into the former president's business and leadership dealings, it's starting to look like Truth Social might not be the new Facebook, to put it lightly.

More on bad behavior: Experts Say Elon Musk Messed Up By Having Secret Children With His Employee

What's a Space Force?
Progressive Groups Call For Elimination of Space Force
11. 18. 20
Read More
Brands We Love
This App Uses Karaoke to Get You Speaking New Languages
5. 17. 20
Read More
Brands We Love
Learn The Coding Skills You'll Need to Land Your Next Job With These Online Classes
5. 14. 20
Read More
+Social+Newsletter
TopicsAbout UsContact Us
Copyright ©, Camden Media Inc All Rights Reserved. See our User Agreement, Privacy Policy and Data Use Policy. The material on this site may not be reproduced, distributed, transmitted, cached or otherwise used, except with prior written permission of Futurism. Articles may contain affiliate links which enable us to share in the revenue of any purchases made.
Fonts by Typekit and Monotype.