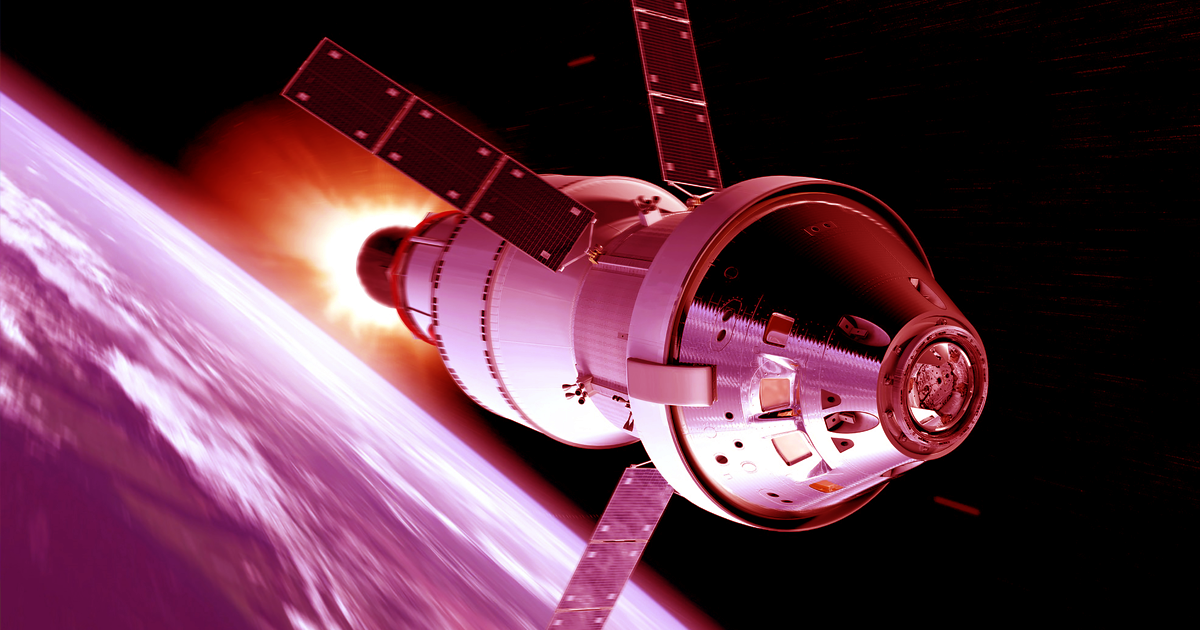 Trump: "NASA Should NOT be Talking About Going to the Moon"

Since becoming president of the United States, Donald Trump has had a lot to say about space — but his latest tweet on the subject might be his most confusing yet.

"For all of the money we are spending, NASA should NOT be talking about going to the Moon — We did that 50 years ago," he tweeted on Friday, including his signature capitalization of seemingly random words. "They should be focused on the much bigger things we are doing, including Mars (of which the Moon is a part), Defense and Science!"

The confusion stems from the directive to not talk about the Moon, but to also focus on a project "of which the Moon is a part."

If going to the Moon is a part of the larger goal, it seems Trump wouldn't want NASA to drop the mission, so is it literally the "talking about," perhaps in the form of interviews or press releases, that Trump wants the agency to knock off?

Hard to say. But hopefully, NASA knows what's expected of it.

As for the timing of the perplexing tweet, Trump sent it just over an hour after Fox Business' Neil Cavuto commented to his audience that "[NASA is] refocusing on the moon, the next sort of quest, if you will, but didn't we do this moon thing quite a few decades ago?"

So perhaps the tweet's not so much about NASA making changes as it is Trump reacting to what he sees on TV — which certainly wouldn't be a first.

READ MORE: Trump attacks NASA and claims the moon is 'a part' of Mars [The Guardian]

More on Trump: Trump Offered NASA an Unlimited Budget if It Sent Humans to Mars

Ice Ice Baby
Check Out This Moon-Shaped Ice Crystal on the Space Station's Window
Thursday
Read More
Weredata
Startup Announces Plans to Bury Server Farm on the Moon
Monday
Read More
Round Trip
NASA Reveals Early Plans to Send Two Astronauts to Surface of Mars
May 18
Read More
+Social+Newsletter
TopicsAbout UsContact Us
Copyright ©, Camden Media Inc All Rights Reserved. See our User Agreement, Privacy Policy and Data Use Policy. The material on this site may not be reproduced, distributed, transmitted, cached or otherwise used, except with prior written permission of Futurism. Fonts by Typekit and Monotype.