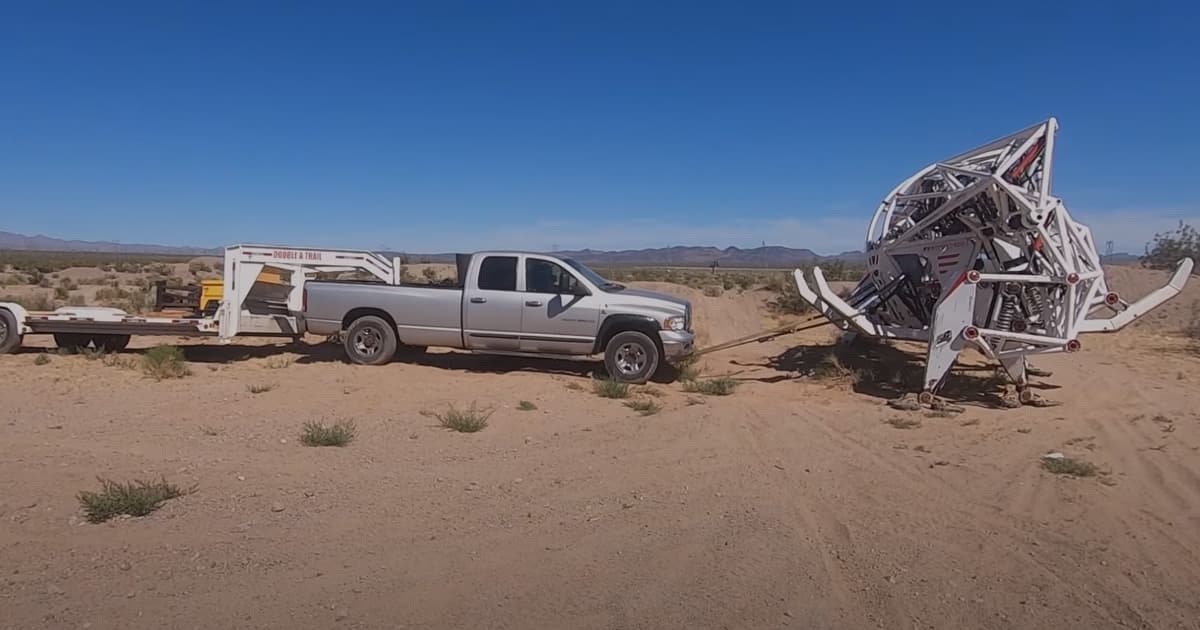 Now, This is Mech Suit Racing

Watch Dudes Tow a Pickup With a Giant Mecha Suit

Have you ever watched a giant mecha suit go off-roading?

Have you ever watched a giant mecha suit go off-roading?

Have you ever seen a giant mech suit pull a pickup truck in the desert? Neither did we.

Back in 2019, the folks behind the startup Furrion Exo-Bionics took their fully-functioning, 9,000 pound mechanized suit, called Prosthesis, for a spin in the Mojave Desert in California.

As seen in recently released footage, the massive suit was capable of pulling a pickup truck, along with a massive trailer. It's an awesome show of strength and agility — and perhaps a glimmer of what's to come.

The company is hoping to build out a "global racing league that would pit multiple world-class athletes in head-to-head competitions, through complex technical obstacle courses, wearing giant powered mech suits," as per a Kickstarter that launched last summer.

And we'll be cheering them on from the sidelines.

It's Big, it's Robotic, and it's Pretty Cool—Check Out This Giant Mechanized Exoskeleton
1. 7. 17
Read More
WTF
Supreme Court Gives Power Plants Green Light to Pollute As Much As They Want
3:06 PM
Read More
Cloud Spotting
NASA Needs Your Help Spotting Clouds On Mars
2:21 PM
Read More
+Social+Newsletter
TopicsAbout UsContact Us
Copyright ©, Camden Media Inc All Rights Reserved. See our User Agreement, Privacy Policy and Data Use Policy. The material on this site may not be reproduced, distributed, transmitted, cached or otherwise used, except with prior written permission of Futurism. Fonts by Typekit and Monotype.