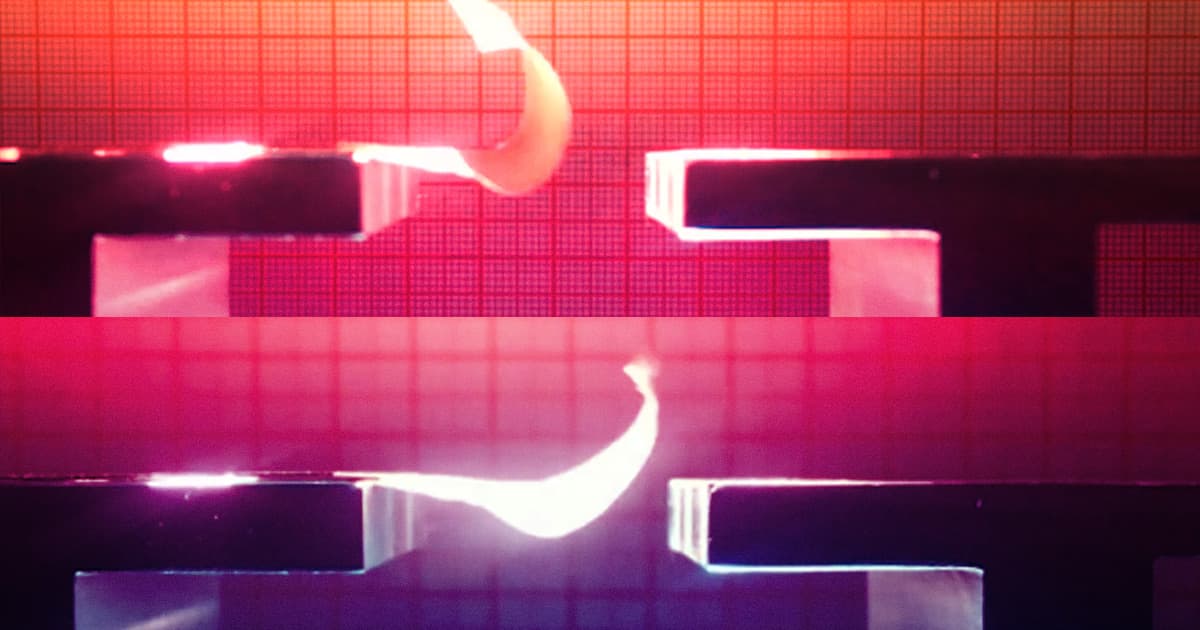 These Tiny, Solar-Powered Wings Flap Faster Than a Butterfly's

A team of Chinese researchers has created tiny wings that are capable of flapping faster than butterfly wings — and which need only sunlight as a power source. According to the researchers, the design could allow robots to fly without the need for batteries or could even be used to harvest solar energy.

The "flexible bio-butterfly wing" is essentially a thin coated polymer sheet with a special metallic film that reacts to changes in temperature. When the Sun shines down on the strip, the wing flexes as the metallic film expands more than the polymer layer.

Once curled, the metallic layer gets shaded below, causing the temperature to drop and the wing to unfold. This two-step process then cycles at up to 4.5 times a second, according to a paper the team published in the journal ACS Applied Materials & Interfaces.

To demonstrate the novel device, the team built an adorable whirligig and a tiny sailboat that are both entirely powered by sunlight. They even managed to build a device that turned simulated sunlight into an electrical current.