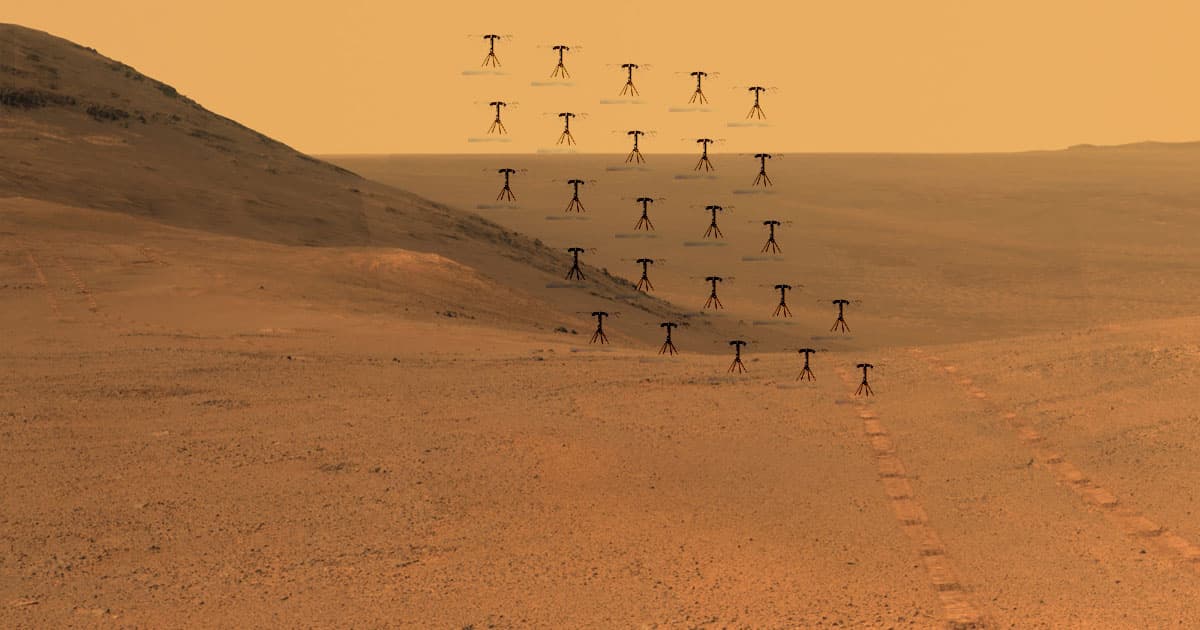 A doctoral student at the University of California, Berkeley named Palak Bhushan built two tiny robots: a flying one that can flap its tiny wings and weighs just one milligram, and a 75 milligram hopping robot that can jump up to eight millimeters six times per minute.

"One of the very good applications that we see her is for exploration... especially in the context or interplanetary exploration," Bhushan told Space.com.

Two papers describing of Bhushan's research were published to the preprint archive arXiv earlier this month.

Thanks to their tiny size and minuscule weight, the robots could make short work of tricky terrain. They could also land in mountainous and rocky regions where much larger rovers are not able to.

Theoretically, thousands or tens of thousands of the bots could be sent to the surface of distant planets, greatly improving their chances of survival.

Additionally, tiny flapping-wing robots could fare well in denser atmospheres thanks to much smaller energy requirements for travel. In low density atmospheres like on Mars, a hopping robot could have a much easier time getting around as well.

To make sure they don't get lost, Bhushan proposes to give the tiny robots a home base aboard a rover to aid in communication.

The Next Generation of Explorers Might be Tiny, Folding Robots
3. 26. 17
Read More
CHON: Legacy
James Webb Discovers Coldest Ice in Known Universe, Harboring Molecules Essential For Life
3:19 PM
Read More
Not a Scientist, Just Three Chatbots in a Trench Coat
Largest Publisher of Scientific Journals Slaps Down on Scientists Listing ChatGPT as Coauthor
3:16 PM
Read More
+Social+Newsletter
TopicsAbout UsContact Us
Copyright ©, Camden Media Inc All Rights Reserved. See our User Agreement, Privacy Policy and Data Use Policy. The material on this site may not be reproduced, distributed, transmitted, cached or otherwise used, except with prior written permission of Futurism. Articles may contain affiliate links which enable us to share in the revenue of any purchases made.
Fonts by Typekit and Monotype.