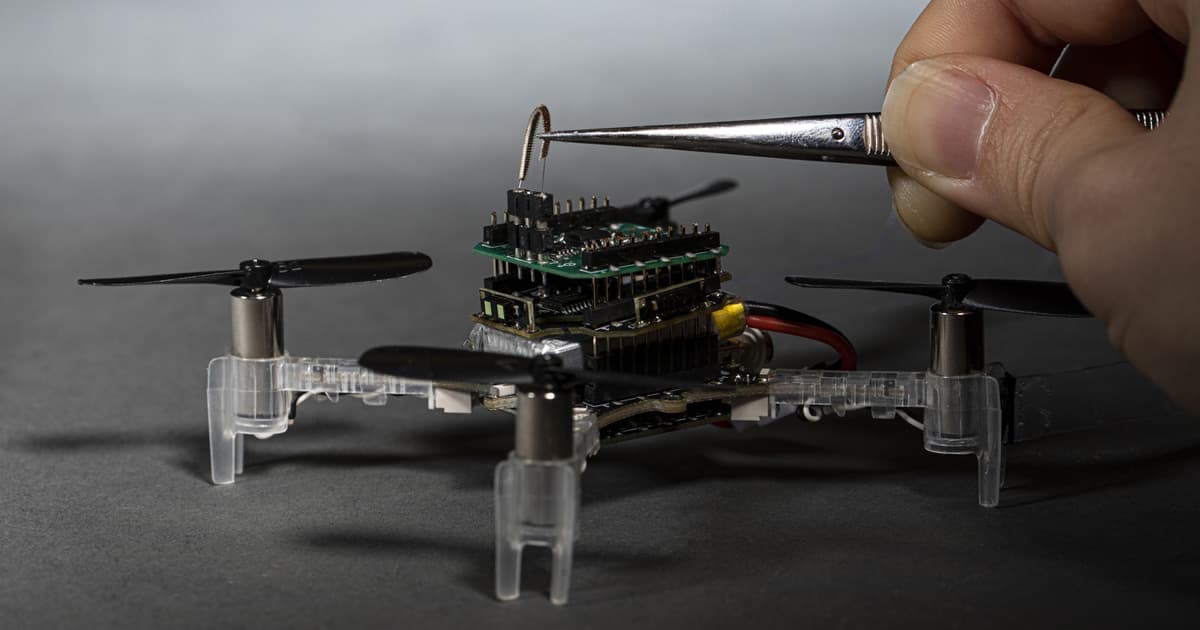 "Nature really blows our human-made... sensors out of the water."

"Nature really blows our human-made... sensors out of the water."

When it comes to tracking scents, technological sensors tend to fall short.

So when they were building a new smell-hunting robot, a team of University of Washington engineers instead turned to nature, equipping a small drone with an antenna plucked from a live moth, according to research published in the journal Bioinspiration & Biomimetics. The resulting cyborg, which they call the Smellicopter, uses the antenna's biological sensors to automatically travel toward the source of a smell while dodging obstacles — something the team says could safely one day identify gas leaks in homes.

The tube-like moth antenna slides right onto a pair of thin metal wires that enable the autonomous drone to pick up on its cellular activity. There's a spike in activity when it picks up on the floral scents a moth would be attracted to, and they say it operates much more efficiently and has greater sensitivity than anything humans could whip up in a lab.

Going forward, the trick will be to diversify the sorts of smells that the Smellicopter can respond to.

Tracking down the floral scents that appeal to moths is impressive on its own — but the ultimate goal is to find a way to hijack the antenna's cellular machinery so the drone can search for things like gas leaks, explosives, or even people who are trapped after a natural disaster.

READ MORE: The Smellicopter is an obstacle-avoiding drone that uses a live moth antenna to seek out smells [University of Washington]

More on insect robots: Tiny Spies: This Insect-Like Flying Robot is Smaller Than a Penny