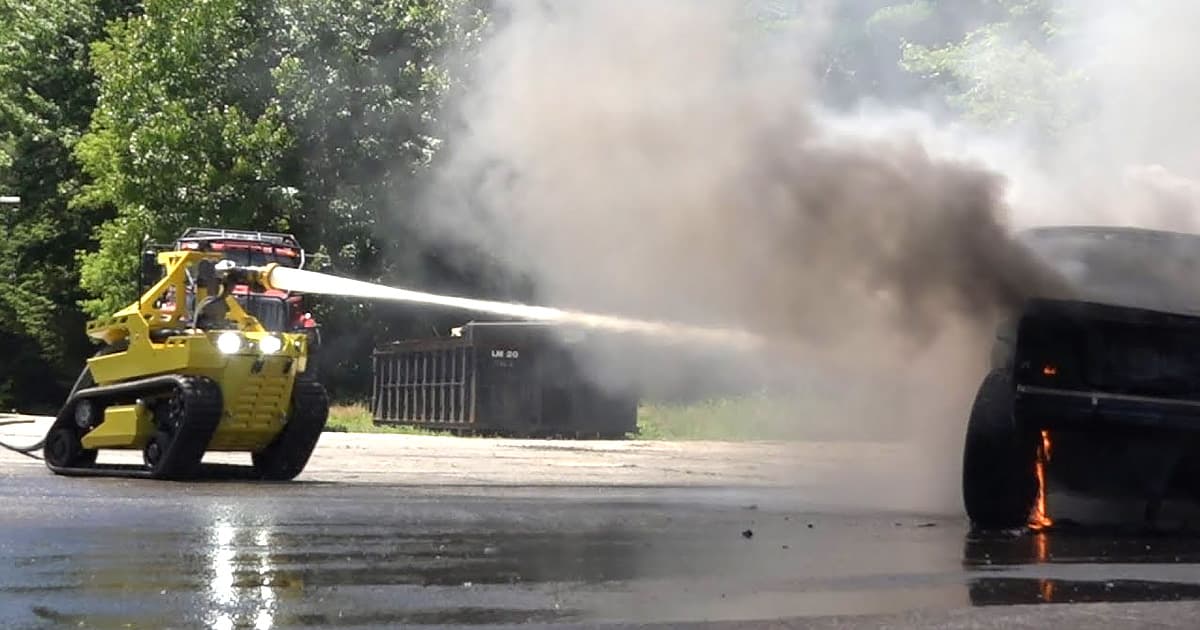 It just fought its first fire in downtown LA.

It just fought its first fire in downtown LA.

The Los Angeles fire department rolled out the first firefighting robot in the US at a major fire earlier this month, CNN reports.

The golfcart-sized Thermite RS3 Robotic Firefighting Vehicle features two tank-like treads, a plow attachment to push obstructions out of the way, and a powerful water cannon.

It can blast 2,500 gallons of water or foam per minute, according to the LA Times — enough to knock someone off their feet.

"You can turn the water cannon vertical and turn it into its own sprinkler system," LAFD Chief Ralph Terrazas told the LA Times. "It may make us rethink some of the ways we tackle fires when it’s available."

It may have a hefty $272,000 price tag, but it's capable of going where no human would be safe. "I can afford to lose one of these wonderful machines, I cannot afford to lose a firefighter," Terrazas told the Times.

During a October 13 fire at two industrial textile buildings in downtown LA, RS3 was the first to take on the flames, according to the newspaper. It even used its plow to gain entry to one of the buildings, allowing the team to "fight the fire from inside," according to Terrazas.

The US isn't the first to put firefighting robots into action. For instance, the Paris Fire Brigade called in a firefighting robot named Colossus fight the devastating fire at the Notre Dame cathedral in April 2019.

READ MORE: L.A.'s new firefighting robot is the first of its kind in the U.S. — and can go where humans can’t [LA Times]